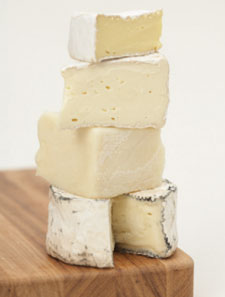 A creamery’s flagship cheese is a cheese of distinction, earned for its remarkable flavor, its cheese world accolades, or its status as first-born or most beloved within a family of cheeses.

Such traits make flagship, or signature cheeses, a natural starting point when trying a new-to-you creamery’s offerings. Many are named for local landmarks or weather patterns to capture the essence of where they’re crafted. Let’s get to know signature cheeses from several artisanal and farmstead creameries of note.

Treats from throughout our stores