As it becomes more urgent to address the effects of climate change, the Solid Waste Division in King County’s Department of Natural Resources and Parks is working to provide recycling and waste disposal services throughout the county while reducing its carbon footprint and overall environmental impacts. At the Vashon Recycling and Transfer Station, a recently completed solar project will help the division reach its climate goals, providing energy-neutral recycling and garbage service to Vashon Island residents for years to come. This spring, the Solid Waste Division worked with local installer Western Solar to build the new array—a connected network of 348 solar panels—on previously unused land next to the transfer station. This new facility will generate about 172,000 kilowatt hours of electricity per year, the equivalent of 24 single-family homes. (KingCountyGreen.com)

Brewer’s yeast used to make beer is typically discarded once it’s no longer needed. Sometimes, though, the leftover yeast is mixed into livestock feed as a source of protein and vitamins. Now, there may be even more reason to continue this practice, according to findings by a team of scientists with the Agricultural Research Service (ARS), Warren Wilson College, (WWC) and Asheville Sustainability Research (ASR), LLC of Ashville, North Carolina. Laboratory results the team published in the journal Frontiers in Animal Science suggest that using leftover brewer’s yeast as a feed additive may benefit the environment by helping cows belch less methane into the air as a greenhouse gas that contributes to global climate change. (ars.usda.gov)

The U.S. Small Business Administration (SBA) Seattle District 2022 Rural Small Business of the Year is Bluebird Grain Farms in Winthrop, Washington. Founded in 2004 by Brooke and Sam Lucy, Bluebird Grain Farms is a certified organic producer and processor, specializing in ancient grains, fresh-milled flour and whole-grain handcrafted blends. What started as a grassroots business venture to provide organic ancient grains to their local community has expanded well beyond their small rural town to become an award-winning, vertically integrated, value-added business that supports eight employees, a regional network of grain producers, and serves more than 19,000 customers. (SBA.gov)

The U.S. Interior Department, which helps oversee the country’s national parks, says it is planning to phase out single-use plastics on its land and facilities by 2032. The agency would be tasked with finding alternative materials to disposable plastics, such as cutlery, bags, cups, bottles, straws and food containers, it announced in honor of World Ocean Day. Suggested alternatives include paper, bioplastics, composite, reusable cloth, glass, aluminum, stainless steel, or any other compostable or recyclable materials. (NPR.org)

The U.S. Food and Drug Administration (FDA) has issued draft action levels for lead in single-strength (ready to drink) apple juice and other single-strength juices and juice blends. This action is intended to reduce the potential for negative health effects from dietary exposure to lead, and supports the agency’s Closer to Zero action plan that sets forth the FDA’s science-based approach to reducing exposure to toxic elements in foods. The FDA estimates that establishing a 10 parts per billion action level could result in as much as a 46% reduction in exposure to lead from apple juice in children. (FDA.gov)

Decades of unregulated agricultural pumping combined with a warming climate and prolonged droughts have wrung California dry and left a massive water crisis. A landmark law, the Sustainable Groundwater Management Act (SGMA), which was passed in 2014 and will be fully implemented over the next 20 years, is supposed to cut groundwater withdrawal and stabilize water levels. But a report recently released indicates that as local agencies try to figure out how to achieve that balance, some of the tools being proposed—including fees, limits on pumping and water trading programs—may harm historically marginalized farmers and small-scale farms. (CivilEats.com)

A powerful contingent of agricultural and produce grower groups has filed the latest salvo in a years-long battle over the pesticide chlorpyrifos, seeking to reverse a new rule banning the chemical from use in U.S. food production. Calling chlorpyrifos a “pest control tool that is critical” for growing crops, the coalition of 19 state and U.S. food and agricultural groups and one chemical company on May 24 filed their opening brief against the Environmental Protection Agency (EPA) in the 8th U.S. Circuit Court of Appeals. The move comes after health and environmental advocates successfully forced the EPA last year to announce a ban on the use of chlorpyrifos in farming due to scientific evidence showing the chemical damages children’s brains. (TheNewLede.org) 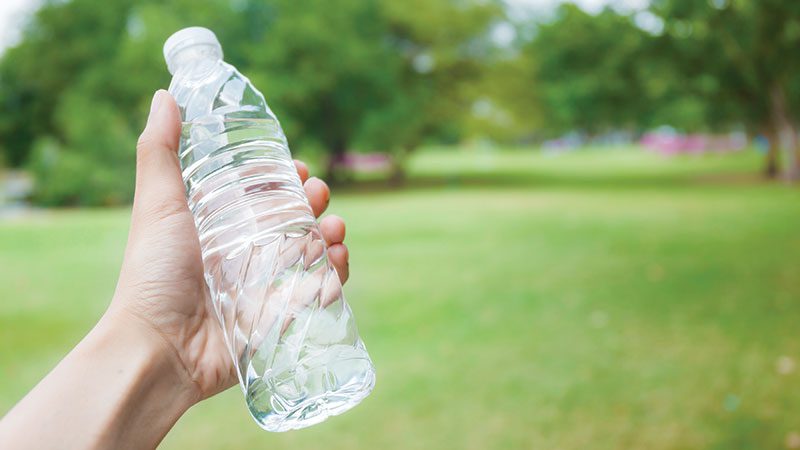 In an effort to address the growing plastic pollution crisis, the Canadian government announced final rules to phase out plastic grocery bags, cutlery, straws and other single-use products. Under the finalized rules, which were first proposed in October 2020 as part of the government’s plan to achieve “zero plastic waste” by 2030, Canadian businesses will have until December of this year to stop producing or importing six categories of single-use plastic: grocery bags, cutlery, straws, dishware, stirrers, and the six-pack rings used to hold together beer cans and other beverages. To give businesses enough time to use up their existing stock and adapt, a ban on the sale of these products will not go into effect until December 2023. (Grist.org)

High demand for pulses and tight supplies combined with supply chain snarls have led to shortages, the leader of the USA Dry Pea and Lentil Council says. “What usually would normally have taken a month to six weeks to get to a destination in Europe and the Indian Subcontinent now is taking three to four months,” Tim McGreevy, council chief executive officer, told the Capital Press. McGreevy expects exports to be off by upward of 40% from an average year; roughly 60% of U.S. peas, 65% of lentils and 50% of dry beans and chickpeas are exported. (CapitalPress.com)

A health nonprofit in Hood River, Oregon, is bringing medicine straight to farmworkers. This year, One Community Health launched La Clinica, a 35-foot RV that takes health services on the road, including to those who prune and pick cherries and pears in the Columbia Gorge. The clinic on wheels was born out of grants intended to lessen the impact of the coronavirus on communities, but administrators consider it a permanent way to make health care more accessible. (GoodFruit.com)

Clif Bar & Co. has announced that it will gift a $1 million endowment to the University of Wisconsin-Madison to further the study and advancement of organic agriculture. The endowment will specifically support the work of Erin Silva, PhD, a professor at the university’s College of Agriculture and Life Sciences and expert in organic agricultural research. Since 2015, Clif Bar has been making annual endowment gifts to land-grant institutions in an effort to expand organic agriculture research. (FoodBusinessNews.net)

Seven new sources of edamame soybeans are now available for use in breeding commercial varieties that can resist insects and disease, according to Agricultural Research Service (ARS) and University of Illinois Urbana-Champaign (UIUC) scientists.  Most edamame eaten in the United States is imported frozen from China and other countries in East Asia. However, American consumers’ increasing interest in the potential health benefits of eating edamame has prompted some growers to explore producing the vegetable crop domestically, raising the potential for fresh market sales in addition to frozen ones.  (USDA.gov)

Colorado’s Democratic governor, Jared Polis, signed legislation that many are calling the nation’s “most comprehensive” state law on per- and polyfluoroalkyl substances, also known as PFAS or “forever chemicals.” Under the bipartisan bill HB22-1345, manufacturers will have until January 1, 2024 to phase out PFAS from a wide range of products including carpets, furniture, cosmetics, food packaging, and fluids used in oil and gas production. The substances will still be allowed in cookware, but only with a disclosure label that directs consumers to a website explaining why PFAS were intentionally added—usually because of their nonstick and water-repellent properties. (Grist.org)

Millions of gallons of wastewater from homes and businesses from Seattle to parts of south Snohomish County are treated at King County’s West Point Treatment Plant every day, with the city’s combined stormwater/wastewater sewer system also flowing in. Right now, around two dozen major construction projects are underway—part of a series of upgrades totaling more than $600 million over the next 10 years. The projects will bolster the treatment plant against more frequent, more severe storms forecast to come with climate change.  (King5.com)

From schoolchildren to elders, innovative new farmers markets to treasured old community centers, see how PCC’s Food Access Grants will help nonprofit organizations around the region provide nutritious food to those who need it.

Aimee Simpson, PCC’s senior director of advocacy and environmental, social and governance (ESG) talked with a United Nations group on “how to learn from the past to feed the future.”

The “Dirty Dozen” and “Clean Fifteen” lists compiled by the Environmental Working Group are a good guide for when to prioritize organic produce if you have to make a choice. See what’s new for 2022.