The U.S. Department of Agriculture (USDA) will invest approximately $50 million in grants to support seafood processors, processing facilities and processing vessels through the Seafood Processors Pandemic Response and Safety Block Grant Program. This grant funding, to be distributed through state agencies, will help defray costs incurred by seafood processing facilities and processing vessels preparing for, preventing exposure to, and responding to the COVID-19 pandemic. Locally, the Washington State Department of Agriculture received a $2.4 million grant from the program. (usda.gov)

One in three people across America have detectable levels of a toxic herbicide linked to cancers, birth defects and hormonal imbalances, a major nationwide survey has found. Human exposure to the herbicide 2,4-D has substantially risen amid expanding use among farmers despite a multitude of health and environmental concerns, according to the first nationally representative study evaluating the footprint of the chemical. The study, published online in Environmental Health, found exposure was not uniform, with several subgroups including children aged 6 to 11 and women of childbearing age showing substantially higher levels of 2,4-D in their urine. (New York Magazine)

Bulk wine prices in Washington have climbed as out-of-state winemakers come to shop, while loosening pandemic restrictions have restored some on-premise demand and loyal drinkers seem to be trading up for more expensive bottles. That’s the good news for the Washington wine industry, according to market experts during the “State of the Industry” session of WineVit, the convention marketed and organized by the Washington Winegrowers Association. The bad news? Wine continues to lose ground in the retail market to spirits, and sales of bottles in the most common price ranges are dropping. (GoodFruit.com)

LA Plaza Cocina, the first museum dedicated to Mexican food and an extension of LA Plaza de Cultura y Artes, a cultural space in the heart of Downtown Los Angeles that hosts events, exhibits and programs that celebrate Mexican cultures, opened on February 7. LA Cocina, which boasts a modern kitchen complete with a large iron comal as the centerpiece, plans to be an interactive venue for local chefs and traditional cooks, a place to host cooking demos as well as accommodate private events. The museum’s first exhibit offers a window into the foundation of Mexico’s indigenous heritage of corn. (la.eater.com)

A team of scientists led by U.S. Department of Agriculture (USDA) Agricultural Research Service (ARS) researchers and their partners from Peru have created a new potato variety that is frost tolerant, making the crop more resilient to unpredictable climate shifts. The team evaluated potato species from the U.S. Potato Genebank for frost tolerance, ultimately selecting Solanum acaule and Solanum commersonii, both wild potatoes native to South America. The team combined these two species and evaluated the hybrids, selecting those that both withstood snap frosts and developed tolerance to much colder frosts; after years of testing, one of the thousands of offspring was selected to become a new cultivar named Wiñay. (ars.usda.gov) 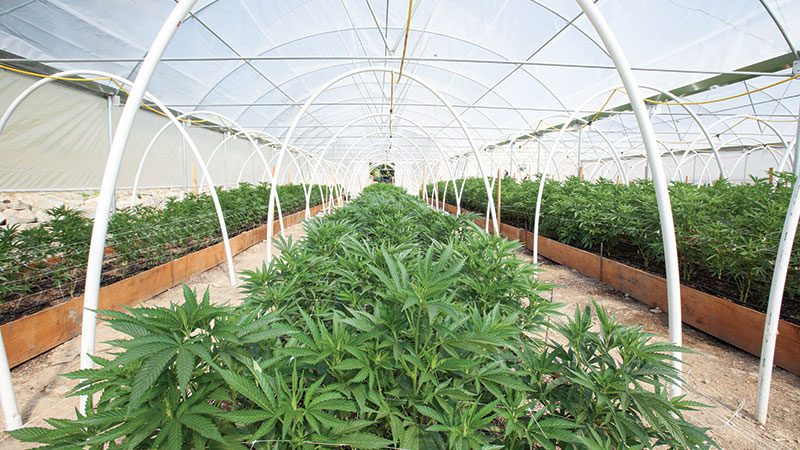 Results are in for USDA’s first hemp acreage and production survey, which was sent to growers last fall to collect benchmark data for the newly regulated crop. Industrial hemp was worth $824 million in 2021, according to the inaugural report published Feb. 17 by the National Agricultural Statistics Service. Unsurprisingly, hemp flowers used largely to extract CBD and other cannabinoids made up roughly three-quarters of the crop’s total value. (CapitalPress.com)

After more than 70 years, the federal government has decided that French dressing no longer needs to be regulated. “When the standard of identity was established in 1950, French dressing was one of three types of dressings we identified,” the Food and Drug Administration said in the final rule posted in the Federal Register. The other two were mayonnaise and just “salad dressing.” (NPR.org)

USDA distributed a small percentage of payments to farmers of color, veterans and new farmers under former President Donald Trump’s trade aid program in 2018 and 2019, according to a nonpartisan government report. The agency’s Market Facilitation Program was set up to distribute payments to farmers to offset losses from Trump’s trade war with China, a major buyer of U.S. agricultural goods, but was unevenly implemented, the Government Accountability Office reported. It paid “historically underserved farmers,” including new, female, veteran and minority farmers, a combined $818 million across the two years, or 3.6% of the total $23 billion it disbursed, the report said. (Reuters)

A new Stanford-led study reveals that the methane leaking from natural gas-burning stoves inside U.S. homes has a climate impact comparable to the carbon dioxide emissions from about 500,000 gasoline-powered cars. This extra warming from home methane leaks contributes about a third as much warming as the carbon dioxide generated by combustion of the stove’s natural gas, and sometimes exposes users to respiratory disease-triggering pollutants. The findings, published in Environmental Science & Technology, come as legislators in numerous U.S. municipalities and at least one state—New York—weigh banning natural gas hookups from new construction. (news.Stanford.edu)

The European (EU) Commission recently committed to banning caged farming in Europe. The proposal will cover animals including various chicken species, calves and rabbits and will go into full effect by 2027. Several EU Member States have already implemented full or partial bans on caged farming for egg-laying hens in France, for sows in Sweden and rabbits in Austria. (FoodTank.com)

Wildfires, invasive species and climate change are seriously threatening the Hanford Reach National Monument, and with it, a rare plant that grows only in one place in the world. This winter, a team of plant researchers is giving the Umtanum desert buckwheat new hope. Researchers and volunteers planted a second outcropping at the Cowiche Canyon Conservancy near Yakima. (OPB.org)

While much of the public’s attention—and funding for scientific research—has been funneled into efforts that focus on the impact of plastics in marine environments, the ones in our soils may be just as serious a problem. According to a recent report by the United Nations’ Food and Agriculture Organization, the earth’s soils may be more saturated with plastic pollution than oceans, and an estimated 80% of plastics found in marine environments are first disposed of on land. The report announces the first global call for action to protect agricultural soils from plastic pollution based on the “6R principle” for sustainable plastic use, which involves refusing, redesigning, reducing, reusing, recycling and recovering plastics. (CivilEats.com)

The New York Farm Laborer Wage Board agreed to set a path to a 40-hour work week for farm workers in New York, a landmark decision that was swiftly criticized by the agricultural industry and the Republican Party. The decision, a 2-to-1 vote of the panel, would lower the current 60-hour overtime threshold for farm laborers over a 10-year period, which would reach 40 hours by 2032. The board agreed to lower the threshold by four hours per week every two years beginning in 2024. (TimesUnion.com)

If plant-based meat alternatives continue to expand at their current rate, they will represent 6% of total meat consumption by 2030 — which means that manufacturers will need to produce 25 million metric tons of the products per year to meet demand, according to an analysis by The Good Food Institute. The report projects that to get there, the world would need at least 800 extrusion factories, each of which is able to produce at least 30,000 metric tons of extruded protein product per year, representing a total investment of $27 billion. (FoodDive.com)

When salty groundwater is used to irrigate almond orchards, production can be significantly reduced and the damage to trees can last for years, according to ARS studies. Years of droughts in central California, the primary growing region for the state’s $6 billion almond industry, have forced producers to draw ever deeper from aquifers to replace limited higher-quality surface water to quench thirsty almond trees. As groundwater levels have declined with pumping and drought, the quality of extracted groundwater in some areas also has declined as wells have had to reach deeper into levels with sediments of higher salinity. (ars.usda.gov)

Most avocadoes eaten in the U.S. are the Hass variety, but a tasty new option is now bearing fruit.

The Tulalip Tribe plays a leading role in Chinook salmon restoration work, and the fish is a crucial part of its culture and identity. The tribal fishery is one of the few that meets PCC’s strict standards for Chinook salmon.