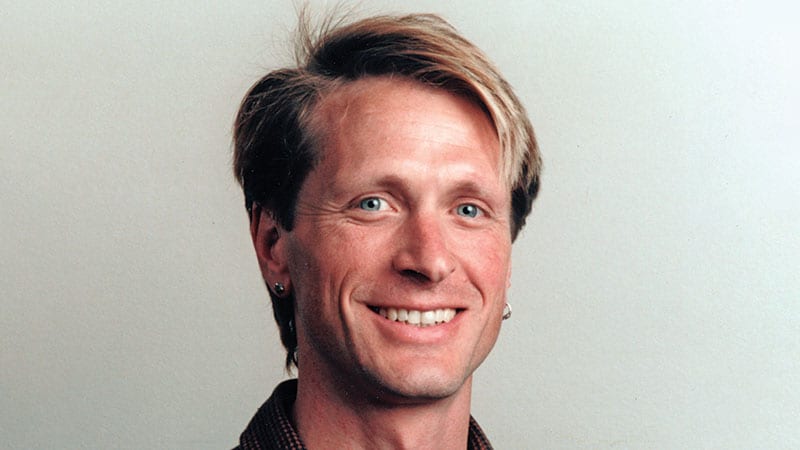 Scott McCormick was “an idealistic kid looking for a career with meaning” when he joined PCC as a part-time cashier in 1990, looking for a way to make the world a better place.

What McCormick didn’t know, he told PCC staff in a farewell message, was that he had stumbled into just that place.

McCormick retired earlier this year as PCC’s director of operations after a 31-year PCC career that included working at nine different stores, starting with the original incarnation of the Green Lake Aurora store. He likely led more stores than anyone else in PCC history, former chief financial officer Randy Lee told him at a farewell celebration, someone who was “everywhere that the cooperative needed you to make a contribution as you helped it grow.”

Colleagues from over the decades described McCormick as a kind, calm and capable problem solver—a deeply knowledgeable “ear and an advisor” who helped other employees reach their potential, whether leading bagging competitions at the View Ridge PCC, promoting co-op-wide cleaning contests, or generally helping PCC stores become integral to their neighborhoods. A Columbia City resident and former director of the Columbia City store, he once told Sound Consumer that “this is the world around me; not just where I work.”

Trudy Bialic, PCC’s retired director of public affairs and quality standards, wrote to McCormick that he “always brought intelligence and a humane perspective to any discussion. When you spoke, I knew it would be important. PCC was lucky to have you there in building the organic, regenerative food system.”

McCormick told staff that “the growth of PCC has meant we continue to have a larger positive impact on our communities and far beyond our PNW region. I don’t need to reiterate all those impacts, but I do want to share the gratitude for being part of something that the idealistic youngster that I was so long ago would have only dreamed.”