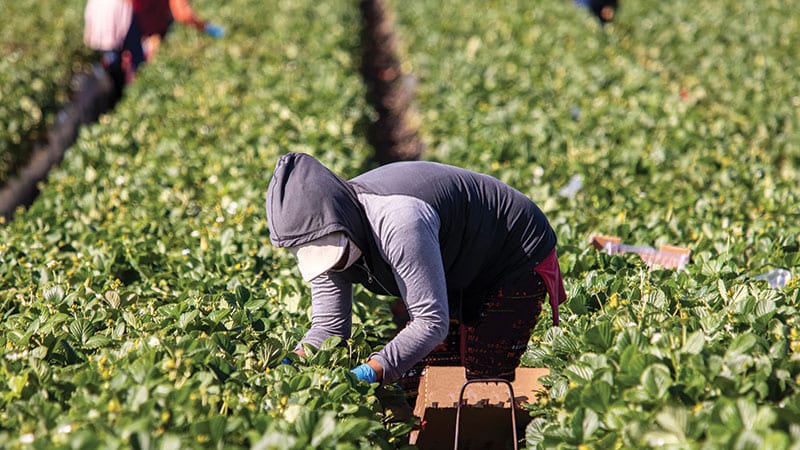 Environmental justice, while still far from a reality, is slowly shifting from piecemeal dream in Washington state to an integral requirement of new plans and policies.

The meaning behind the simple phrase is deep: eliminating health disparities among people and places by protecting water, land, air and culture.

When applied to food, that might mean laws governing farmworkers’ working and living conditions. For health, it could mean addressing pollution that’s historically been concentrated in poorer neighborhoods, as with ongoing cleanup work along the Duwamish River. The new approach, though, is to treat environmental justice as an essential, global building block rather than a fragmented patch.

History and the HEAL act

Environmental justice analyzes and accounts for where decision-makers have historically put pollution and allowed it to persist and sicken people and ecosystems across rural, suburban and urban areas. It also accounts for where transportation costs are expensive, sidewalks are scarce and housing is unaffordable—what researchers collectively call environmental health disparities. These disparities are linked to race and class, studies show.

People have known about these patterns for decades if not centuries. The environmental justice movement made national news in the 1980s when members of a majority Black North Carolina community protested PCB dumping in their fields, and a federal report found that most offsite hazardous waste landfills in the Southeast are sited in majority-Black areas. “At least 26% of the population in all four communities have income below the poverty level and most of this population is Black,” the authors wrote in 1983.

Awareness of environmental justice is growing, however, and that momentum is reflected in some recent political developments in Washington state.

The key components of that 2020 report were turned into Washington State Senate bill 5141, called the Healthy Environment for All, or HEAL, Act, approved by the legislature in April and signed into law. It seeks to define environmental justice in state law, “which may not seem super important, but having a uniform definition that’s applied across the entire apparatus of state government is actually really powerful because now they’re understanding environmental justice in the same way,” explains Charmila Ajmera, who helped shape the bill with the nonprofit Front and Centered.

The bill defines environmental justice as “the fair treatment and meaningful involvement of all people regardless of race, color, national origin, or income with respect to the development, implementation, and enforcement of environmental laws, rules, and policies.” This includes addressing disproportionate environmental and health impacts by prioritizing vulnerable populations and overburdened communities, equitably distributing resources and benefits, and eliminating harm.

Explains Ajmera, “As we’re spending money across the state, we need to make sure that it’s equitably distributed to communities that are already facing a disproportionate impact of pollution or other environmental health-related challenges.”

A floor, not a ceiling

Ultimately, the HEAL Act is “a floor, not a ceiling,” says Ajmera, mandating “that each of those state agencies incorporate environmental justice into their strategic plan.” This includes accounting for it in budgeting, and equitable community engagement and participation that’s “beyond sort of informing community about decisions that have already made,” she says. It directs agencies to “more actively foster partnerships and bring community in throughout the decision-making process so that ideally those communities are involved in decisions that are ultimately going to have the greatest impact on them because it’s in their community where they live.”

Even before this legislation, many groups in Washington have been working a long time to make environmental justice an on-the-ground reality. The Duwamish River Cleanup Coalition, El Centro de la Raza, Columbia River Inter-Tribal Fish Commission, Familias Unidas por la Justicia, and Latino Community Fund, to name a few, all have deep roots in the state and have worked on everything from air, water, soil and noise pollution to food security and its impact on community members’ physical and spiritual health.

When President Biden took office in January, he quickly signed executive orders in support of environmental justice. In January 2020 the Washington Environmental Council welcomed its new CEO, Alyssa Macy, who has deep roots in environmental justice work and is a citizen of the Confederated Tribes of Warm Springs, Oregon.

Exploring the map can provide surprising findings, including how dirty the air is where the reader lives. It’s also a valuable source of related community health information, with options to show farmworker housing, child care centers, and climate projections for 2050, among other things, which added literal and figurative layers to a look at what life is like for many other Washington residents.

When it comes to race and class, the map provides a perspective that’s both valuable and grim.

The HEAL Act would continue funding, refinements and updates to the map, which appears crucial especially as the planet plunges deeper into the effects of the climate crisis. Notes Ajmera, “Now we’re seeing more and more impacts that are climate-related as well.”

“Most of the agencies that are required to comply with the bill are very much leaning into this. We worked really closely with all of those state agencies to talk to staff as we were creating the bill to make sure that what we were putting in the bill functionally makes sense for how state agencies work. And a lot of those agencies really want more environmental justice work incorporated into their processes and to understand the importance of it.”

Food Access: Getting “extra” food to people, not landfills