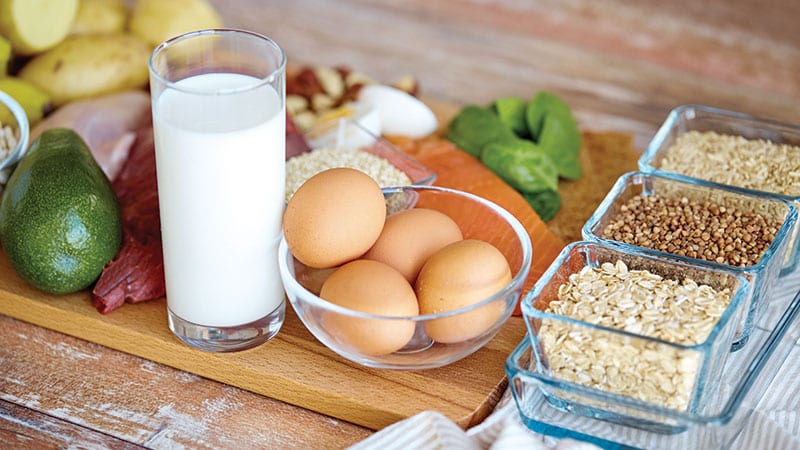 A little-noticed update to federal nutrition guidelines will play a large role in American life for years.

The document in question is the five-year update to the Dietary Guidelines for Americans. First established in 1980, the guidelines undergird the national School Lunch Program, form the basis for what’s fed to members of the military, and indirectly affect the way products on grocery shelves are formulated. The guidelines are also intended to help individuals and families follow a healthy diet. But are the recommendations truly healthy?

Answering that question requires an understanding of how the guidelines are developed in the first place. As with all such policies, politics play a role. This time, some recommendations from a scientific committee weren’t included in the final approved version. Food industry groups “had lobbied intensely against the scientific committee’s proposed new limits,” noted The Wall Street Journal. Still, the updates do include some new information and some solid takeaways that can help inform those looking for healthy choices.

Who comes up with these guidelines, anyway?

The U.S. Department of Agriculture (USDA) and the Department of Health and Human Services (HHS) adopt and publish new guidelines every five years. They look to recommendations from a panel known as the Dietary Guidelines Advisory Committee, which, among other things, reviews current science on nutrition and public health. In addition to ostensibly neutral experts, the scientific panel includes representatives from the food and agriculture industries—one of several politically tinged aspects of this process.

For the 2020-2025 update, observers were pleased with some of the Committee’s recommendations. Citing research that links higher levels of alcohol consumption with an increased risk of some cancers, the scientific panel recommended an upper limit of one drink a day, if alcohol is consumed at all. Recognizing that consuming excess added sugars has been linked with weight gain and obesity—which are also connected with chronic health conditions such as Type 2 diabetes—the panel recommended that added sugars should comprise no more than 6% of caloric intake.

Yet in the final guidelines, the agencies ignored those recommendations. The new guidelines essentially retain the amounts specified in 2015: added sugars at less than 10% of daily calories, and alcohol consumption limited to two drinks a day for men and one for women.

In rejecting the panel’s recommendations, the agencies wrote that “there was not a preponderance of evidence in the Committee’s review of studies since the 2015-2020 edition to substantiate changes.”

It’s also worth noting that many Americans would benefit even from following the 10% recommendation. On average, the U.S. population gets 13% of calories from added sugars. It’s easy to overconsume sugar without even realizing it. A single can of soda (which contains the equivalent of around 10 teaspoons of sugar) is 7% of many people’s recommended daily calories. Even many savory foods contain added sugars.

Other health groups also urged the agencies to eliminate dairy and meat products from dietary recommendations, making them optional instead. They pointed out that many people, particularly Black, Asian, and Native Americans, have lactose intolerance and cannot fully digest dairy products. They also cited evidence linking dairy to diseases that disproportionately affect people who are Black. Nonetheless, the guidelines recommend 3 cups of low-fat or nonfat milk a day for adults.

Kelly Morrow, chair of the Department of Nutrition and Exercise Science at Bastyr University, sees other problems with the guidelines. For example, there’s no mention of sustainability, even though food production has a major effect on the environment. “This was a missed opportunity to remind people that our food choices have an environmental impact, as well as a health impact,” she said.

She also noted the conflict of interest that’s built into the process. Part of USDA’s job is to promote agriculture. They’re surely not going to urge Americans to abandon any food category, she said. USDA also heavily subsidizes the production of commodity crops such as corn, wheat and soybeans. Grain helps feed animals raised for meat. And corn is in so many of the products on store shelves, ranging from pizza to soft drinks. “There’s a lot of conflicting messaging,” Morrow notes.

The guidelines aren’t just about health, she said. “It’s a mixture of science, economics and politics.”

And they’re not actually one-size-fits-all. They’re designed for generally healthy people; doctors often recommend much different diets for patients with serious health conditions. For some seriously ill people, following the guidelines could actually be harmful. 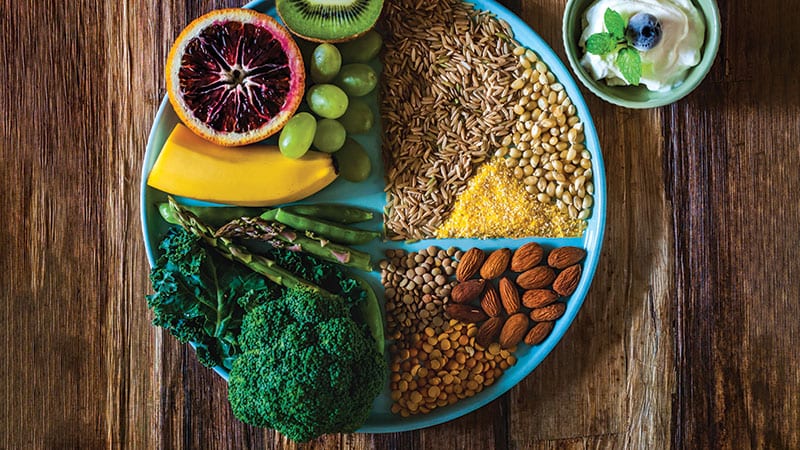 So, what should I be eating?

Despite these issues, there are a number of positives.

The latest guidelines include separate recommendations for different age groups—children, pregnant and breastfeeding women, older adults and more. It’s the first time since 1985 that recommendations for infants and toddlers have been included. Those recommendations include exclusive breastfeeding, if possible, until six months. They also recommend for the first time that children under two shouldn’t have any added sugars. Parents also are encouraged to introduce children to potential allergens, such as eggs and peanuts, before their first birthday; this has been found to reduce the risk of developing such allergies.

Morrow says the emphasis on eating a variety of fruits and vegetables, especially dark green, red and orange vegetables, is a key takeaway. She also likes the government’s acknowledgement that the recommendations are adaptable, depending on cultural or religious beliefs, personal preferences and budget. The guidelines also emphasize dietary patterns, rather than specific nutrient amounts. While the occasional treat is fine, the overall message is that eating more whole, nutrient-dense foods is good.

The truth of the matter is, most Americans don’t come close to following the guidelines anyway—not now, and not for the last 10 years or more. To move toward a more healthful diet, you don’t need to read the full, 164-page guidelines, though they’re available here. You’ll find one of the most important messages in the first few lines of the executive summary:

“The foods and beverages that people consume have a profound impact on their health.”

No matter what advances and arguments are made for the next set of guidelines starting in 2026, that advice is unlikely to change.

Maureen O’Hagan is a longtime journalist who has received national awards for writing about food, healthcare and other subjects.