Winning the “Salt Wars” could save lives 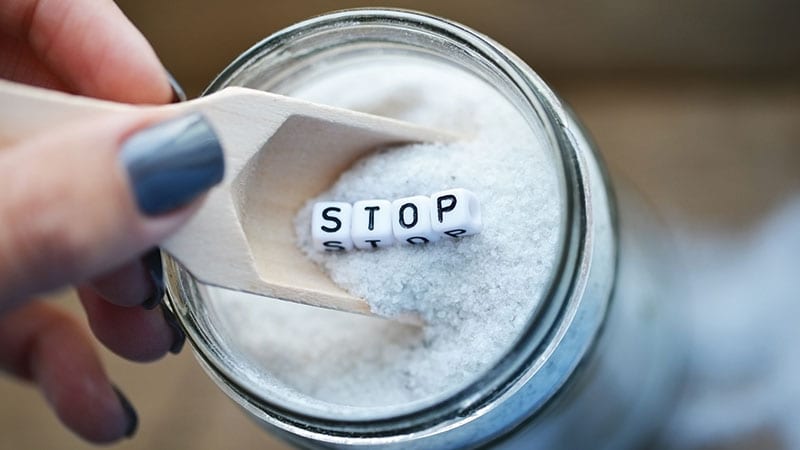 Most consumers are aware now that it’s good to limit added salt in their diets. But excess salt still leads to an estimated 100,000 annual deaths in the United States, along with about $20 billion per year in annual health care costs, according to the Center for Science in the Public Interest (CSPI), the respected nonprofit agency Jacobson co-founded in 1971.

“It’s a miserable situation where I think the scientific evidence has been clear for a long time,” Jacobson said in a recent Seattle Town Hall discussion sponsored by PCC Community Markets. Since the 1970s, he said, the mainstream scientific consensus has concluded that salt increases blood pressure, and that high blood pressure is a major risk factor for heart attacks and strokes. The data has only become more convincing in the decades since.

“The costs are just astronomical. Just amazing,” he said. The human costs go far beyond the dollar amount; beyond the fatal cardiovascular diseases are countless other chronic conditions affecting patients’ daily lives.

Despite the grim figures, Jacobson is far from resigned. In his recent book, “Salt Wars” (The MIT Press, $26.95), he notes that part of the problem is the hidden nature of salt and its ubiquitous presence in packaged foods, where it can be used as a preservative and plumping agent as well as for flavor. “(The) harm done from overly salted foods accumulates quietly and invisibly over the decades. No one writing obituaries or filling out death certificates attributes premature deaths to “salty diet,” he wrote.

“So, instead of being outraged and taking action, people continue to dine obliviously on high-sodium foods, most food manufacturers and restaurants do little to slash sodium levels in their products, and the federal government, largely because of industry pressure, has not made lowering sodium a high priority.”

Though attempts at regulation have been blocked or limited over the decades, Jacobson sees signs of hope.

“I think there’s an opportunity now to really make some progress and break this logjam of the last 40 years.”

Some salt in the diet is unavoidable. Americans get about 800 milligrams (mg) per day through naturally occurring salt in foods, such as eggs (about 60 mg) and milk (about 100 mg per cup for low-fat milk). However, the average American eats about 3,400 mg per day, far more than the recommended amount of 1,500 to 2,300 mg. More than 70% of that dietary sodium comes from packaged and prepared foods, according to the Food and Drug Administration (FDA).

“When our food comes preloaded with salt, we can’t take it out,” Jacobson said in the Town Hall talk with Dr. Jim Krieger, a professor at the University of Washington Schools of Medicine and Public Health and founding executive director of Healthy Food America (HFA).

In 1978 Jacobson filed his first petition with the FDA about sodium, with CSPI asking that the FDA establish limits for sodium in processed foods and reclassify salt as a food additive. Twists and turns and delays followed for more than 20 years, including lawsuits from CSPI in 1983 and 2005.

The prestigious National Academy of Sciences entered the picture in 2010, with its Institute of Medicine recommending that the FDA set mandatory limits on sodium in packaged foods.

“That really was a landmark report. So what happened? Not a whole lot,” Jacobson laughed.

In 2015 Jacobson returned to court and sued the agency to respond to the CSPI petition. They worked out an agreement where the FDA would issue voluntary targets for the industry to meet.

That idea has some precedent; it’s what Britain did in 2003. The country made good progress in its voluntary program, dropping its numbers by about 15% by 2011.

Britain started with “a major public service campaign” advising consumers to read labels and choose lower-sodium options. At the same time, the government met with manufacturers to try and persuade them to cut sodium in their foods, Jacobson said, occasionally “putting muscle in the recommendations” by publicly noting lower-salt options.

“That’s what the Food and Drug Administration could do” in the U.S., he said, suggesting a “salt czar” to pressure the industry to meet two-year targets and push to make them mandatory if not met.

The Obama administration made some improvements in the U.S., including reducing sodium in school lunches, but the Trump administration cancelled what would have been a following set of mandatory reductions. In a new Biden administration, Jacobson said they would seek further reductions.

Krieger noted that King County has been a leader in other public health issues around food, with nutrition policies including being the second in the U.S. to require calorie labels, taking action to get rid of transfats in baked goods and taxing sugary drinks. “There are things we’ve done that could apply to salt and sodium as well,” he said. (The county is now working with food pantries and some schools to source lower-salt products.)

More companies are now reducing sodium by replacing some of it with potassium salt, which can cut sodium content by 25% to 35%. (In December, the FDA announced it would allow manufacturers to list potassium chloride on labels as “potassium salt” to help consumers understand it is a salt substitute and potentially encourage them to decrease salt consumption.)

“Those are little things that can be done that have huge ramifications for the public’s health,” Jacobson said.

Individuals can read labels, choose lower-sodium options for canned and packaged foods, and cook more at home, as restaurant foods are generally high in sodium.

“Even if the government had mandatory reductions, that’s going to take many years—and we could start changing our diet now.”

The full discussion with Jacobson is online here.

Looking for low-salt or no-salt products at PCC? These items are among the many options: