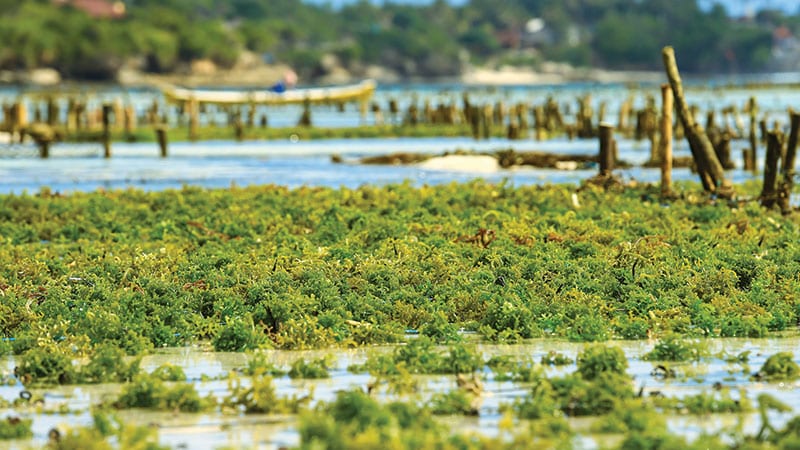 On Three Springs Farm in the Ozark Hills of eastern Oklahoma, visitors would sometimes ask Emily Oakley and Michael Appel what they used for fertilizer on their organic farm. Oakley was glad to tell them the farm used natural products on the three-acre property, including seaweed-derived products as allowed under U.S. Department of Agriculture (USDA) standards.

Later, as a member of the National Organic Standards Board (NOSB), Oakley spent years delving into the question of whether the government should regulate how seaweed is harvested for use in organic fertilizer. It became clear to her and many others there was a need to protect that crucial resource, which includes beds of kelp, against overharvesting and other potentially damaging consequences of its commercial use.

“It’s not just any species, it’s a foundational species. It’s host to so many other aquatic organisms,” said Oakley, whose term on the board ended in January.

At its most recent meeting, the NOSB approved a groundbreaking recommendation to phase in new requirements for harvesting “marine macroalgae” used to make fertilizers for plants and as soil conditioners. (Seaweeds are macroalgae; the word “microalgae” refers to single-celled organisms.) The new recommended parameters are meant to protect that vast ecosystem. Among other measures, they would prohibit harvesting seaweed in established conservation areas, including “areas identified as important or high value habitats at the state or federal level.” They would also address damaging harvesting practices, prohibiting “bottom trawling and harvest practices that prevent reproduction and diminish the regeneration of natural populations.” The guidelines also attempt to maintain the density and height of the stands of seaweed, and to monitor and prevent bycatch, other marine creatures that are caught unintentionally in the harvest.

To some degree, organic standards do exist for many wild foods—with exceptions like wild-caught fish, where it’s impossible to fully oversee their habitats or diets. Until now, though, regulators haven’t branched out into wild products used in organic fertilizers.

The board’s recommendation, formally known as an annotation, was the result of many rounds of discussion over years, including a panel drawing in scientists who are experts in marine macroalgae.

PCC supported the annotation as a significant step forward in the development of consistent and strong standards for organic for all marine materials. “(W)hether our consumers are buying seaweed snacks or eating food produced from inputs and ingredients derived from seaweed and algae materials, there is an expectation that these products have not caused detrimental impacts to the broader ecosystems wherever those impacts can be controlled,” wrote Aimee Simpson, PCC’s director of advocacy and product sustainability, in a letter to the board. “We would encourage the National Organic Project (NOP) and the NOSB to continue their work on this important issue and develop more comprehensive guidance and/or regulations concerning marine material harvesting of all kinds.” 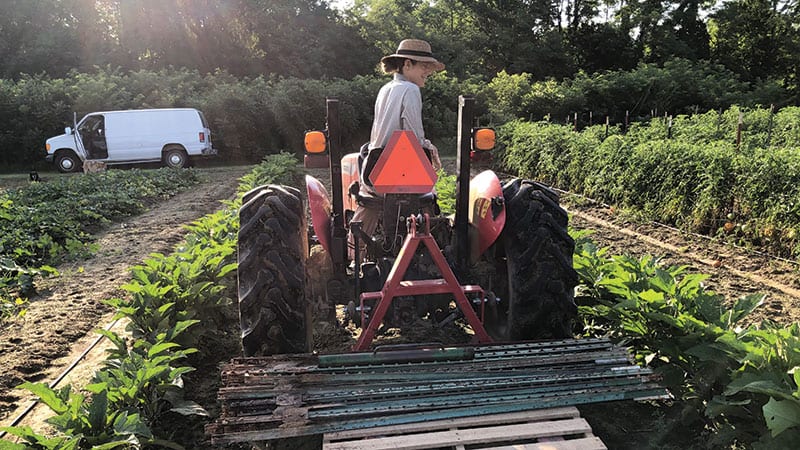 The National Organics Coalition, an alliance of diverse organic stakeholders, wrote that it recognized the board had spent countless hours seeking a middle path and balancing different views. It strongly supported moving forward with the proposal and then adding “robust guidance” as the next step, including spelling out parameters in more detail, as “most certifiers and inspectors are not familiar with marine ecosystems. Board member James R. “Rick” Greenwood said some of the seaweed harvesting has been like strip mining. He said he didn’t want to ask “what were we doing” 20 years from now, looking at some of the land that’s been destroyed.

Board member A-dae Romero-Briones said tribal communities who rely on seaweed harvesting have found seaweed beds decimated by overharvesting, putting their livelihoods at risk. Her family has harvested a bed for some 250 generations, and “to see it depleted in the course of two seasons is really, really alarming.” She said she struggled with the board’s proposal nonetheless because the tribal communities do not want the U.S. government to have a hand in regulating those traditional beds. She stressed that they must be included in the process.

Despite the proposal’s success, at its fastest the practical outcomes of such decisions are excruciatingly slow. To start with, the board’s actions are mostly advisory (although there are some specific powers invested in the NOSB through the Organic Foods Production Act [OFPA]; NOSB recommendations are provided to the Secretary of Agriculture but the government in many cases does not have a legal obligation [or has reinterpreted its legal obligations] to act on them). Failure to move forward with NOSB decisions has been a sore point with many industry groups in recent years.

The board’s marine macroalgae decision calls for creating a scientific task force to elaborate on the annotation and also address guidelines for a handful of specific species. “I think we’re talking at best a 10-year timeline if the new administration were to choose to act on it,” Oakley said.

Regardless, there is value to the board’s approval even for decisions that haven’t —or haven’t yet—made their way into law. Raising public awareness on concerns and assembling research and comments from all stakeholders has a value of its own, as does the board’s consensus on which practices should be required.

The macroalgae decision is unprecedented in some ways. “But it is also very much in keeping with the whole premise of organic agriculture, which for so many of us farmers is this notion of continuous improvement. That term gets thrown around a lot, but it’s true,” Oakley said.

“It is setting a tone and it is communicating a very important message that the organic community cares about its impact—not just on the farm ecosystem, but on the broader environment that we all depend on. And isn’t that really the promise of organic?”