Pebble Mine: A PCC advocacy timeline 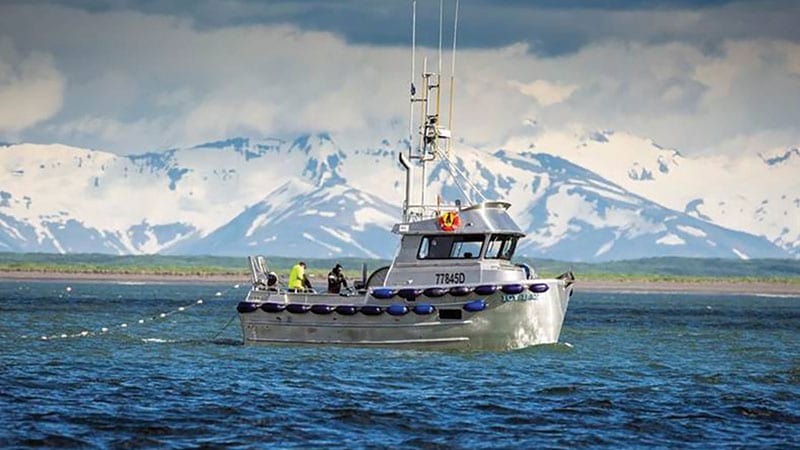 The journey of environmental defense projects can be a long one—a road that’s often fraught with more potholes, detours and dead ends than victories and desired destinations.

The fight to preserve Bristol Bay and prevent the proposed open pit mine (known as Pebble Mine) from irreparably damaging the largest (and still thriving) commercial salmon fishery in the world has been one of those arduous routes.

However, the U.S. Army Corps of Engineers’ 2020 announcement that it would not grant a necessary permit for the proposed project (discussed in greater detail here) is one of those rare moments where all who have been on the long road to defend Bristol Bay can take a moment to celebrate reaching a significant victory.

PCC’s decade-long engagement in the fight against the Pebble Mine makes the achievement particularly sweet and all of you who supported the effort deserve a well-earned, “Thank you!” But it is also a good time to look back and take stock of the often veering and bumpy advocacy road to appreciate the journey, prepare for continued advocacy efforts that will be needed to ensure permanent protections, and see what may work on other advocacy fronts:

1987-2007—Mining companies discover and secure development rights to the proposed Pebble Mine—estimated to be one of the largest deposits of gold and copper in North America.

2007-2009—A diverse and expansive coalition, including native groups, commercial fishermen, retailers, local residents, outfitters, conservationists, village councils and bipartisan legislators, begin to come together and speak out against the Pebble Mine, warning that risks to the Bristol Bay ecosystem and salmon are too great.

July 2010—PCC participates in Savor Bristol Bay—a week of events from July 4 through July 10 meant to highlight Bristol Bay’s sockeye salmon and call attention to the proposed Pebble Mine development and threat to the world’s largest sockeye fishery.

March 2015—As litigation continues, PCC’s CEO, Cate Hardy, sends a thank you to Sen. Patty Murray for her continuing efforts to protect Bristol Bay and support the EPA’s Proposed Determination.

June 2017—Sound Consumer alerts readers and PCC members to the Trump administration reversal and withdrawal of the EPA’s Proposed Determination and intention of U.S. Army Corps of Engineers to move forward in the permitting process.

April 2019—PCC joins Businesses for Bristol Bay in requesting the U.S. Army Corps of Engineers to suspend its review of the Pebble Mine permit application. Brenna Davis, VP of Social and Environmental Responsibility, joins Tom Douglas and other Seattle-area business leaders at a press conference, focused on raising awareness about the need to protect wild salmon resources and stop the Pebble Mine.

May-June 2019—PCC urges Sound Consumer readers and members to oppose the development of the Pebble Mine and the U.S. Army Corps of Engineers draft Environmental Impact Statement (EIS). PCC submits comments calling out several flaws in the EIS, including the failure to acknowledge the concerns raised by the EPA’s Proposed Determination and potential impacts to the Bristol Bay watershed and fishery.

December 2019—Organized by Salmon State, PCC joins other salmon industry leaders in visiting Senator Patty Murray’s Seattle office to emphasize the continued need for resistance to the Pebble Mine development.

August 2020—With time running out, PCC signs on to a Businesses for Bristol Bay letter to the U.S. Army Corps of Engineers—again emphasizing the EIS shortcomings and requesting suspension of the permitting review until “the Pebble Partnership delivers sufficient environmental baseline and economic data as well as a comprehensive mitigation and reclamation plan.”

November 25, 2020—U.S. Army Corps of Engineers announces the denial of the Pebble Mine permit.

While we know that these actions were but a small part of the incredible efforts taken by the tribes of Bristol Bay, Alaskans and so many more, we also are proud of the support of our members and community to be able to partake in these efforts and help make a difference.

Of course, advocating for that which we all care about is never truly done. We are excited to continue to support efforts to make the protections for Bristol Bay permanent and defend any potential challenges to this decision, as well as find new ways to protect the wild salmon that are such an important part of our region’s food system and culture. For ongoing information on our advocacy work and opportunities to participate, sign up for the PCC Advocates email here.

Winning the “Salt Wars” could save lives