Making local food more than a cause 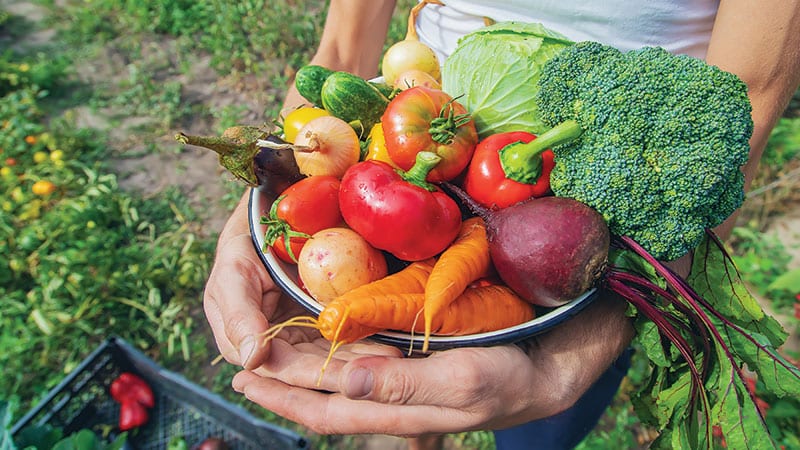 For more than 10 years, Growing Washington delivered fresh fruits and vegetables from its diversified organic farm in Whatcom County to hundreds of people throughout the Puget Sound region.

There was clear hunger for the popular Community Supported Agriculture (CSA) program. It was financially viable in theory, said co-founder Clayton Burrows, and membership retention was strong. Yet the program shut down in 2019.

One big reason was lack of labor—Burrows had just become a father and his CSA manager was moving back to the city. A mid-sized operation like his requires skilled workers in a variety of positions—farm hands, delivery drivers, marketing, sales. Skilled workers aren’t exactly flocking to rural areas to become farmers, especially given the industry’s typically low wages and scant benefits.

Meanwhile, demand was concentrated in wealthier urban areas. The farm sold most of its shares to communities 100 miles away, and these deliveries were becoming more costly. “Ideally we’d be able to sell all the shares we want in Whatcom County and avoid Seattle altogether,” Burrows said. “But probably 90% of our customers were in King County.”

Such challenges point to an intrinsic fragility within the local food system as a whole. A small farm’s success depends not only on demand, but on where that demand is coming from. It also depends on the farmers’ support systems. And, as the coronavirus pandemic threw into sharp relief, it ultimately depends on the willingness of consumers and governing agencies to consider local foods as an essential cornerstone in a stable food system, not an optional luxury.

For years now, the local food movement has been an important cause to people concerned with industrial agriculture’s impact on their own health and on the environment. The movement has seen some promising results: A 2018 Gallup poll found that nearly three quarters of Americans surveyed said they actively try to include locally grown foods in their diets. Retailers are carving out more shelf space for local products—a consistent priority for co-ops like PCC Community Markets. Despite those efforts, industrial agriculture has remained on a dominant trajectory. According to the King County Local Food Initiative, founded in 2014 to strengthen the region’s “farm to plate pipeline,” less than 2% of the nearly $6 billion King County residents spend annually on food and drink is actually grown in King County. And that’s despite the organization’s tireless work and the region’s relatively high support for local foods.

By nature, urban areas like King County face issues with disappearing farmland, but throughout the U.S. it appears as if the industrial system has only been propped up more firmly. As of 2017, the largest 4% of U.S. farms (more than 2,000 acres) controlled 58% of the country’s farmland. While the number of the tiniest farms increased, so did the number of those very large ones. Small and mid-sized farms, like Growing Washington, were disappearing. In just five years, 14 million acres of farmland were lost, continuing a trend that’s been evident since World War II.

With the ongoing industrialization, centralization and simplification of the nation’s food systems, robust support systems required by small farmers have deteriorated.

This was already abundantly clear to farmers like Burrows as he weighed various business models against the changing physical and economic landscape. Shortly after he shut down his CSA to restrategize, the COVID-19 pandemic provided both an unexpected complication and some hopes for a new direction. With empty shelves at many traditional venues, shoppers shifted gears and helped protect small farms, restaurants and other food businesses from insolvency by donating, signing up for CSAs and visiting farm stands.

After farmers markets and restaurants closed, for instance, One Leaf Farm in Snohomish started selling vegetables by the box, and their community didn’t skip a beat. “We actually had to take a week off to wait for our field to catch up with demand!” said Clara Vannice, a farmer at One Leaf.

Local CSAs sold available shares with record speed—a trend seen around the nation. Seattle Neighborhood Farmers Markets collected donations from the public and supporters like PCC shoppers and distributed them among small farmers. Food banks facing unprecedented demand were supported with thousands of dollars’ worth of local produce.

Growing Washington, which sold only at farmers markets and to restaurants after dropping its CSA, lost more than $40,000 in two weeks as the pandemic closed or strained those outlets. The farm quickly activated an emergency food delivery system by leveraging their established CSA network. Members donated nearly $14,000 to get the program off the ground and volunteered to deliver additional produce to vulnerable neighbors. The farm sold 1,200 shares in less than 24 hours.

“I won’t soon forget how inspiring it is to see neighbors rally around something as simple—yet essential—as food,” said Burrows. “If anything, this pandemic has taught me the need for, and the power of, a community.”

Such passionate support flourished beyond the Northwest. Casey Cutler, executive director of Good Local Markets, a Texas-based nonprofit working to create a stronger demand for local foods, saw a sharp increase in farmers market sales as soon as they were able to reopen. “We’ve seen two kinds of new shoppers,” she said. “People who view markets as a safer or cleaner option than the grocery store, and people who are committed to supporting local businesses. We think a new wave of supporting local is coming.”

It was a big help—but ultimately, even that swelling of local assistance from individuals was not enough.

Many farmers and food businesses impacted by the pandemic were excluded from federal assistance, even as they stepped up to feed their communities. When social gatherings and events were banned, farmers markets across the country had to fight to stay open.

“Our markets receive permits from the Office of Special Events, therefore classifying us as an event,” said Casey. “We took immediate action to clarify that farmers markets are an important part of the food system and should be considered ‘grocery exempt’—given the same rights as grocery stores.”

The same story played out in Washington, where despite their categorization by the governor as essential services, farmers markets were initially suspended by city officials who categorized them as public gatherings or events.

“The amount of time and energy that it took for organizers and farmers to convince city officials was a little ridiculous,” Vannice said. “Officials made me feel that they see supporting small farms as more of an act of charity than an actual food source.”

Much of the revenue lost with the closure of restaurants, markets and other businesses will never make its way back to farmers. After 10 weeks of their emergency food program, with plenty of demand for more—but with the same barriers to profitability as before—Growing Washington shut its doors for the season to regroup once more.

“Farming the way that we do is incredibly challenging and hasn’t proven to be as financially viable as needed,” Burrows said. “But it is also extremely rewarding and, as it turns out, essential.”

The remaining problem: how to reconcile the “essential” part of small local farms with financial viability.

Local food has to be more than a cause.

Despite the best intentions of the local food movement, local farms are still often treated like optional accessories to our food system rather than essential parts of our food supply.

“Based on public talk about supporting local farmers, the demand should far outstrip the actual number of farmers growing food,” said Alicia Guy, a former PCC Community Markets employee and small farmer in the Snoqualmie Valley. “The trick is converting the intention to support local farmers into a real, tangible commitment.”

That might take governmental intervention such as reduced taxes or other financial incentives to help working farms producing local food compete with larger-scale farms and producers. It might take rethinking processing and distribution models and locations to accommodate more diverse production areas and sizes. It might take more tolerance for higher prices than many shoppers currently support. At a higher level, it will certainly take an ongoing, active struggle against an entrenched system that favors industrial agriculture.

Local farming has a value on its own, one that by nature can’t be globalized.

It’s been hard to get that message across, especially for fatigued consumers who want to support sustainable farming—and might be able and willing to pay a price premium—but don’t have time or energy to sort through the details.

The pandemic has made it easier to see now that local farmers are crucial to the health of our bodies, our communities and our planet. As we consider what larger policies and new systems can support small local farmers, we might consider a new argument for the movement: We should buy locally grown food not because times are hard and small farmers need our help, but because we ultimately need theirs.

Sarah Reeves is a writer and Northwest native who has worked within the local food system for the last eight years.