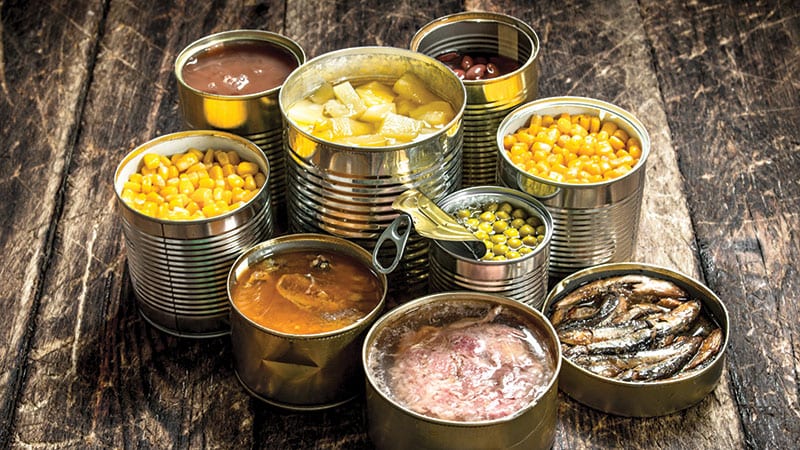 A decade after angry parents, environmental advocates and health advocates demanded that the food industry remove the chemical Bisphenol A (BPA) from the lining of metal cans, consumers continue to wonder whether packaging in canned foods poses a safety risk.

The answer, like the history of BPA itself, is complicated.

The good news is that most food cans are now BPA-free. And the metal can industry says the alternative linings it developed to replace BPA coatings are tested to be safe and effective. But some health experts worry whether that’s really the case.

“There are a lot of misconceptions about the replacements, and the transparency is really lacking,” said Samara Geller, a senior research analyst at Environmental Working Group (EWG), an advocacy and research nonprofit. “You have a potent mixture of chemicals in each lining, but we don’t know how they’re interacting together and how they’re interacting in our bodies.”

The push to retire a controversial chemical

BPA has been used in food packaging since the 1960s. It was a key component in the lining of metal food cans, beverage cans and plastic bottles, including baby bottles and sippy cups. It’s still found in products ranging from electronics to cash-register receipts (though not in PCC’s receipts, see below).

For decades, BPA was considered the workhorse of the industry due to its durability, cheapness, and universal application for different foods, including acidic ones. It protected canned food and drinks from coming in direct contact with metal, prevented corrosion, provided a barrier to bacteria, and helped maintain flavor and freshness.

But in the late 1990s, health advocates and scientists sounded the alarm about BPA’s ability to leach from the cans into food and drinks. Studies showed that even in low doses, it can act as an endocrine disruptor, affecting certain hormones and the brain, leading to cancers, obesity and other disorders.

Some controversy surrounds the science: at least one study found that levels of the chemical in people’s blood are much smaller, meaning it has no adverse effects on humans—though other studies have since disputed the claim.

The U.S. Food and Drug Administration (FDA) has long maintained and continues to believe BPA is safe at current levels. Given the lack of federal response, more than 30 states and localities stepped in, introducing policies to ban or restrict BPA, mostly in baby bottles and sippy cups (though a few regulated all food packaging and other products). California listed the chemical as a reproductive toxicant subject to regulation by Prop. 65. Eventually, the FDA also banned the chemical from baby bottles and sippy cups and then from infant formula packaging.

Although most bans did not include metal or beverage cans, consumer pressure led manufacturers to develop a slew of alternative BPA-free linings over the past decade. According to the Can Manufacturers Institute, the industry trade group, more than 95% of can manufacturers today use non-BPA lining that’s safe to consumers.

“Next-generation linings are formulated from materials that have never been suspected to have endocrine activity,” Sherrie Rosenblatt, a spokeswoman for the Can Manufacturers Institute, said in a written statement. (See below for PCC’s position on BPA.)

Alternatives are not transparent, understudied

While manufacturers’ move away from using BPA lining is a positive development, health advocates say little is known about the impact of the alternative linings that have replaced it.

Alternative linings, which have been developed by food container manufacturers over the past decade, exist in multiple formulations, but there is no way to determine the specific chemicals used in each mixture, their concentrations, how they interact with each other, or how they are produced, said Janet Nudelman, director of program and policy at Breast Cancer Prevention Partners, a California-based nonprofit. The companies produce the compounds in-house, with no transparency, and there is little or no research about the safety of the final products (including whether any of the chemicals leach from the linings into food, their impacts on the human body, and whether they break down in the environment).

Manufacturers do provide studies and other information to the FDA, but it is not available to the public. In some cases, when companies deem their product as “Generally Recognized As Safe (GRAS),” they do not have to provide any information and the chemicals are not subject to pre-market review and approval by the FDA. Experts and health advocates say the GRAS system is flawed and has become a dangerous loophole, allowing companies to decide for themselves whether a chemical or food additive is safe.

“The public knows the can is BPA-free but doesn’t know what is used instead. So consumers can’t really make informed purchases,” said Nudelman.

The most common of the alternative linings use acrylic, polyester, PVC from vinyl, oleoresins, plus a slew of other chemicals that are mixed with them. Even some of the disclosed ingredients are problematic, said Geller with EWG. Vinyl/PVC, for example, is a known carcinogen.

The topic is especially taxing because canned food is a staple in the American pantry and is vital for some people.

“Some communities heavily rely on canned foods, so for them it’s more difficult to avoid cans” due to a lack of access to produce,” said Geller. Rinsing the canned food might help remove some of the chemicals, she added, but is not foolproof.

Cans also are very recyclable, said Nudelman, a boon given the amount of packaging pollution across the nation. But some of the lining compounds do not readily break down in the environment, such as polyester. And the chemical mixtures must be safe, she said, otherwise they could leach into the environment when recycled.

There was one notable exception to the lack of transparency in developing an alternative to BPA lining. In 2010, when the packaging company Valspar looked to develop a new lining, its scientists realized that all of the alternatives could not match the universality of BPA lining: they did not work for all foods, required slower manufacturing lines and multiple coatings, and had a shorter shelf life.

Instead, Valspar—purchased by The Sherwin-Williams Company in 2017—set out to find a bisphenol that wasn’t an endocrine disrupter. And the company bet on transparency, allowing academics and health advocates to scrutinize and test the new chemistry.

Scientists at Tufts University, Baylor College of Medicine, University of Massachusetts at Amherst, and the government-funded Interis laboratory in France studied the chemical, known as tetramethyl bisphenol F (or TMBPF). They found it did not mimic estrogen’s effects and did not leach into foods (although some of the studies proved inconclusive). The test results are public and accessible, including on the company’s website.

Health advocates have praised Sherwin-Williams for its unique approach to lining development. Since its commercial launch in 2016, the new lining has been adopted by “billions of food and beverage cans,” though metal food cans make up a small percentage of that total given that they already had developed other alternative linings, the company said.

Maricel Maffini, a Frederick, Maryland-based biologist and expert on toxic chemical issues, was hired on by the company as a consultant and published one of the studies. As she put it, “The overall message is that, where consumers are involved, that there should be transparency about the safety of products, how they are regulated, who reviews the safety and how, instead of such determinations being made by the companies who profit from the chemicals.”

PCC has shared concerns about bisphenols with consumers at least since 2006 when we first began reporting concerns about these chemicals in Sound Consumer.

In 2014 PCC became the first grocer in the nation to use Alpha® Free receipt paper, which is made from paper free of bisphenols.

PCC has also urged the National Organic Program (NOP) to require that BPA be removed from packaging in organic foods. The NOP initiated the topic in 2014 but it has been on hold since 2018.

Co-op standards, though, do not prohibit use of bisphenols, in part because packaging additives are not declared by manufacturers and frequently change and in part because, as noted above, many canned foods manufacturers now use alternative linings. Field Day, for instance, a major supplier of organic canned foods, uses ”BPA-Non Intent” packaging for all its canned products, meaning that BPA is not an intentionally added substance. Because BPA exists at low levels in our environment, Field Day and other companies say the term BPA-free cannot be used with 100% certainty. EWG offers a searchable database online of food and drinks packaged in materials that may contain BPA. Find it here.