Getting to know the kiwi berry 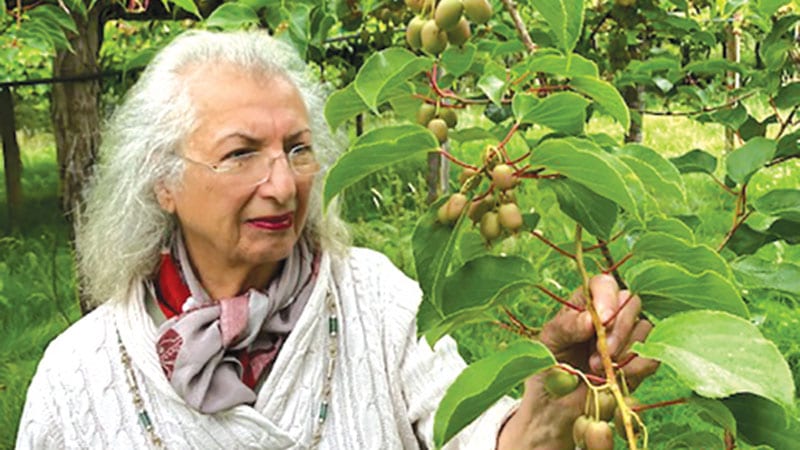 In early to mid-fall, watch for a relative newcomer to the produce section. It might look like a bright green or pinkish berry, but when you take a bite, you’ll wonder if you’re eating a tiny kiwi, complete with a little circle of seeds inside.

Meet the kiwi berry, a crop that’s becoming increasingly popular in U.S. markets and is known to the farming community as a hardy kiwi (as well as many other names, including their technical one: Actinidia arguta). While the berries are related to the larger kiwis most of us know, these are grape-sized and fuzz free, making it easy to pop them into your mouth, no peeling required.

Kiwi berries are still a small specialty fruit crop in the U.S., though they’ve become a more common sight in recent years.

Kiwi berries are native to Japan, Korea, Northern China and Eastern Russia, but it turns out the Northwest is a perfect place for them to thrive, in part because of its temperate climate. The Northwest is one of the only areas in the U.S. where kiwi berries are grown locally, in fact, with farms in Washington and Oregon (there are also a handful on the East Coast).

According to PCC produce merchandiser Joe Hardiman, kiwi berries came to the U.S. in 1877 when an explorer brought over a Japanese variety. “Soon other species from Asia and Russia began to appear in home gardens and arboretums. Gardeners and horticulturists of the time, smitten with any plant that could blanket a wall, praised the vines for their vigorous, twining growth and ample foliage,” he says. “It was a century before the fruit’s potential was considered.”

PCC sources its kiwi berries from Organically Grown Company (OGC), its primary organic produce supplier. They were a surprise crop for OGC grower Farah Ramchandani of Nine Star Ranch in Wilsonville, Oregon, who discovered a wealth of these vines after she bought her property. Though the previous owner had shipped them to Japan once they were ripe, after she’d tasted the harvest, she knew she wanted to spread the word about the berries to Northwest customers. She credits most of her initial sales to the samples she hands out. According to her, once you taste them, it’s hard to stop.

Hardiman recommends waiting to eat them until they are soft, when they will be at peak sweetness. Dennis Wilde, of Popeye’s Girlfriend Farm in Sutherlin, Oregon, another OGC grower, describes them as brighter and a little sweeter than a traditional kiwi.

Though their larger cousins are great for you, kiwi berries are even more dense with nutrients. They have more vitamin E than an avocado and five times the vitamin C of an orange. They pack more potassium than a banana and lots of fiber and folic acid—a wonderful addition to your routine. Since you’ll start to see them in the market in mid-to-late September and into October, the timing is right for changes in weather and needing that extra nutritional boost.

Yet another reason to live in our corner of the country. 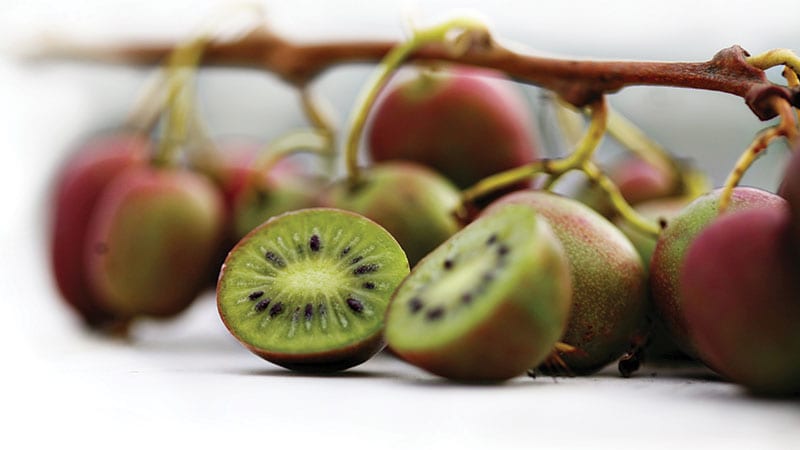 What To Do With a Kiwi Berry

You can find your own hardy kiwis near the other berries, in similar packaging. Once home, you’ll want to keep them refrigerated, unwashed. When you’re ready to eat them, wash and bring to room temperature for best flavor. We suggest:

Supporting our microbiome through nutrition