Farmers, hope and “Diet for a Small Planet” 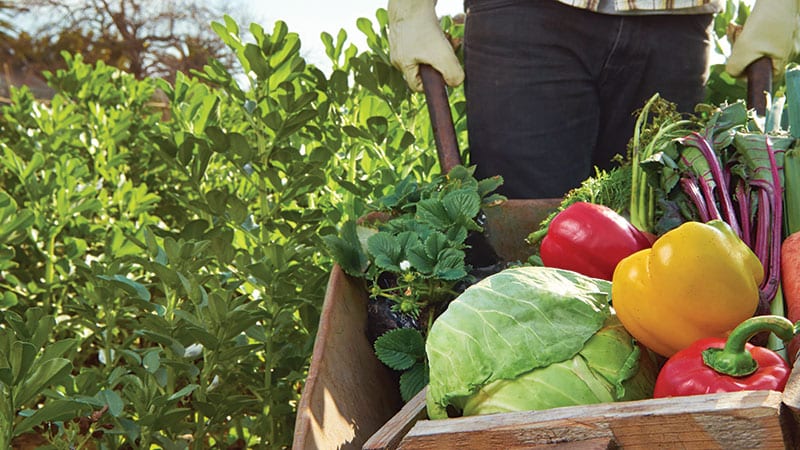 Frances Moore Lappé has learned that she doesn’t need to be an optimist.

The author of “Diet for a Small Planet,” a book that revolutionized the way people ate and thought about vegetarianism, knows that “we have gotten into a big mess, humanity has.”

Nearly 50 years after the book’s publication, in a Seattle Town Hall talk on climate change and farmland, Lappé spoke along with her daughter and colleague Anna Lappé about the current state of the planet. She said she’s wondered how humans can be equipped with so many good qualities—empathy, a sense of fairness, the ability to cooperate—while simultaneously one out of six children go hungry in a country of wealth, while three corporations control the majority of global seed sales and pesticides.

It’s a frame of scarcity and selfishness, she said in the Earth Day talk sponsored by Washington Farmland Trust (formerly PCC Farmland Trust, see related story here)—a view that says there’s “neither enough goods nor goodness.” But Lappé believes there’s another way, one “aligned with who we are and the laws of nature.” That path, which she calls “eco-mind,” acknowledges that the nature of life is continuous change in which we are all connected.

“I declare myself a hardcore possiblist. I don’t need certainty of success or even strong probability,” Frances Lappé said. “Rather, as long as I sense there is a possibility that actions, that our actions together make a difference, then I’m going to keep going.

“I know it takes work. But hope is the great reward. Hope is power. So let’s together take that power and use it. “

As Anna Lappé put it, food and farming can be part of a future of climate cure and resiliency. “There is another way.”

All reported firsthand experience with the tolls of climate change. Haakenson talked about the constant flooding he’s seen recently, an unprecedented onslaught even considering his family farm is on a flood plain.

“There were probably 30 days this year when water was coming up, there, or receding, when my house was an island…” he said. Beyond the financial cost, “there’s an emotional toll to watching your farm go under water every other day. I’m a farmer, not a fisherman.”

Neunzig, likewise, said she’s seen six 100-year floods in the 18 years since buying her farm. She’s moved her lambing times earlier in the year to avoid the seasonal floods—and then moved them earlier again.

“Managing when ewes are bred and when they lamb is no longer controlled by markets and grass growth. It’s now 100% controlled by when we could flood,” she said.

On the flip side, Neunzig gets to stand in her back field and see “the most calming and quiet place” you’d ever know: “Forty acres of beautiful grass and lambs grazing and this silence out there.” When customers drive up from the city to buy meat. “They get out and take a breath and see animals. Kids who have never been on a farm are able to just run, see the bottle babies and walk around and experience what we sometimes take for granted—that every day we get to live this kind of life.”

Farming has more unknowns than any other business you could possibly imagine, she said. “But it’s worth it.”

For Wilcox, a bright spot has been seeing his family farm evolve along with society and technology, helping prove the benefits of practices like raising free-range chickens, which the farm developed in a partnership with PCC (see the “The Superior Pastured Egg”). It’s embraced innovative practices that sequester carbon, and educational opportunities like the COOL—an online GHG, water and biodiversity calculator for farmers. “The last 15 years has been this journey of constantly improving,” he said.

For Bragg, the clear challenge for farmers is that the food system “is not designed for small-scale ecological food growing.” Barriers to entry are high and risks are great, from climate change to systemic inequality. She would not have been able to farm herself, she said, without the land partner whose support has cushioned that impact.

Asked about the biggest opportunities, though, her answer was equally clear.

“The biggest opportunity is the next generation of kickass awesome farmers who are ready to go.”

The full discussion is available online at Climate Change & Farmland: Building a Resilient Future for Washington.