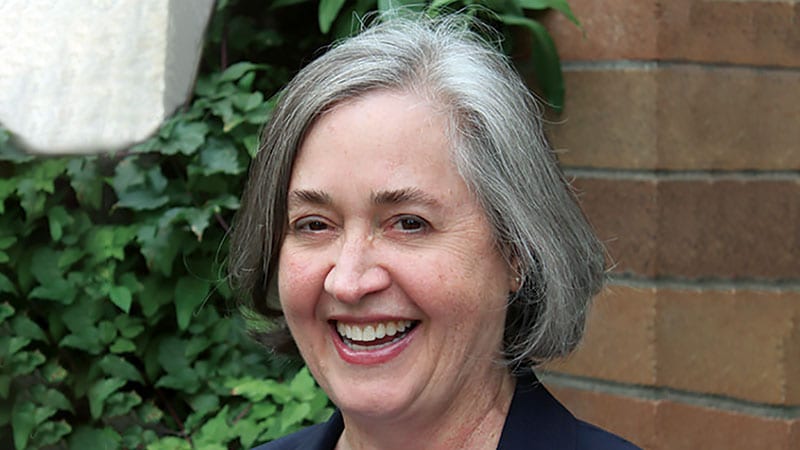 For 27 years, Trudy Bialic worked toward quality foods, environmental goals and legislative priorities for PCC. Bialic recently retired as the co-op’s director of public affairs and quality standards after a career where she contributed to sweeping changes in our food system, without ever losing her connection to members and producers. Sound Consumer editor Rebekah Denn talked with Bialic about how she became an advocate for sustainable foods and farms, the successes she’s seen and the struggles that remain. Here is a condensed version of their conversation.

Q: What sparked your interest in food and the environment?

A: I had grown up on the shores of Lake Erie, downwind from a coal-fired electrical plant. In the 1950s and 1960s there weren’t a lot of environmental regulations. Living right on the shore I would see and smell the fish die-off all the time—and then when the Cuyahoga River caught fire I was in high school.

Our small village was in transition from a farming community to a manufacturing suburb. There were very small family farms with diversified dairy herds, small family soybean crops, corn, Concord grapes, peaches, cherries. We’d get our eggs and our milk and our fruit from the local people. And when I went away to school on the East Coast, food just didn’t taste very good.

A vocal group of us demanded and got a natural foods cafeteria line that would give us brown rice and vegetarian options—this was at Yale in 1971, I was in the second class of matriculating women. Even after I graduated, I would shop at a very small co-op in Chicago that sold organic produce. I was one of the earliest subscribers to the Rodale Organic Gardening magazine, so I was already aware of the connection between pesticides and how we grew food.

Q: How did that turn into a career?

A: I was in the news business for more than 15 years. I suppose news, to me, was a way of informing and educating and being aware. I had been doing a lot of special series and I wanted to do one on the industrialization of our meat supply because it was Chicago, a meat center. They didn’t want to fund it. “Who wants to hear about meat production?” Nobody did then. So I left. I quit and went to Home Box Office in New York briefly before leaving to work with an organic landscape designer in the Hamptons. I learned a lot then about the right plants for a certain microclimate—and their Latin names. I came out to Seattle because my sisters were here with their kids. My sister said, “Why don’t you go work for the co-op, you’ve always been interested in food.” I started at PCC as a part-time deli clerk. We made soup and cleaned the freezer and cleaned out the cooler, rang up customers at the register, cleaned the café, cleaned the cases. One thing led to another. I was in merchandising, I was in member benefits. The CEO approached me in 1999 and said “You have a background in news, I’d like you to write something educational and informative for our members about genetically modified foods.” I started researching it and I couldn’t believe what I was seeing. I was shocked, actually. I was completely shocked. And that was the beginning of how I ended up in public policy and quality standards.

Q: What are some major changes you’ve seen in food policy?

A: The Food and Drug Administration didn’t require all ingredients to be listed until 1990 or ’91. That was the beginning of transparency. The same grocery companies fought labeling ingredients were the same companies that who later fought transparency in genetic engineering and the arguments were the same: “People don’t need to know, and if we tell them it would scare them.”

The Organic Foods Production Act was passed in 1990. It took 12 years before the standards were implemented and those 12 years were tumultuous. It took the coming together of a lot of common goals and understandings about how food should be raised.

When rBGH entered the dairy industry in 1994, that was the year I started doing dairy as a dairy backup coordinator at the (former) Everett store. Customers did not want rBGH milk. The board of trustees developed a policy to prohibit products with it. That’s how we began helping to create the organic milk market in Washington state.

Q: Tell us more about the evolution of organic standards.

A: After the law was passed in 1990, the U.S. Department of Agriculture (USDA) came out with its organic proposed rule in 1997 and that “the big three”—genetic engineering, sewage sludge and radiation—would be allowed in organics. We organized PCC members and the company got 27,000 letters sent to the USDA. We accounted for about 10% of all comments. (The proposal did not go through.) We started early community organizing, organizing the PCC shopping base as a community with common goals and with many mutual concerns. Community organizing became a big part of our stores and the way we talked with our members. It also became a force on the national landscape. I think PCC has been a notable part of raising awareness and educating consumers to demand foods with integrity.

Before organic standards, it was just “food.” It was called natural foods until organic standards came along. It was a patchwork of state models. Washington happened to have a strong program, I think because the Pacific Northwest is really close to the Earth. I think there’s still a little sense of mystery and wonder because of the beauty of our landscape, and a sense of the richness of what this region can produce.

A: It’s only in the last 25 years, effectively speaking, that we’ve had computers. It was quite different before that. People relied on community meetings, community organizing, speeches, writing op-eds or articles. After the internet, it’s certainly a lot easier to be confused, misled and misinformed. At the same time, we’re more vulnerable to the influence of big money. The power of the individual has been diminished in favor of the overwhelming dominant power of corporate influence. In one way, that’s where PCC is important. As it has grown it has increased its ability to be a voice in the landscape. But I think retaining close admiration for the grassroots is essential. That means, if anything, opening the doors wider to hear annoying irritating contrary points of view. Don’t diminish those noisy voices, because they’re often the leading, pioneering edge.

Q: What were the disappointments or remaining challenges?

A: I think one of my greatest sadnesses in the industry is seeing the huge trend in consolidation and concentration. Antitrust laws were developed originally at the turn of the century to prevent concentration in agriculture. They have been perverted by the courts over the years, in my opinion, to a narrow view on price fixing. Mergers and consolidations have been allowed to continue unfettered and pretty much unrestrained. Other disappointments were Diamond v. Chakrabarty (a Supreme Court case allowing GMO plants and life forms to be patented) and the Bayh-Dole act (governing government funding and intellectual property), two laws that have changed agriculture’s trajectory.

We have so much corporate money now in our national agenda and our laws, it’s hard to see where common sense and good science can overcome the influence of money. Getting money out of politics, that’s the big thing. Public funding. Make elections a holiday. And accelerate the social activism that founded this country. The American Revolution was started by a farmer with a pitchfork, not by politicians.

Q: But did you ever think you couldn’t make a difference?