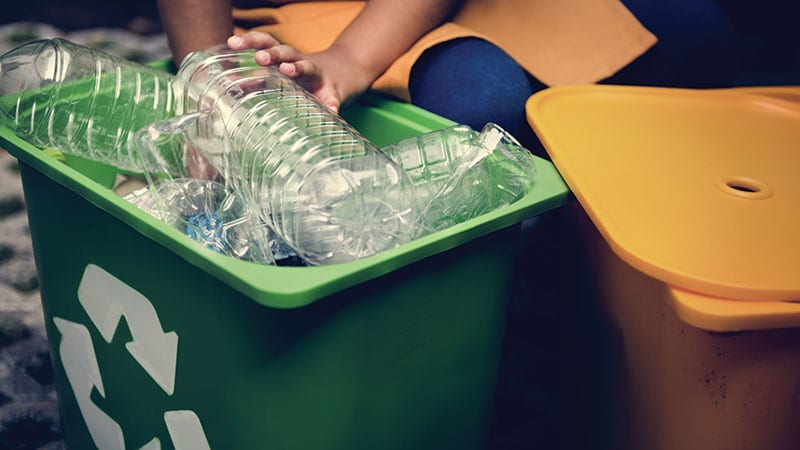 The U.S. recycling system is under immense pressure. Some cities, as you may have heard, are sending recyclables to the landfill or entirely discontinuing their recycling programs.

Here in the Seattle area, though, the news about recycling is better than you might think.

Some background: For decades, the United States exported most of its recyclables to China. Over time, Chinese recyclers noticed that many recyclables were contaminated. For example, plastics that should have been rinsed before recycling were covered in food waste. In 2013 the Chinese government increased inspections of recyclables and started rejecting loads. They created an aggressive enforcement program, which became known as the “Green Fence.”

In early 2018 China cracked down even harder on these imports, banning 24 types of recyclable materials, such as unsorted waste paper. At the same time, the amount of contamination allowed in loads of recyclables became more stringent. U.S. recycling facilities that could no longer export recyclables scrambled to both clean up their contamination and identify new markets for their recyclables. For some facilities, this was unachievable.

Fortunately, Seattle has been able to meet the challenge. According to Seattle Public Utilities, recyclables collected in Seattle are not being landfilled. Our recycling facilities, such as Republic Services, are slowing down sorting processes, employing more staff and implementing new technology to better sort recyclables and eliminate contamination. Our well-sorted recyclables with low contamination remain marketable, so they are continuing to be bought and used domestically and internationally.

Don’t rest too easy. We do a good job of recycling here, but we can do even better. Take a few extra seconds to empty, clean and dry your containers. (Dirty containers cannot be recycled and end up in landfills). Avoid recycling items just because you think they theoretically should or could be recycled. This phenomenon, known as “wishful recycling,” greatly contributes to contamination. Instead, look up your area’s or hauler’s recycling guidelines to know which types of items are accepted. Even better, find creative ways to reuse your recyclables or shop for items in bulk with reusable containers to reduce the waste that you’re generating.

For our part, PCC is committed to achieving zero waste and properly sorting waste across our five separate streams—compost, mixed recycling, cardboard, bio-digestion and landfill. Our related initiatives include conducting zero-waste audits, updating waste bin labels, and educating our staff and customers. A win-win for us is transitioning petroleum-based recyclable packaging in the deli to compostable packaging. This will both reduce our reliance on fossil fuels and give customers an easier and more sustainable way to dispose of packaging, allowing them to throw it into the compost bin without needing to clean it out.