Should hydroponic produce be certified organic? 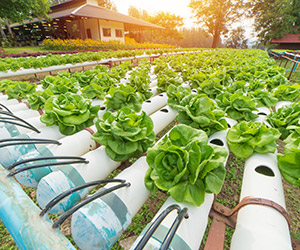 There’s a fierce debate going on in the National Organic Standards Board (NOSB) these days. The focus is on whether healthy soil will continue as the basis of organic agriculture. Should hydroponic (soil-less) production of vegetables — or fruit, such as strawberries — be eligible for organic certification?

Hydroponics might seem like an obscure thing to be impassioned about, but as one NOSB member recently said, “This is the most important issue the NOSB ever has discussed. And it seems like most people just don’t get it.”

In 2010 the NOSB voted to disallow organic certification of hydroponic agriculture. The NOSB determined that U.S. organic law requires plants to be grown in soil, with the focus on enhancing soil fertility. The board determined that growing plants in water or air, using a mixture of natural and synthetic nutrients, does not meet the letter or spirit of the Organic Foods Production Act. The Organic Foods Production Act, § 6513 (b) (1) states clearly, “An organic plan shall contain provisions designed to foster soil fertility, primarily through the management of the organic content of the soil through proper tillage, crop rotation, and manuring.”

But NOSB’s recommendation has been ignored. For the past several years, the U.S. Department of Agriculture’s (USDA) National Organic Program (NOP) has allowed certification of hydroponic operations. USDA certifying agents are approving hydroponic crops, grown with processed additives and artificial lighting, as organic.

Hydroponic operations can start up without the three-year transition required for land. They can use all off-farm inputs and are putting soil-based farmers out of business with cheaper produce.

Why does certification of hydroponics matter, as long as no pesticides are used? Why is soil important?

Soil always has been the center of the organic movement. Skillful farming that stewards the life in the soil has been taking place for thousands of years. Farmers carefully improved and maintained organic matter in the soil and rotated crops to bring a diversity of roots into the soil. This ensures a diversity of beneficial fungi and bacteria, supporting and supported by those roots in turn. They composted and reapplied all manures and plant waste.

As the industrial revolution hit Western agriculture after World War ll, fertilizers created from chemical processing became the norm, bypassing the dance of exchange in fertile soil. This period was called the Green Revolution, with a motto of “Better living through chemistry.”

But there were many unintended consequences from synthetic fertilizers and pesticides. Nutrient density of farm products has declined steadily over the last 75 years. In destroying nature’s soil where plants get the appropriate balance of some 33 nutrients, plants instead are given whatever blend of nutrients makes for rapid growth and high yields. But the goal of organic farming is not higher yields but rather healthier plants, animals and humans.

The reason a healthy soil system is so effective at supplying what plants and animals need is because soils and plants coevolved over 400 million years. In a teaspoon of healthy soil there can be a billion microorganisms feeding off the energy supplied by plants. The healthier the soil, the greater the biodiversity. The greater the biodiversity, the healthier the soil and plants.

If you take away the soil, plants are divorced from the evolved wisdom of the ecosystem. The phrase used to describe organic farming is, “Feed the soil, not the plant.” The phrase that best describes hydroponics is, “Feed the plant, don’t worry about the soil.”

Allowing hydroponics to be called organic undermines everything we organic advocates have done since the organic movement began some 75 years ago. We attempt to embrace and support the biological systems that form the foundation of the best in traditional agriculture. Since then, there has been a great deal of scientific research done on soil biology, ecology and human health. Most of that research has supported the ideas of those early pioneers. They got it so right!

As one soil microbiologist famously said, “The answer is soil. The question is irrelevant.”

What’s next for the NOSB?

Discussion of hydroponics by the NOSB is expected to continue at future meetings into 2018.

Dave Chapman is an organic farmer and the owner of Long Wind Farm.

Learn about the trustee and nominating committee candidates, and how to vote, on our website here. Mail-in ballots must be received at the PCC office by 5 p.m. on June 7. In-store voting is permitted until each store's close of business on June 7.

Learn tips for choosing quality oil, a few of our favorite brands, and details about tastings at our stores this month with PCC nutrition educator Nick Rose.