This article was originally published in July 2013

PCC Board of Trustees election results 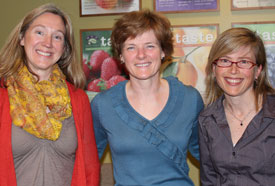 PCC’s 2013 annual election began on Tuesday, April 23 and ended Tuesday, May 21. The ballots were counted at a public meeting on Monday, May 27. John Sheller was elected to his second term. Taso Lagos and Karen May were elected to their first terms. Complete election results are shown below.

“On behalf of the board and nominating committee, we thank all the members who voted and all the staff in the stores and office who helped manage the election,” says Carol Binder, board chair. “The election is a major part of what sets PCC apart. Our co-op is owned by our members and they choose our leadership. The board also appreciates the work of the nominating committee in selecting the candidates.”

“Thank you to all of our members who voted in our 2013 election,” says newly re-elected trustee John Sheller. “I am looking forward to continuing to serve as a trustee as PCC leads efforts to require GMO labeling, and as our coop moves forward with new store openings.”

New trustee Taso Lagos says, “Thank you to all the members who voted in this year’s election and for the trust placed in me to represent you as a trustee. It’s both a privilege and a duty to continue the PCC tradition of healthy food for a healthy life and to continue its reservoir of goodwill in the community.” 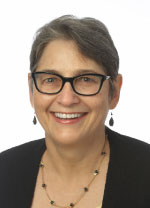 Karen May says, “I am sure I will learn a lot and in return I look forward to wholeheartedly supporting this great organization.”

Nominating committee acting chair Janet Hietter adds, “We very much appreciate the efforts of all our candidates and all who applied. The election process requires an investment of time and energy. It was clear that each of our candidates is committed to PCC. The committee believes that the co-op will be well-served by the new trustees.” The other members of the 2012-2013 nominating committee are Julianne Lamsek, Tom Monahan, Mary Simon and Julie Tempest.

Quorum required for board election is 3 percent of active membership.

The board’s tour of Jubilee Farm in Carnation was a rich learning opportunity.

The board met on May 28 and heard reports from the board development, finance, member relations and CEO evaluation committees.

Passarella is annual fund manager for PCC Farmland Trust, Scheunemann was a PCC board candidate, Erick and Wendy Haakensen are owners/managers of Jubilee, Lee is PCC CFO and president of the Trust board, and Sadinsky is executive director of the Trust.

The next board meeting is July 30 at 5 p.m. at the co-op business office.

Millions of orange and black Monarch butterflies across the United States and southern Canada take off to fly south every year. But this great migration is in trouble. Monarch populations have dropped 59 percent in 2012 from the previous year.