Wholesome Sweeteners provides almost all the sugar sold at PCC. The company’s sugar comes from Paraguay, not Central America, where chronic kidney disease is prevalent.

A puzzling disease has affected hundreds of thousands of workers in sugarcane, rice and cotton fields around the world.

It has killed tens of thousands of people in the Pacific coastal regions of Central America over the past 20 years. It has been the leading cause of death in adults age 25-59 in El Salvador the past four years.

This silent killer is not HIV, malaria or tuberculosis. It’s chronic kidney disease (CKD) and it’s linked to sugar production.

Our medical team, Community Health International Medicine Projects for Sustainability (CHIMPS), has worked among the rural communities of El Salvador for the past 10 years. More and more families have told us about the disease, which has taken the lives of so many workers in the sugarcane fields for large sugar companies. The workers gradually feel weak, fatigued and unable to work.

Ismael Ramos, a sugar worker suffering from stage-five CKD, told The Guardian, “In those cane fields, I can’t stand it, I’m dizzy and sweating like crazy. I’ve vomited. I’ve fainted. I drown in sweat. When I come home, I feel surrendered.”

When they go to the clinic to be examined, they often find they have high blood pressure with no obvious cause. By this time, however, it’s too late to reverse the disease.

The only treatment is dialysis, which is costly and lifelong, or a kidney transplant, which rarely is available. The hospital in San Salvador is overwhelmed by the need for emergency dialysis and has devoted an entire section of the emergency room for this treatment. The families are devastated as they lose income and, eventually, the lives of their loved ones.

Doctors and researchers in Central America and around the world are debating what’s causing this malady that never presents in time for preventive treatment and continues to grow rapidly. No definitive answers have emerged.

What is known from the few studies done among sugarcane workers in Central America and Sri Lanka is that the disease seems to be concentrated in low-lying coastal areas and among workers in large sugarcane fields, often at sites where cotton was grown in the past.

The combination of long work days in the hot sun causing recurrent dehydration, along with the possibility of exposure to agrichemicals, are two factors many scientists agree could contribute to the incidence of kidney disease. Common agrichemicals used in sugarcane production have been found, in some studies, to be contaminated with toxins such as dioxin.

Dr. Carlos Orantes, chief kidney specialist for the Ministry of Health in El Salvador, says, “There are three factors: prohibited pesticides, combinations of pesticides and no protection from pesticides.” 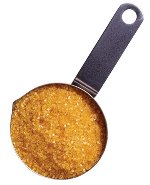 One-fourth of the raw sugar used in the United States is imported from Central America. As major consumers of the products produced in these areas, we can buy sugar from ethical sources.

We also can spread the word to others who may have influence in demanding better conditions for workers in the sugarcane industry, and early testing to identify kidney injury before permanent damage is done.

Large industrial sugarcane producers in developing countries often have loans from the World Bank or International Monetary Fund. Public pressure can be put on these financial institutions to be sure work conditions are improved by contacting the Compliance Advisor/Ombudsman Office that oversees these institutions at www.cao-ombudsman.org.

Communities in Nicaragua have been able to pressure successfully a large sugar company to improve work conditions and fund research on the epidemic.

As CHIMPS continues to collaborate with community health workers in rural areas of San Salvador, we will advocate for increased awareness of CKD, research into its cause, and improved working conditions for the people whose lives are affected so dramatically. We invite PCC shoppers who are concerned about this issue to contact us.