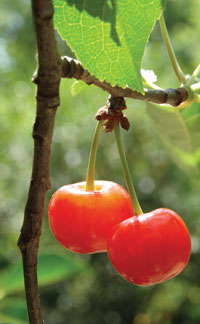 Together, Gala and Honeycrisp apple varieties account for nearly 50 percent of plantings in Washington.

Exports of Washington’s record-breaking apple crop are up 8.3 percent overall, and up significantly more to Canada and Mexico because crops in those countries suffered from inclement weather. Meanwhile apple exports to China, India and Indonesia have dropped.

The U.S. Department of Agriculture hasn’t been effective in preventing invasive species or pest- and disease-ridden farm goods from being smuggled into the country, according to an internal audit. Ninety percent of its surveys failed to detect prohibited goods.

The global food price index increased in 2012, reaching a level not seen in nearly 40 years, according to the Worldwatch Institute. Higher prices for commodities such as corn, wheat, rice, soybeans, poultry and pork drove the overall price increases. Weather shocks, policies promoting biofuels, and low food stocks were to blame. Prices are projected to continue to increase over the coming decades.

Bluefin tuna in the North Pacific will soon be “functionally extinct” — only 4 percent of its population remains, according to recently released data from the Pew Environment Group. Its popularity on sushi menus around the globe has led to severe overfishing.

PCC Board of Trustees report, June 2013

A loss in the family; Election, board and member meetings