PCC Board of Trustees report, June 2011 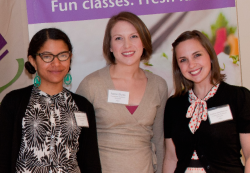 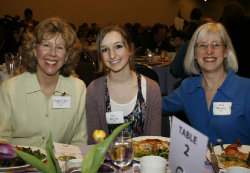 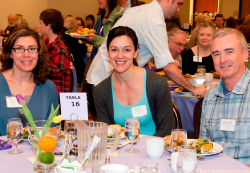 The 2011 meeting was a glowing success. Attendance reached yet another record with more than 445 members joining us at St. Demetrios Hall on April 26.

Executive Chef Blake Caldwell, PCC Seward Park’s deli coordinator, led the planning and preparation of our dinner. Using local, seasonal and organic ingredients, their team produced a beautiful and delicious spring meal. All of the recipes, along with a report by former nutrition educator Leika Suzumura on the menu features, are linked from the annual meeting page on our website.

Board chair Julianne Lamsek and CEO Tracy Wolpert reported on the co-op’s solid financial health and shared operational highlights of 2010. Their reports are linked from the annual meeting page on our website as is the official 2010 annual report.

On behalf of the 2010-2011 nominating committee, chair Janet Hietter introduced the five board candidates to the members. Each candidate gave a brief statement.

They were in Seattle for the spring meeting of the NOSB. Sligh talked about the history and development of the organic standards, describing the years of work it took to get to the first set of rules in 2002. Dr. Rangan described some of the science involved in setting and reviewing standards and Hoodes stressed the importance of consumer input as the NOSB makes decisions.

They encouraged PCC members to remain vigilant about educating themselves and answer the call when asked to weigh in on issues affecting the organic food supply.

The ballot count meeting for the 2011 election was on May 23, so results were not known before press time. Results are now posted in the stores, co-op office, on our website and will be reported in the July issue.

The report on the May 31 board meeting will be published in the July Sound Consumer.

The next board meeting is scheduled for June 28 at the co-op office at 5 p.m. Member comment period is at 7 p.m.