Seed “libraries” to help people grow food at home, workshops on preserving food, and supplies for community farmers markets are among the 2022 PCC Community Grants.

The funds, totaling $25,000, are meant to support PCC’s mission to ensure that good food nourishes the communities we serve, while cultivating vibrant local, organic food systems. As a corollary, we strive to inspire and advance the health and well-being of people, their communities and the planet. The awards committee prioritized organizations run by, for and within historically marginalized communities.

So many organizations are providing services that matter at a time when donations are stretched tight. Knowing that the need is greater than the available funds, committee members tried to support grants addressing the root causes of hunger and societal problems rather than treating the symptoms.

Seattle is filled with gardens and fruit trees—but not everyone has access to backyard orchards, and not everyone who owns land has the time or ability to manage a large harvest.

City Fruit helps connect those gaps, with volunteers helping homeowners tend their trees, picking fruit, and sharing the crops with food banks and others in the community. Fruit is distributed within two miles of where it was originally harvested to food banks, elementary schools and community partners such as FareStart, the nonprofit said in its grant application. Options include not just common harvests like apples and pears, but also fruits that are typically much rarer for donated fruits, from quince and kiwis to persimmons. Additionally, “Fruit For All” farm stands throughout neighborhoods try to operate on weekends or weeknights for wider access, providing no-questions-asked free fruit.

City Fruit also works to reduce food waste; the organization has connected with community partners to process fruit that is bruised or otherwise unsuitable for food banks, resulting in applesauce and crabapple jelly and other edible solutions. A PCC grant will support City Fruit’s harvest and distribution program.

You’ve probably heard of P-Patch gardens. But a B-Patch?

That’s the nickname for the Greenhouse Community Garden, the first P-Patch developed in the city of Burien. It’s been a success in an area of King County that lacks equitable access to whole and fresh foods, according to the EarthCorps grant application, and it’ll now be transformed into “a model and training facility” to expand community gardens throughout the city in South King County.

EarthCorps, the nonprofit grant applicant, has worked with the Burien community to plan and design the initiative, and build local support. EarthCorps will work on the garden transformation and on workshops with community groups to build new gardens around the city, developing other low-income neighborhoods with limited food access into “community hubs with fresh and affordable food.”

It’s part of a new focus for EarthCorps, a 29-year-old nonprofit whose previous work includes projects like tree plantings and stream restorations. Organizers wrote in the grant application that “with the increasing knowledge of the racial inequities and injustices that exist throughout our country and our region, EarthCorps has pivoted (its) vision to center those who’ve historically been excluded—to build a better world where all people and nature thrive together.”

It Takes A Village

At its annual Juneteenth celebration, It Takes A Village focuses on feeding the community in all sorts of ways—with literal food, but also with art, music, health care and job fairs.

With a PCC grant, the nonprofit plans to host popups and workshops that will both distribute food from local BIPOC producers and teach attendees cooking skills for healthy lifestyles. Gardening, preserving and other routes to preparing “healthy affordable food” are its goal, along with providing meals to spark “creativity and freedom.”

Pickling, canning, drying and freezing are all on the agenda, along with an education on foods produced in Washington and how to cook with them.

The organization focuses on BIPOC and low-income residents in the Central District and Southeast Seattle, according to the grant application, but, knowing how gentrification has displaced community members, “we still make room for all of us no matter where they are currently residing.”

When it comes together at the nonprofit’s East Hill Farmers Market, though, it helps create a cornucopia of healthy foods and a circle supporting local farmers and local residents. The Food Access program is one of four initiatives at Living Well Kent. It is aimed at equipping BIPOC refugee and immigrant farmers to produce culturally relevant foods, to provide a marketplace for them to sell what they grow, and to distribute whatever does not sell to food insecure families in the area.

“We reach East African and Somali, Iraqi, Afghan, and Latinx immigrants and refugees, and our agency is represented and led by members of these communities,” the organization said in its application. “While we exist to ensure that all community members in Kent “live well,” we recognize that Kent’s BIPOC residents, including immigrants and refugees, are some of those least likely to thrive under current conditions.”

The organization’s Shareholders Farming Program lets farmers access 15 acres of land and a year-round 2,200-square-foot greenhouse to grow their food. Crops can then be sold at the farmers market, and a percentage is also distributed to local food banks. The crops include vegetables, fruits and herbs that can’t be found in local grocery stores, including specialties like teff seeds and hibiscus flowers.

In 2022, partway through the growing season, the organization’s storage unit was burglarized and the market supplies were stolen, “threatening to dismantle” all the hard work that has been done to date, according to the grant application. The PCC grant helped buy a storage shed and replenish the supplies for future years. 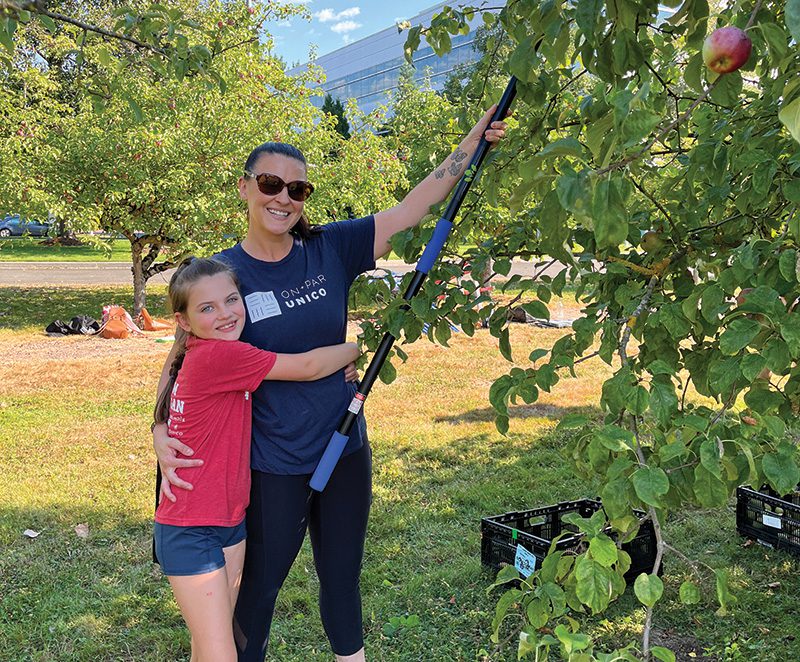 In the chilly Northwest winters, there are only so many months when it’s practical to grow food.

With the help of a PCC grant, Solid Ground hopes to extend that growing season on its plot at Marra Farm (see “Harvesting Skills, Community—and Crops—On a Rare Historic Farm”), a historic site for agriculture. For more than 26 years the organization has tended a Giving Garden providing fresh produce to people and organizations in its South Park neighborhood, including Providence Regina Food Bank and the South Park Senior Center, as well as a recent “Food Farmacia” project benefiting patients at the Sea Mar South Park Health Clinic and other partnerships.

The nonprofit plans to install a greenhouse on its plot to extend its growing season, allowing it to plant starts earlier and protect seedlings from harsh weather. In addition to providing nutritious food, it’s a way to bring the community together through education, cultural learning and belonging.

The 12 food banks that make up the South King County Food Coalition find many ways to provide fresh, local fruits and vegetables to a population “often priced out of supporting and influencing their local food economy.” Serving more than 25,000 different families per year, the coalition’s efforts include operating a farm on a former golf course and contracting with local farmers to buy fresh produce.

With a PCC grant, the coalition is planning seed lockers for each participating food bank that will contain seed libraries—enough seeds to support 50+ families who want to grow their own produce at home, along with gardening books and other resources. “The resource guide will be designed to encourage environmental stewardship at all scales, from apartment patios to a startup homestead farm,” the application said.

Not all families will want to grow their own food, the organization acknowledged. But the opportunity for clients to “define their own food standards” is significant—to choose which plants they would like to grow, and to do so without risking money or resources that could otherwise have been used for groceries. The food banks operate in a region where many people don’t live near a grocery store, and “families cope by substituting cheaper, processed foods” for fruits and vegetables. Providing free access to the resources needed to grow food at home, the application said, is “one method of acknowledging some of the systemic inequities impacting food security.”

Learn about the amazing array of community programs at this nonprofit farm.

Meet Jamil Bates from the Edmonds PCC and Robert Jones from the Downtown PCC!