The U.S. Fish and Wildlife Service announced in an assessment that returning sea otters to Oregon and Northern California is feasible and would also bring likely—if unequal—economic benefits. Scientists and tribal leaders say reintroducing otters would restore balance to degraded kelp forests, boost fish species, protect shorelines, generate tourist dollars and even capture carbon. But concerns remain in communities where otters would compete with humans for shellfish, and among some tribes that fear their self-governance is also at stake. (HCN.org)

Yelm High School’s Future Farmers of America chapter in Washington state had the most enrolled members in the nation during the 2021-2022 school year, with 1,280 members. This marks the second time the chapter has achieved the honor. Yelm was previously the top chapter during the 2015-2016 school year. (CapitalPress.com)

Seattle-based City Fruit has received a $35,000 grant from the National Institute of Food and Agriculture (NIFA) to explore more ways to divert locally harvested fruits that are not ready to eat from being wasted or composted. The nonprofit is considering a program to take harvested fruit that cannot be distributed to food banks—bruised, pest-damaged or windfallen—and process it into fruit-centered, culturally relevant foods such as salsas and jam. The grant will allow the nonprofit to assess its fruit supply and the demand for fruit products at partner food banks to see how it can sustainably meet their needs, and then see whether a portion of product can be sold at local businesses to create a sustainable future source of revenue for the program. (NIFA.USDA.gov)

King County farms and related businesses will soon have professional support to boost their operations through Business Impact NW, an organization dedicated to supporting local entrepreneurs through coaching, classes and access to capital. As the new King County Farm Business Support Specialist, Devra Gartenstein will provide direct one-on-one navigation and coaching for King County farm and food business owners through the Business Impact NW’s Food Business Resource Center (FBRC), which is expanding with the support of King Conservation District. Gartenstein has owned and operated small food businesses for over 30 years, including Patty Pan Grill, Seattle’s oldest farmers market concession, which specializes in creating value-added products from local agricultural ingredients. In 2013 she worked with employees to convert Patty Pan to a worker-owned cooperative, and since then she has been involved with small business coaching and mentorship, as well as cooperative development. (KingCountyGreen.com)

Researchers at the Seattle Aquarium have designed a simulated gray whale stomach in order to test plastic alternatives that claim to be marine safe. They’re eager to know what might happen to plant-based plastics if eaten by whales or other sea life—and they know that whales are a smart way to draw attention to the planet’s massive plastic problem. The project is part of the Tom Ford Plastic Innovation Prize, an international contest to discover and promote environmentally friendly alternatives to single use plastic film used to make items such as produce and dry cleaning bags. (Geekwire.com)

The University of California at Davis has established a fund to focus on agave plants and their viability as a low-water crop in the state. The initiative began after two Central Valley farmers, with their own 1.5-acre test plot of 900 agave plants, donated $100,000. The funds will be used to study how to optimize agave crop production in California relative to Mexico, where labor costs are lower and farmers rely on rain rather than irrigation for water. (Modern Farmer)

Building on years of research that shows links between agricultural chemicals and cancer, researchers say they have found fresh evidence tying certain pesticides to cancers in children and adults in 11 western U.S. states. Analyzing federal pesticide data and state health registries, the research team reported a close association between the use of pesticides called fumigants and the development of cancers in people living in the states analyzed. The study, published in the journal GeoHealth, is the first to analyze the geospatial distribution of cancer incidence with pesticide use in the Western United States. (TheNewLede.org) 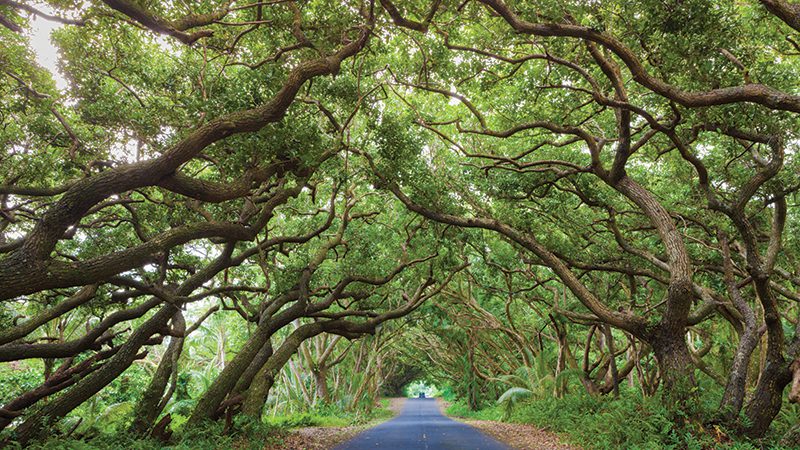 Last year, legislators in Washington state passed a law to bolster the urban forestry work of the Department of Natural Resources. The agency’s urban and community forestry program, which had just two staffers in 2020, will grow to nine positions once the department finalizes new hires. Those new staffers, along with a new state-funded grant program, will supercharge the department’s efforts to inventory tree canopy in Washington’s communities, help cities maintain their trees and determine where to plant new ones. (pewtrust.org)

According to statistics from Organic Denmark, three out of four Danes buy organic food every single week, and in 2020, 12.8% of Danes’ food purchases were organic products, the highest organic market share in the world. Even more impressive is how organic has made serious inroads in the public sector: 89% of the food consumed in the City of Copenhagen’s public canteens, such as day care centers, nursing homes and schools, is organic. Seeking inspiration and education, several members of the U.S. House Agriculture and Appropriations Committees—including Chellie Pingree (D-ME), Cheri Bustos (D-IL), Shontel Brown (D-OH), Stacey Plaskett (D-USVI), Lois Frankel (D-FL) and Alma Adams (D-NC)—recently visited Denmark to learn its strategies for success. (OrganicInsider.com)

People imagine that a minority of Americans want action (on climate change), when it’s actually an overwhelming majority, according to a study recently published in the journal Nature Communications. When asked to estimate public support for measures such as a carbon tax or a Green New Deal, most respondents put the number between 37% and 43%. In fact, polling suggests that the real number is almost double that, ranging from 66% to 80%. (Grist.org)

Agricultural Research Service (ARS) scientists have begun to uncover details underlying a pattern of seasonal E. coli O157:H7 outbreaks linked to bagged romaine lettuce. That E. coli O157:H7 infection outbreaks connected to romaine are more frequently associated with lettuce commercially grown and harvested at the end of the growing seasons in California and Arizona has been recognized for several years. One of the most significant findings of this study is that E. coli survived on average 5.6 times better in cold-stored packaged romaine harvested in the fall than on the same varieties harvested in late spring. (ars.usda.gov)

Skagit County has finalized a conservation easement on a 57-acre farmland property to permanently protect the land for agricultural use. The protected property, six miles west of Interstate-5 between La Conner and Mount Vernon, is owned by 104-year-old Joyce Johnson, who expressed her commitment to the viability of local agriculture by protecting her family farm into perpetuity. “My brothers and uncle were farmers, but they never owned their land. They would be so happy to know that I own this land. And now it’s protected.” The newly protected Johnson farmland boasts a long history of growing a diversity of crops, including tulips, iris and daffodils. (SkagitCounty.net)

Bayer AG has won its fifth consecutive trial over claims that its weedkiller Roundup causes cancer. A jury returned the verdict in favor of the company in St. Louis, Missouri state court after a month-long trial involving three plaintiffs. Its recent string of trial victories comes amid legal setbacks, as it has unsuccessfully sought to overturn past multimillion-dollar verdicts and court rulings in an effort to avoid potentially billions of dollars in liability. (Reuters.com)

The U.S. Department of Agriculture’s (USDA) Food Safety and Inspection Service (FSIS) is announcing that it will be declaring Salmonella an adulterant in breaded and stuffed raw chicken products. By declaring Salmonella an adulterant in these products, FSIS will be able to ensure that highly contaminated products that could make people sick are not sold to consumers. Since 1998, breaded and stuffed raw chicken products have been associated with up to 14 outbreaks and approximately 200 illnesses; continual efforts to improve the product labeling have not been effective at reducing consumer illnesses. (USDA.gov)

Learn about the hazards of so-called “forever” chemicals, new legislation around their use, and how you can best avoid them.