Grand Central Bakery’s shelves are laden with rustic artisan bread loaves, fragrant cinnamon rolls and its famous jammers, all handmade with local ingredients. And the Pacific Northwest company wants it to stay that way forever.

Earlier this year, Grand Central announced it would transition from being a privately held company to a Perpetual Purpose Trust, a type of ownership that would preserve its independence and unique character in perpetuity. As a non-charitable trust, the bakery can never be sold, and it’s run based on values, not profit. The transition will be complete by fall.

Grand Central is one of just a handful of mission-driven food businesses that are pioneering new ownership models as the basis of their succession plans. In addition to the non-charitable trust structure, a few food companies have also transitioned to employee stock ownership programs.

“We explored multiple options, from outright sale to employee ownership, but we found that a Perpetual Purpose Trust would be the least disruptive and allow us to preserve what we’ve put a lot of time and effort into building,” said Ben Davis, Grand Central Bakery’s president and the son of the company’s founder, Gwen Bassetti.

Grand Central’s origins are baked into Northwest food history. Officially founded in 1989 in Seattle, its roots go back into the early ‘70s when Bassetti launched a sandwich shop with friends in Seattle’s Pioneer Square Building. She later relaunched as a bakery, inspired by Italian baker Carol Field, with Grand Central featuring European-style breads and rustic pastries. Everything served at the bakery was made from scratch with locally sourced ingredients—revolutionary for a time when sliced “bread” in plastic bags was the norm.

“It was so popular, they had to give out ration cards for the bread,” said current CEO Claire Randall.

Within a year, Bassetti opened a wholesale production facility south of downtown Seattle and, when her son moved to Portland in 1993, the first bakery in Portland. Today, Grand Central operates seven bakery-cafes in Portland and four in Seattle, employing 370 people. The company plans to open a new bakery next year in Hillsboro, Ore. Its loaves are carried at all PCC markets.

The small chain is known for its focus on sustainability and the regional food system. In 2018, it became a Certified B Corporation, meaning that it measures its impact on employees, the community and the environment—including the amount of waste diverted from landfills, the percentage of purchases from local vendors, and the percent of employees who move into higher paid positions. 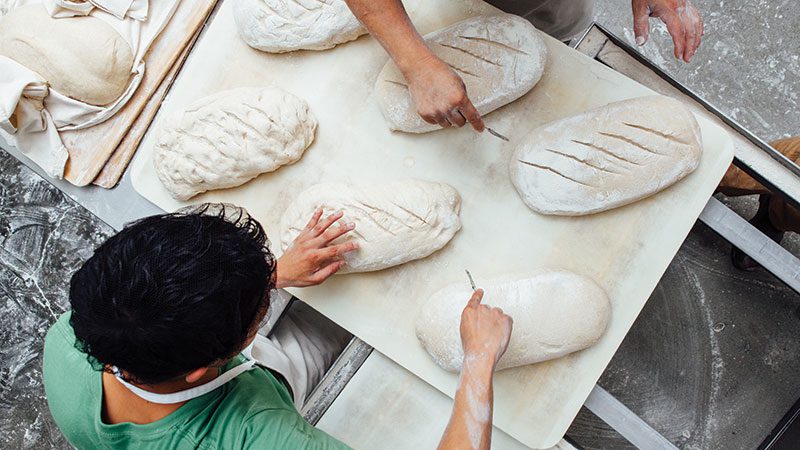 Given the mission-driven focus, it’s no surprise Grand Central owners fretted over their succession plan. Most businesses are sold or inherited, but they didn’t want to go that route because an outright sale could lead to new owners drastically changing course, pushing for rapid growth at the expense of quality, and reselling the bakery again—creating disruption for employees, vendors and the community, said Randall.

“We really wanted to preserve our mission and our way of doing business,” she said.

The Perpetual Purpose Trust, it turns out, would do just that. The trust holds all the voting shares and profits are reinvested in the company and used to further its mission. The non-charitable trust structure does not provide a tax advantage—it’s established to benefit the company’s mission rather than a person.

Companies owned by such a trust establish a legally binding purpose and objectives—a kind of Constitution—to guide operations and decision making long after the original owners have retired or moved on.

Grand Central’s objectives include operating the company for the benefit of its stakeholders and community (customers, vendors, employees, investors, and nonprofit partners), maintaining quality, craft, and delicious food, providing employees with fair compensation and benefits, fostering equity and diversity and strengthening the regional supply chain.

The trust will be overseen by an independent board charged with ensuring that the company stays on track and fulfills these objectives. Randall will continue as CEO. This summer, the bakery chain planned to launch a fundraiser in hopes of attracting impact investors for its future initiatives. They will earn dividends but won’t get a seat on the board or a say in how the company is run.

The ability to transition to a trust has existed for over 100 years, though not many companies in the U.S. have taken advantage of it. The model is more common in Europe, said Sarah Joannides, managing director of Alternative Ownership Advisors, a consulting group and subsidiary of Organically Grown Company helping businesses around the country transition to trust ownership.

Few companies have used it in the U.S., said Joannides, because most business owners are concerned with maximizing wealth, then selling the business and taking the wealth with them.

On the other hand, “Mission driven leaders who have put their blood, sweat and equity into the business might be concerned about selling to somebody who may have a very different vision. They…are thinking more about their legacy,” Joannides said.

There are a few challenges of becoming a trust, she said. It’s complicated and few lawyers are familiar with how to set up the trust. Unlike in a traditional sale, the owners don’t see a quick payout. (In the case of Grand Central, the owners are keeping about half of the non-voting shares and those will be paid out over time, said Randall.) Also, just a few dozen companies have used the trust ownership structure, so it’s unclear if any other challenges will come up.

Randall, the bakery’s CEO, also said the trust structure won’t mitigate the disruptions caused by the pandemic and the war in Ukraine, including skyrocketing ingredient costs and staffing shortages. But, she added, “I’m hoping [transitioning to a trust] will provide some hope and a sense of relief to our employees and the community.” 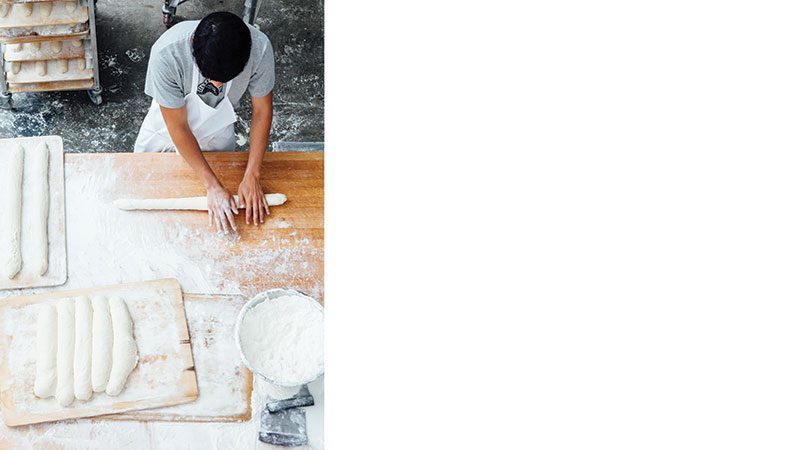 Several other food companies are already owned by a Perpetual Purpose Trust. They include the Organically Grown Company, an independent wholesale distributor of organic produce (and PCC supplier) based in Portland, which transitioned to the trust model in 2018. Firebrand, a mission-driven bakery in Oakland, California, and Local Ocean Seafoods, a restaurant and fish market in Newport, Oregon, have also transitioned to being owned by a trust.

Other food companies have sought to turn ownership to their workers. King Arthur Flour, a Vermont company that sells flours, baking supplies and equipment, became 100% employee-owned in 2004. The company’s more than 300 employees are eligible for the Employee Stock Ownership Plan as long as they work for one year and log more than 800 hours on the job. In April 2020, the Oregon-based whole-grain foods manufacturer Bob’s Red Mill went the same route. The companies say the program motivates employees to be more productive since they directly benefit from their company’s success.

A conversation with EarthGen

Learn how EarthGen reaches nearly 40,000 students around the state with its environmental education programs, supported by PCC’s “Farm to School” bagged apple sales.

A new garden is part of an overall renaissance at a world-renowned nursery that had fallen into disrepair. It’s led by members of the Port Gamble S’Klallam Tribe, on land historically occupied and currently owned by the tribe, meant to link members with the traditional uses of plants.

PCC now has more than 100,000 members. To celebrate that milestone, we’re spotlighting some of the members who help the co-op thrive.