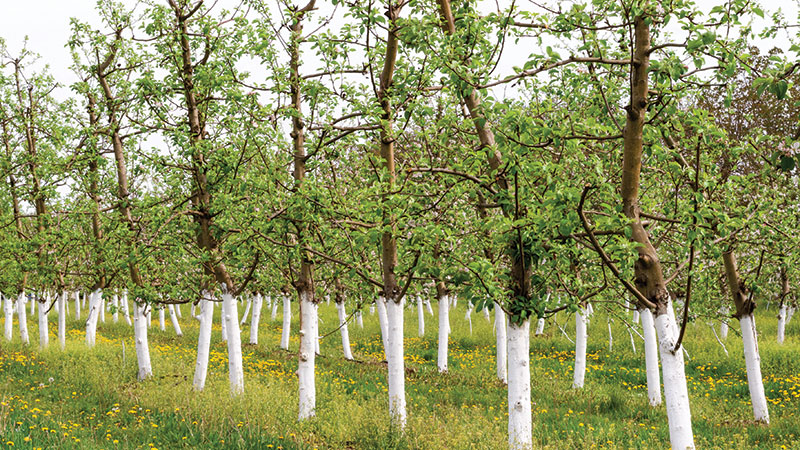 The Giving Grove, a national nonprofit serving food insecure communities, will expand into Seattle in partnership with Tilth Alliance, a Seattle nonprofit that works in community with Washington farmers, gardeners and eaters to build a sustainable, healthy and equitable food future. Since its launch in 2013, The Giving Grove network has planted 304 orchards across the nation that transform unused and vacant land into safe green spaces that provide free holistically grown fruits, nuts and berries. The Giving Grove’s mission is to provide healthy calories, strengthen community, and improve the environment through a nationwide network of sustainable little orchards that dramatically increase access to healthy foods. (tilthalliance.org)

Off-farm income contributed an average of 82% of total income for family farms in 2019, according to a U.S. Department of Agriculture (USDA) analysis. Almost all farm households in 2019 derived some income from off-farm sources, such as pensions, investment income, or wages and salary from an off-farm job. But small family farms—defined in this instance as having income less than $350,000—depended on it the most. (InvestigateMidwest.org)

The value of Washington’s agricultural production was $10.2 billion in 2020, a 7% increase over the year before and the most in five years, according to USDA’s National Agricultural Statistics Service (NASS). The higher value, however, doesn’t necessarily mean more profits. Farm expenditures in Washington rose 37% from 2019, according to an earlier NASS report. (CapitalPress.com)

Seattle Filipino restaurants like Musang, Hood Famous and Archipelago have risen to regional and national acclaim over the past few years. But filmmaker Terrence Jeffrey Santos cautions Filipino food is not a trend—people are just paying more attention. In 2018 Santos started filming the journeys of Seattle Filipino chefs for a documentary, “Filipinx Food Seattle,” which is still in the works. The purpose of the documentary is twofold: to provide an insider glimpse into the Seattle Filipino food scene, and be a source of pride for the Filipino community. (Seattle.eater.com)

Microplastics—minuscule bits of bottles, bags, synthetic fibers and other plastic waste that have broken up in the environment—are influencing Earth’s climate as they circulate through the atmosphere. Like other aerosol particles, both natural and synthetic, microplastics seem to have an overall cooling effect (albeit a small one), according to the first study to look at the possible climate effects of airborne microplastics. The study’s authors and other researchers say the findings, published in Nature, show the urgent need to get a better handle on how much plastic debris is in the air, where it is and what it is made of in order to better pin down its climatic influence. (ScientificAmerican.com)

Maine voters have approved an amendment that enshrines the “right to food”—the first of its kind in the United States. The amendment to the state’s constitution declares that all people have a “natural, inherent and unalienable right” to grow, raise, produce and consume food of their own choosing as long as they do so within legal parameters. Maine, a state with a bustling agricultural industry, has been at the forefront of the food sovereignty movement, which envisions a food system where producers also have control over how their goods are sold and distributed. (WashingtonPost.com)

More workers at the country’s top five meatpacking companies were sickened and died of the coronavirus than had been previously estimated, an investigation by the House select subcommittee on the coronavirus crisis has found. At least 59,000 workers at Tyson Foods, Smithfield Foods, JBS, Cargill and National Beef—companies that control the lion’s share of the U.S. meat market—were infected with the coronavirus during the pandemic’s first year, according to a report the subcommittee released on its findings. The report, which stems from an investigation the subcommittee launched in February, alleges that the country’s top meatpackers failed to protect workers, allowing the virus to spread quickly in the close quarters of processing and packing plants. (WashingtonPost.com)

While Bayer, the colossal German chemical and pharmaceutical company that now owns Monsanto, has agreed to pay billions of dollars to put recent cancer lawsuits to rest, legal experts say migrant farmworkers, who are at the forefront of pesticide and herbicide exposures—including Roundup—are expected to be left out. It is hard to know exactly how many migrant farmworkers have filed lawsuits against Bayer. However, after speaking with law firms that have represented plaintiffs from major Roundup cancer lawsuits and farmworker organizations across the country, Environmental Health News (EHN) has found little evidence that any migrant farmworkers have done so. Fear of retaliation, and a lack of legal resources and legal immigration status, has diminished migrant farmworkers’ likelihood to seek justice and compensation. (EHN.org)

Research from the Friedman School of Nutrition Science and Policy at Tufts University and Montana State University identified climate change as a significant stressor on the quality of coffee. They found coffee is primarily susceptible to water stress, increased temperatures and larger quantities of carbon dioxide in the atmosphere. Two consistent trends affecting the flavor and aroma profiles of coffee beans were higher altitudes—associated with better coffee flavor and aroma—and too much light exposure—tied with a decrease in coffee quality. (FoodDive.com) 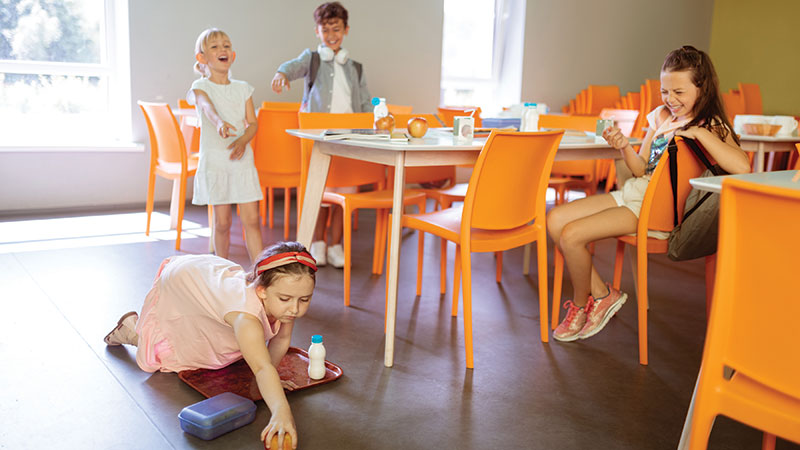 In a new study of more than 100 kids with food allergies, nearly one-third said they had been subject to some form of food allergy-related bullying. “We also found that only 12% of parents reported that their child was bullied for food allergies, which tells us they don’t always know when bullying is happening,” said study lead author Linda Herbert. Among those who had been bullied, two-thirds said they had been verbally harassed, teased, threatened, intimidated or criticized because of their allergy. (USnews.com)

The close relationship between the Yakama Nation and the Inaba family took another step in the fall, as tribal leaders announced their purchase of Inaba Produce Farms. The farm, located southwest of Wapato on the Yakama reservation, is a third-generation family farm operated by siblings Lon, Wayne, Norm, Diane and their mother, Shiz. The Confederated Tribes and Bands of the Yakama Nation helped Lon’s grandfather begin farming there in the early 1900s, he said, so it’s only fitting that they will continue their association with the operation. (YakimaHerald.com)

Filter-feeding baleen whales have huge appetites, and their equally massive post-meal expulsions spread nutrients that marine organisms need in order to thrive. Yet as a new study shows, scientists have been underestimating the daily prey intake of baleen whales. The finding, says Matt Savoca, a postdoctoral fellow at Stanford University in California and lead author of the study, suggests that helping whale populations rebound to preindustrial-whaling levels can have an even bigger effect on their ecosystems than previously thought. (hakaimagazine.com)

The Humboldt marten is a threatened species that lives in the coastal forests of Northern California and Oregon. Because of trapping and widespread logging of its habitat, fewer than 400 of the animals remain in the wild. In October, the U.S. Fish and Wildlife Service proposed to designate about 1.4 million acres of land as a protected critical habitat for the marten. (opb.org)

Among its many environmental challenges, Puget Sound has a water quality problem caused in part from too much pee from the 4.5 million people living in the region. This problem, known euphemistically as “nutrient waste,” has caused Puget Sound to run afoul of the federal Clean Water Act. Now the Washington Department of Ecology is poised to finalize new regulations for wastewater treatment plants that seek to cut down how much they concentrate and dump nutrient waste into the sound. (Crosscut.com)

Conservation groups want the Washington Department of Natural Resources to change how it manages state trust lands. At a State Supreme Court hearing, an attorney for the conservation groups said the state should log fewer trees to generate revenue for public school construction. The groups said fewer harvests will help the state deal with climate change, thus serving all state residents. (KUOW.org)

A new era for a small planet

Fifty years after “Diet for a Small Planet” changed eating habits and lives, Frances Moore Lappé and Anna Lappé have a message of hope and resilience for today’s world.