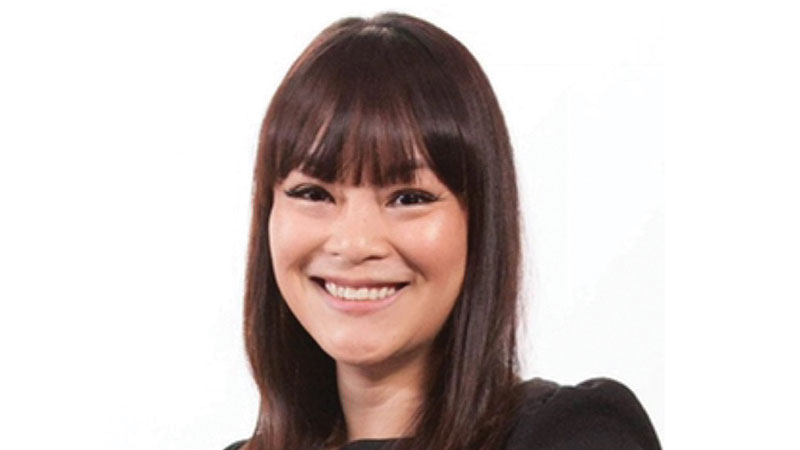 Kim Vu, currently vice president of environmental social governance (ESG) at Seattle-based Remitly, has joined the PCC Board of Trustees.

Trustees voted in October to expand the board to 12 members, up from 11 (including PCC’s CEO, currently interim CEO Brad Brown). Vu was appointed to the new seat.

“We’re trying as best we can to bring people on the Board that are representative of the community that we serve,” said Board Chairman Paul Davis. Vu’s areas of expertise, he said, match PCC’s top priorities.

“She’s recognized as the best of the best, so we’re very fortunate that she was interested and that we were able to get her on board.”

Vu’s work in financial services focuses on corporate social responsibility, ESG, and Diversity, Equity and Inclusion (DEI)—including how companies build trust with diverse groups of stakeholders and create a culture of inclusion and belonging.

PCC’s bylaws allow for between seven and 13 members on the Board (see details on section 3.2). The Board most recently added a seat in 2016. Vu was appointed to a three-year term and would be subject to a member vote in 2024 if she runs for a second term.

Board members discussed at length whether they should wait for a membership vote on new Trustees in the spring, said Trustee Laurae McIntyre, but ultimately felt confident making the appointment and thought members would support their reasoning.

“We need someone with the experience that Ms. Vu has,” McIntyre said, as DEI work is crucial to the co-op and to the communities it serves. “We are all impacted by it,” and it’s essential to both get it right and to proceed as quickly as possible.

“My feeling is, the timing is of the essence. We have to move forward as we continue to grow.”

From Vu’s standpoint, her interest in joining PCC came from an alignment of shared priorities and shared values.

She started her financial career as a teller working in a credit union during college and continued her career with credit unions for over a decade, including serving as executive director of the Northwest Credit Union Association’s Foundation and as the Association’s vice president of community investment and social impact.

“There is power in the cooperative spirit of being able to work alongside communities and neighborhoods on how we think about shared prosperity…this was really compelling when the opportunity to work with PCC came about. It made a lot of sense to me.”

The last decade of Vu’s work has shifted from managing business teams toward corporate social responsibility, considering the impact of companies on the community and its larger ecosystem. Before Remitly, she was Seattle market executive for Bank of America. She previously served on boards for nonprofits and early stage startups, and hopes both her business and life experience has an impact in that work.

Seats at the table

Vu was born in Amarillo, TX, where her parents immigrated to, from Vietnam toward the end of the Vietnam War.

They cobbled together multiple jobs, with her father adding on night school to earn a degree in computer science. That led them to San Jose, CA, also a formative experience for a family of modest means. Seeing how hard her parents worked to build a life in a new country, the power of education and access to meaningful work, and how moving money and redistributing resources through a community can change its trajectory—all those spurred Vu’s interest in financial services.

“I recognize what it means when you have people with diverse experiences at the table. And that representation in decision making about how money moves through the world and communities can be really powerful.”

Her interest in ESG and DEI was sparked by the homogenous work environment in her early days when she started out in wealth management. Her relative youth, along with being a woman and a person of color, made her consider “the value of being able to bring a different perspective to the conversation where everybody is the same.”

“It adds value and richness to the business and how decisions are made,” she said. “PCC’s customers (or members) come from all walks of life, all different types of experiences. That should be reflected throughout the organization, all the way up to the Board.”

Local farmer Melony Edwards, a Sound Consumer contributor and board member of the National Young Farmers Coalition, talks about farming journeys and the future with author-filmmaker Natalie Baszile and food writer Mark Bittman.