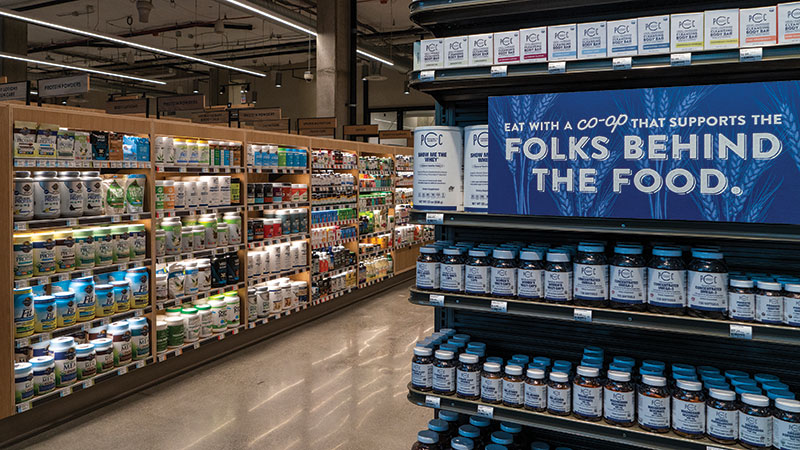 How does PCC determine which ingredients should be allowed or barred from its shelves?

Two years ago, the co-op began a more in-depth and formalized process to investigate product ingredients flagged as needing review. Rebecca Robinson, PCC’s product sustainability specialist, studies scientific research, historic use of the substance, health data, environmental impact, and current regulations on use both in the United States and other relevant countries, among other materials. She also weighs in any data from National Organic Standards Board reviews of the substances, since organics are a priority for PCC. She presents recommendations to PCC’s cross-departmental Quality Standards Committee, which then votes on allowing or prohibiting each substance.

The goal of the reviews is both to consider updated information and regulations and to make sure PCC’s ingredient standards are consistent and keep pace with health and environmental issues and other concerns. PCC tries to take a precautionary approach whenever possible, avoiding adding new ingredients to the permitted list without strong evidence that they are necessary. (One consideration is whether an additive is an essential ingredient in dietary alternates, such as gluten-free or vegan products, where few other options are available.)

A full list of current standards is online here.

Among the ingredients that came before the committee in 2021:

Isomaltulose: This is a different form of sucrose, or table sugar, made from glucose and fructose. The different structure means it is digested more slowly, without causing significant spikes in blood sugar, and—unlike some other alternative sweeteners—it is not associated with gastrointestinal distress. It also does not cause tooth decay. However, on the cautionary side, it is at risk of being genetically engineered, because it is commonly made from beet sugar, a crop that is often genetically engineered. The approved recommendation was to allow the ingredient, with an annotation that it must be certified organic or otherwise verified as not a product of genetic engineering.

Polylysine: This is a synthetic preservative made from a microorganism through fermentation and marketed as biodegradable. Some research indicates it can disrupt or cause harm to the gut microbiome, and it is banned in the European Union and in Canada, contributing to the approved recommendation to prohibit the ingredient from food sold at PCC. Robinson will, though, continue to research whether the preservative should be permitted in body care products, as Health and Body Care Merchandiser Steven Jamieson noted that he is seeing the ingredient more often there.

Sodium Ferrocyanide: This anticaking agent is used in salts and salt-based seasonings. While it is considered relatively benign, the approved recommendation was to prohibit it at PCC stores. Robinson explained that PCC’s shoppers generally want to avoid unnecessary additives in their foods, and, additionally, this ingredient is not permitted in organic foods, which PCC prioritizes on its shelves.

Transglutaminase: This enzyme, also known as “meat glue,” occurs naturally and is commonly used in the food industry to bind together proteins. It is used in high-volume restaurants to bind together cuts of meat into one piece; the Food and Drug Administration (FDA) has also approved it to be used in other foods like pizza dough, processed seafood and meat alternatives. Concerns associated with the product include a potential link with celiac disease and a lack of clarity around how the ingredient is identified on labels and how it is regulated. The committee agreed to prohibit it in products sold at PCC, as recommended.

Continuing the legacy of Skagit River Ranch means maintaining a beloved regional resource and a foundational source for local and organic foods.