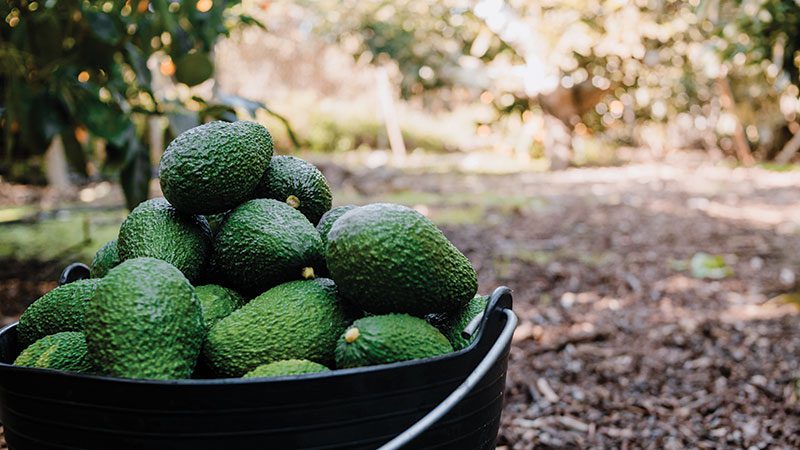 Monthly shipments of avocados to the U.S. set a new record in January at nearly 320 million pounds, representing a 33% year-over-year increase, according to research from Rabobank. Demand is also growing year-round, with shipments in March up 20% compared to the same time in 2020. Per-capita consumption has more than doubled between 2010 and 2020 to hit more than 8.5 pounds per year and could surpass 11 pounds per person by 2026. (GroceryDive.com)

Agrichemical giant Corteva announced it was dropping efforts to have the U.S. Environmental Protection Agency (EPA) approve its new choline version of the plant-killing pesticide dicamba. Since 2017, other versions of dicamba applied to genetically engineered (GE), dicamba-resistant soy and cotton have drifted rampantly, damaging millions of acres of soybeans, vegetables, orchards and other “non-target” crops. In June 2020, a federal appeals court prohibited the spraying of dicamba on GE crops, in response to a lawsuit brought by farming and environmental groups led by Center for Food Safety (CFS). (centerforfoodsafety.org)

Indigenous peoples pass on their knowledge of medicinal plants orally. If their languages go extinct, valuable medical knowledge will be lost. A study by the University of Zurich estimates that 75% of the world’s medicinal plant applications are only known in one language. Researchers suggested that language loss will be even more critical to the extinction of medicinal knowledge than biodiversity loss. (media.uzh.ch)

Cliff Bailey, a farmer and former Snohomish County Councilman who authored Snohomish County’s original Farmland Preservation Plan in the 1980s, died May 29 on his Snohomish farm at age 94, according to the Herald of Everett. In addition to his other work, Bailey worked hard to instill the value of a life of farming in younger generations through leadership roles for the Future Farmers of America (FFA), Washington State Holstein Association, All West Breeders and the National Holstein Board of Directors. “He clearly had a lot of foresight and vision specifically around the importance of farmland preservation in the county and I appreciate that he was able to help us to move the needle on that over the past several years and he just deserves a lot of credit for having that foresight about what was needed in the community,” said Hilary Aten, conservation and stewardship director for the Washington Farmland Trust. (heraldnet.com)

Cherries are too high-value to risk the crop on bee pollination alone when the bees and blooms are at the mercy of variable weather. Cherry growers have invested in equipment to spray a pollen slurry or drop it from drones. One industrious duo even mounted a backpack leaf blower onto an ATV to emit dry pollen in undersetting blocks. (Goodfruit.com) 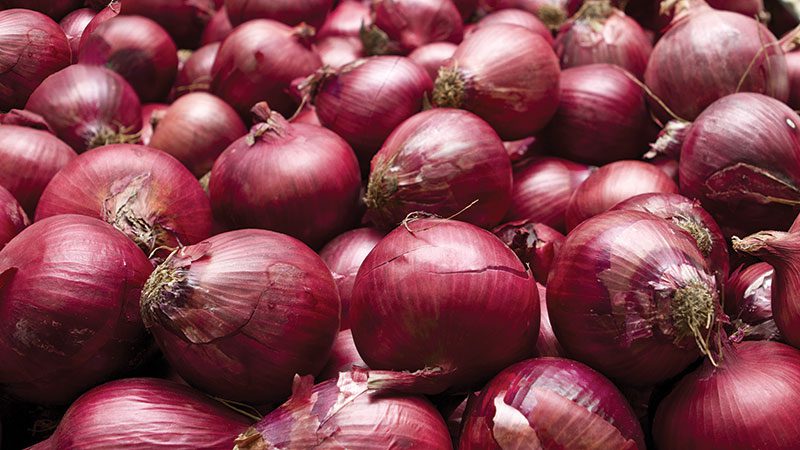 A Salmonella Newport foodborne illness outbreak in 2020 was associated with consumption of red onions from the Southern San Joaquin Valley and Imperial Valley in California. The outbreak, which caused 1,127 reported domestic illnesses and 515 reported Canadian cases, is remarkable in part because the food vehicle, whole red onions, is a raw agricultural commodity that had not been previously associated with a foodborne illness outbreak. Although a conclusive root cause could not be identified, several potential contributing factors to the 2020 red onion outbreak were identified, including a leading hypothesis that contaminated irrigation water used in a growing field in Holtville, California may have led to contamination of the onions. (FDA.gov)

Two new studies, from the Vermont Law School’s Center for Agriculture and Food Systems (CAFS) and the Johns Hopkins Center for a Livable Future (CLF), exhibit just how susceptible all migratory farmworkers are to dangers like pesticide exposure. Some states, like Washington and California, have implemented legislation that’s meant to better protect farmworkers from such hazardous conditions. But a closer look reveals that existing laws at both state and federal levels largely fail to protect those most in need of intervention: the (likely under-)estimated 524,000 children, some as young as 10, many of whom are migrants, laboring every year on U.S. farms. (TheCounter.org)

A butterfly that’s native to the Willamette Valley, once thought to be completely extinct, has rebounded in the last 20 years. In what’s being called a major win for conservationists, populations of Fender’s blue butterfly are now doing well enough to be potentially downgraded from “endangered” to “threatened.” Experts say that the victory shows how partnerships between conservation groups, local governments and property owners can lead to success stories for native species. (Corvallis Gazette-Times)

Plenty of cities, counties and states have begun divesting from fossil fuels in recent years, but Maine has become the first state in the nation to pass an actual law requiring divestment of public funds from oil, gas and coal companies. Legislative Document 99 passed the Maine state legislature, directing the Maine Public Employee Retirement System to divest $1.3 billion from fossil fuel companies by January 1, 2026. It also requires the state treasury to divest by the same date. (Grist.org)

The use of synthetic chemicals in conventional farming has skyrocketed over the last decade, causing a cascade of environmental and human health problems. Choosing organic dairy at the grocery store helps prevent the use of pesticides, synthetic fertilizer and animal drug treatments, but it’s easy to feel like each gallon of organic milk or cup of organic yogurt you purchase is only a drop in the bucket when it comes to making a stand against dangerous chemical use. The nonprofit Organic Center has produced a calculator adding up the impact of these seemingly small choices to highlight their magnitude…and looking at what we could achieve if more dairy were organic. Try it out here. (organic-center.org) 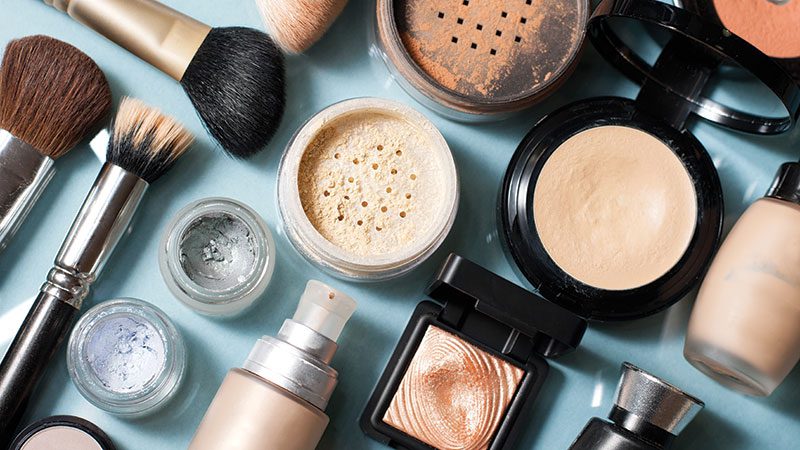 Toxic PFAS “forever chemicals” are widely used in cosmetics produced by major brands in the U.S. and Canada, a new study that tested for the chemicals in hundreds of products found. The peer-reviewed study, published in Environmental Science & Technology, detected what the study’s authors characterized as “high” levels of organic fluorine, an indicator of PFAS, in over half of 231 makeup and personal care samples. That includes lipstick, eyeliner, mascara, foundation, concealer, lip balm, blush, nail polish and more. The products that most frequently contain high levels of fluorine include waterproof mascara (82% of brands tested), foundations (63%) and liquid lipstick (62%). (The Guardian)

Danone is partnering with Terviva to develop new food products that utilize oil and protein taken from beans harvested from pongamia trees, the companies said in a statement. Terviva creates its golden, buttery cooking oil and highly soluble plant protein from the beans of the regenerative pongamia tree, which is a flowering tree native to Australia and India that is also commonly grown in Florida. The company claims the oil is more sustainable than other oilseed crops commonly used today, such as palm and soy. (FoodDive.com)

Washington State University researchers are hoping naturally occurring yeasts on wine grapes can consume residual sugar without damaging the quality of the product. Their research is funded by the university, Auction of Washington Wines and state wine grape growers and wineries through the Washington State Wine Commission. The goal is to improve the flavor profile of the wines by letting grapes ripen for longer periods of time, said Charles Edwards, WSU professor and food scientist. (Capitalpress.com) 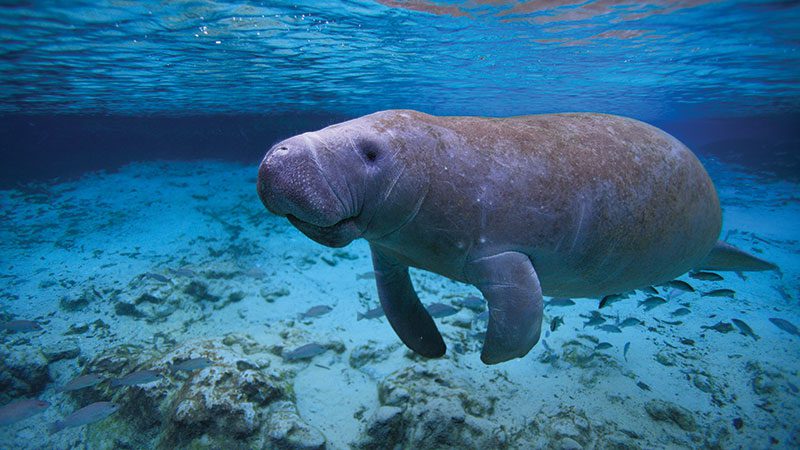 More than 10% of Florida’s estimated manatee population has died since the start of the year, already surpassing the total number of manatee deaths in 2020, according to state wildlife officials. A recent report from the Florida Fish and Wildlife Conservation Commission found there were at least 761 manatee deaths from Jan. 1 to May 28, compared with 637 all last year. Experts believe that one reason for the deaths is that the Indian River Lagoon, a 156-mile estuary along Florida’s Atlantic coast in whose warm waters manatees forage every year, has lost tens of thousands of acres of sea grass. (nytimes.com)

Sales of functional foods and beverages in the United States last year increased 9.4%, according to estimates from New Hope Network. Adaptogens, used for centuries in Chinese and Ayurvedic healing traditions, contributed to category growth. Ginseng, holy basil, reishi and maca are examples, believed to regulate the body’s response to physical or mental stress. (Foodbusinessnews.net)