Mowing down the grass ceiling 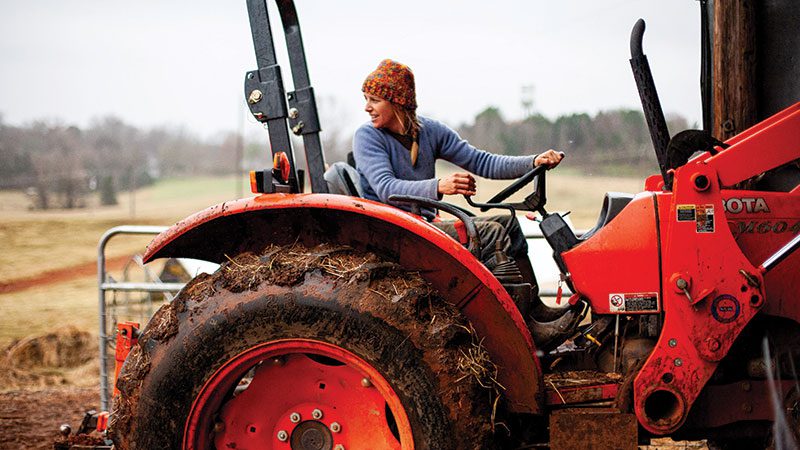 We’ve heard of the glass ceiling for women in boardrooms. On farms, says Audra Mulkern, that barrier is “the grass ceiling.”

That’s Mulkern’s shorthand for the limits placed on female farmers, who play an essential part in American agriculture but often go unseen.

Shopping at her neighborhood farmers market nearly a decade ago, Mulkern saw women behind nearly every stand. Something made her wonder if women had always been in that world, beyond the “beautiful but temporary art gallery” springing up each week.

Research quickly revealed “women farmers are missing from the narrative, from the data, from the picture,” Mulkern said in a recent TEDx Seattle talk. “It wasn’t until the 1978 Census of Agriculture that the USDA even began to track gender.”

Borrowing a camera from a friend, she began documenting their stories. Photographs from her global “Female Farmer Project” illustrate not just who these women are, but why their presence matters.

She’s won national awards as well as local honors such as PCC Farmland Trust (now the Washington Farmland Trust) Barn Raiser award and the Tilth Alliance Advocate of the Year award. The project has now advanced into a film documentary, “Women’s Work: The Untold Story of America’s Female Farmers.”

A crowdfunding campaign has allowed her team to start filming, with contributions from $100 in pennies collected by an 11-year-old girl to proceeds from the ongoing sales of “This is Women’s Work” shirts. She’s seeking major donors through her fiscal sponsor, the Redford Center (founded by Robert Redford and son James Redford with a focus on environmental justice and regeneration).

On September 22, she’ll host the virtual “Love The Land” benefit concert for the farmland trust and Viva Farms.

For Mulkern, a former Microsoft business development manager, the project has become her life’s work. 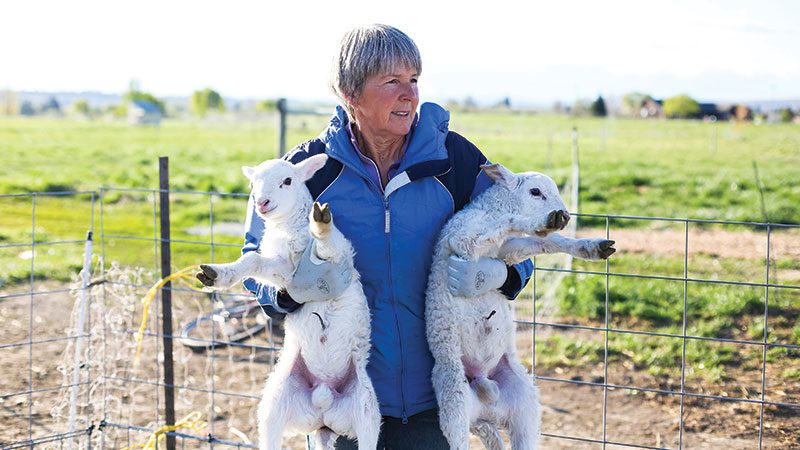 She’s helped shift the public image of farmers away from the stereotypical image of a man on a tractor. One of her project’s signature images, in fact, is a gorgeous image of a woman on a tractor: smiling, confident and powerful.

As she’s found, some of the deeper issues female farmers grapple with are as different as the surface ones: lack of access to capital (studies show it’s harder for women to receive bank loans), lack of access to land (historically passed down to sons), lack of access to child care. Ignoring those issues comes at a cost, not only to the agricultural industry but “all of us who care about the future of food in this country.”

“If we want to free women up to feed us, we need to address these things,” she said. “They are big things, but they can be fixed so easily.”

While the project includes farmers from around the globe, Mulkern’s Washington home base means many are from the Seattle region and elsewhere in the Northwest, providing regional readers with a deeper understanding of the work and lives behind the local harvest.

In her TED talk, she told stories of women throughout the country who mucked stalls and tended seedlings while advocating for their communities and finding creative solutions to the barriers in their way. At times the smaller farms they are more likely to lead have proved unexpectedly valuable and resilient, because they tend to focus on a mix of different projects rather than on a single crop, she said. In the COVID-19 pandemic, for instance, “I saw women across the food system working tirelessly to find solutions, like Zsofia Pasztor, who worked to rescue and redirect over 10 million pounds of crops like potatoes and onions from Eastern Washington farms to Western Washington food banks,” she said.

“In the South Bronx, Karen Washington hosted free farmers markets, giving away tons of fresh produce. Once again, in a crisis, women came together to feed a nation. But what if, instead of turning to women just in times of crisis, we had supported and funded them long before?”

“Women farmers deserve to be recognized, counted and seen.”

It’s time, she says, to mow that grass ceiling down. 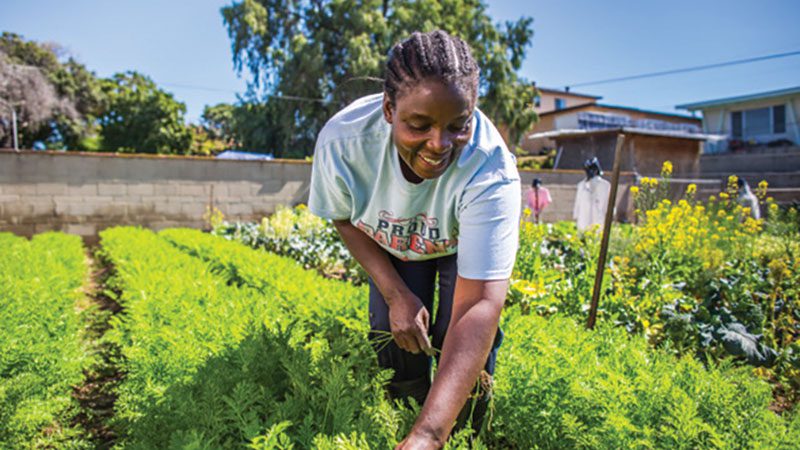 For information on Mulkern’s documentary see womensworkdocumentary.org. A podcast she produces, interviewing female farmers along with farmer and Sound Consumer contributor Melony Edwards, can be found here. Mulkern has also separately photographed foods and producers for PCC; a selection of her work can be seen in PCC stores.

Know of women who are making important changes to our food system? As Mulkern puts it, “We are looking for the pioneers, multigenerational farm women, and women who are making change. Is there a farmer you know, that we should know? Is she your grandmother, great-grandmother? Are you a female farmer who has a great story?”

Nominations to be included in the documentary “This Is Women’s Work” can be made online.