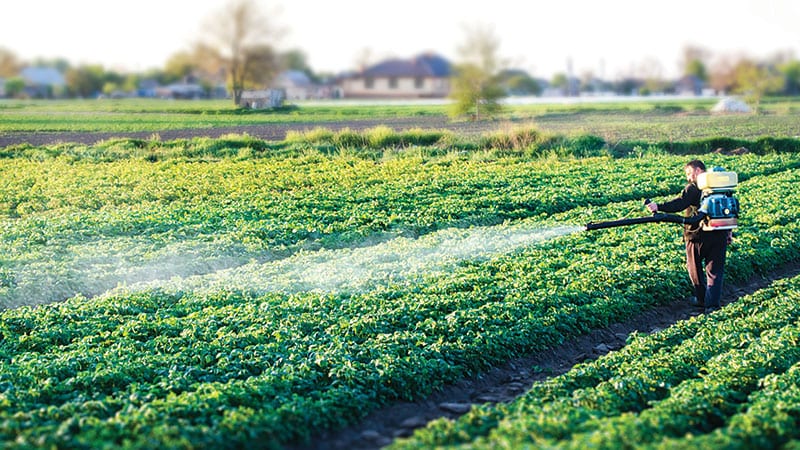 Analyzing five years of U.S. Department of Agriculture (USDA) data from tests that detect some 450 pesticides, the nonprofit assessed which produce contained the most concerning residues.

“This means that fruits and vegetables with residue of many different pesticides can still receive a rating of Very Good or even Excellent if the amounts are low compared with the level we consider harmful, or if the pesticides have a low toxicity. But others rate poorly if they have even a very small amount of a more dangerous pesticide,” according to a Consumer Reports article on their findings.

“For example, fresh nonorganic tomatoes have a Very Good rating despite having residue of 65 pesticides because the amounts weren’t concerning and/or were found on only a few samples. On the other hand, imported nonorganic summer squash rated Poor because it had worrisome amounts of a particularly harmful pesticide on just one sample.”

The list included organic and nonorganic fresh produce as well as some canned and frozen items.

Generally, the agency recommends buying organic produce when possible—but notes that isn’t always feasible, whether because of limited regional availability or generally higher prices for organics. (Even some organic products received a Poor rating, including fresh U.S.-grown spinach, where some of the pesticide levels were similar to those found in nonorganic spinach.)

Given that, the organization offered recommendations for which organic fruits and vegetables to prioritize, or which to avoid when organic versions weren’t available. (A few examples are in the sidebar; the full report is online here.) Don’t eat less produce, the article said—most Americans already don’t eat enough. Minimize the risk by favoring produce grown with fewer and safer pesticides.

The agency also recommended the federal government take several steps to improve the food chain, including enacting a system to quickly identify banned pesticides on imported produce to keep it out of the country, banning agricultural use of the riskiest pesticides, and maintaining the integrity of the USDA organic program.

“Sadly, there’s a lot we don’t know about the human health effects of pesticides in food,” said Charlotte Vallaeys, the senior policy analyst who led the study for Consumer Reports, in the article.

“Given this, it makes sense that we should err on the side of caution and base decisions about pesticide use not just on what we know but also on what we don’t yet know.”

Ratings were based on the number of pesticides detected on each item, the frequency with which pesticides were found on samples, the average amount of residue of each pesticide found on the items, and the toxicity of the pesticides.