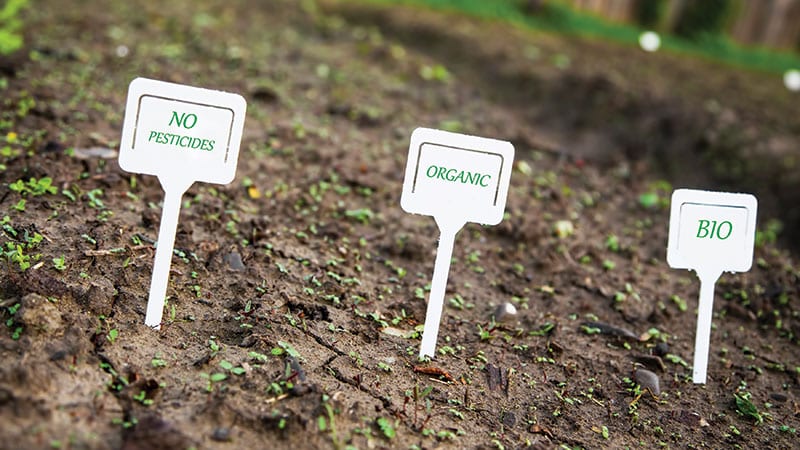 In 2017 The Washington Post reported on a shipment of 36 million pounds of soybeans that were shipped from Ukraine to Turkey to California and sold as organic, even though they had been fumigated with pesticides not approved under the U.S. Department of Agriculture (USDA) Organic standard and originally sold into the conventional market. And in 2019 an Iowa grain broker was sentenced to 10 years in prison for selling more than $142 million in fraudulent organic animal feed to Midwest farmers between 2010 and 2017.

These were not isolated incidents. Over the last decade, groups like Organic Farmers Agency for Relationship Marketing (OFARM) and The Cornucopia Institute have tracked and analyzed massive shipments of grain from countries including Turkey, Ukraine, Romania and Russia, with much of it routed through Turkey. They’ve found that the amount of certified organic acreage in the origin countries could not have produced the quantity of grain entering the U.S.

“Serious questions as to whether some countries, like Kazakhstan, even have organic production acreage are alarming, considering reports that imports from these regions have filled the U.S. organic supply chain,” John Bobbe, OFARM’s Executive Director, told The Cornucopia Institute in 2018.

And yet, regulation of this $50 billion global market is done by USDA’s National Organic Program (NOP), which was staffed by only 37 people in 2019. Now, the NOP, which regulates the global industry, has released a proposed rule to combat organic fraud, and it could be the most consequential update to the organic standards to date.

“It’s the largest single piece of rulemaking since the organic regulations were implemented in 2002,” said Gwendolyn Wyard, vice president for regulatory and technical affairs at the Organic Trade Association (OTA). “I’ve been referring to it as a ‘beast’ because it covers so many topics and so many different areas. It’s really going to impact everyone in the supply chain.”

In its current form, the Strengthening Organic Enforcement Proposed Rule would require all certified organic food companies to have a plan in place to prevent fraud in their supply chains and would ramp up unannounced inspections of all organic operations. It would also make it easier to trace and track imported foods by requiring electronic certificates and mandating that more players involved in the transport and sale of organic foods—like brokers and traders—obtain certification.

The proposed rule stems from an addition to the 2018 Farm Bill, and it was originally set to be released in September 2019. And while advocacy and industry groups celebrated the step forward, they also contend that the agency had failed to act on several other important issues, such as the Origin of Livestock rule, even when directed by Congress. And just a few days after publishing the proposed rule, USDA also announced an unexpected reduction in payments made to help farmers manage the cost of transitioning to organic, angering pro-organic groups like the National Organic Coalition and the Organic Farmers Association.

The OTA’s Wyard said the group has been disappointed by USDA’s management of the NOP under President Trump and that other near-term changes to the program are unlikely. “This is the only rulemaking I think we’re going to see out of this administration,” said Wyard.

Organic food was once considered niche hippie fare and was mainly confined to produce and meats sold directly to consumers at local markets. Over the past few decades, it has become a multi-billion dollar market filled with premium packaged foods and processed snacks that can cost as much as twice the price of their conventional counterparts. Food industry giants including General Mills and Perdue have jumped into the game, as many consumers have been willing to pay that premium.

But the amount of certified organic farmland in the U.S.—especially for the corn and soy used to make processed foods and animal feed—has not kept pace with the demand for organic food, creating a wide gap between supply and demand that has primarily been filled by imports. That gap in supply and long, complicated foreign supply chains have created a situation ripe for fraud, which undercuts organic producers following the letter of the law.

“Part of the challenge has been that organic has experienced tremendous growth in the marketplace, and so [NOP] has to oversee what is now a worldwide system of organic production,” said Abby Youngblood, the executive director of the National Organic Coalition. “We’ve been working really hard to get the resources to USDA to do that more effectively. They have ramped up in terms of hiring a lot more auditors…and they have been making improvements in their ability to oversee the organic marketplace.

“Organic has experienced tremendous growth in the marketplace, and so the USDA has to oversee what is now a worldwide system of organic production.”

The proposed rule would take that expansion to the next level by closing several loopholes in the standard and adding new safeguards. For example, many people and companies involved in the supply chain that are not directly involved in growing or processing the food, like grain brokers and traders, have in the past been exempt from certification. The rule would significantly shrink that list.

“The allowance of uncertified handlers creates gaps in the organic supply chain, breaking chains of custody and complicating the verification of product origin,” the NOP wrote in the proposed rule. “Improved supply chain traceability is critical to the continuing success of the program and its ability to ensure the integrity of organic products.”

Wyard said that provision alone will be incredibly meaningful for the industry, and that requiring mandatory import certificates from all countries would be another major shift toward effective enforcement. All organic food companies would also be required to have a plan in place to monitor their supply chains to prevent fraud, a tactic the OTA has long supported. Through its Organic Fraud Prevention Solutions program, the organization provides training to help companies create those plans.

USDA published the proposed Strengthening Organic Enforcement Rule on August 5 and it was open for public comment until October. The agency will now have to work through those comments before publishing a final rule that will then require an implementation period of about a year.

Wyard said some in the industry think that timeline may be ambitious given the scale of the changes, but for many it feels like a long slog.

“If you’re an organic grain producer, it feels as slow as molasses…when you’ve been competing with fraudulent products and your prices are being undermined,” Youngblood said.

Other proposed changes to the organic standards have gotten stuck in the mud along the way. The Organic Livestock and Poultry Practices (OLPP) Rules, which were championed across the industry as crucial to bringing animal welfare standards on organic farms up to a level consumers expect, were finalized in 2017 after the agency worked through five different versions. USDA then withdrew the rules altogether soon after the Trump administration took over, and a lawsuit the OTA filed against the agency is still tied up in court.

The Origin of Livestock rule, intended to close a loophole that allowed dairy operations to retain organic certification while adding conventionally raising calves to their herds, has suffered a similar fate. First proposed in 2015, it was never finalized. Congress then directed USDA to finalize the rule within 180 days in an appropriations bill signed into law in December 2019—to no avail.

On July 1, a bipartisan group of lawmakers sent a letter to Agriculture Secretary Sonny Perdue notifying the agency that it had missed the deadline and urging the department “to immediately finalize the rule.” In doing so, the lawmakers urged Purdue to “demonstrate meaningful support for the economic stabilization and recovery of family-owned organic dairy farms.”

There is also a long backlog of recommendations from the National Organic Standards Board—the advisory group made up of farmers, scientists, and other organic stakeholders charged with maintaining the science behind the label—that NOP has not yet acted on.

Still, industry experts are confident that a rule cracking down on cheating the system, especially one that mainly aims to curb foreign fraud that affects American consumers and farmers, will move forward, regardless of who is in office.

“Under this administration, from the top all the way down, this has been a high priority,” Wyard said. “As it turns out, our government doesn’t really like fraudulent products coming into the United States. And [because] so much of it is mandated by Congress, we really have that congressional support.” Organic fraud protections written into the farm bill, for example, had bi-partisan support.

Unlike many issues that have divided the organic community in recent years—such as certifying hydroponic farms—cracking down on fraud is a matter on which many in the industry appear to agree. “I think that we, as an organic community, have done a really good job of articulating the scale of the challenges, and we’ve been able to demonstrate that the lack of a level playing field for organic farmers is really undermining their viability,” said Youngblood. “It took a lot longer than we had hoped, but we are certainly encouraged by this.”

Still, advocates said it will take more than a USDA rule to end fraud in the industry, including concerted efforts within private companies. And given the long timeline until implementation, they’ll have to continue to police the issue until the new protections are firmly in place.

“In the meantime, we are continuing to advocate that USDA do as much as they can within their authority to stop the fraudulent activity,” Youngblood said.

This piece was originally published in Civil Eats (civileats.com) and is reprinted by permission.