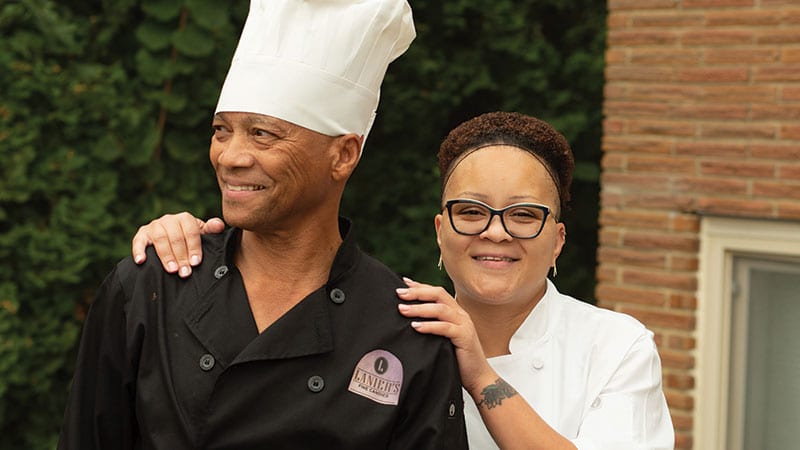 We’re proud of our partnership with Ventures, a local nonprofit that helps budding entrepreneurs launch businesses. Since its founding in 1995, Ventures has provided coaching, classes and more than $1.4 million in loans to help low-income entrepreneurs launch more than 2,500 businesses across Washington state, emphasizing individuals who are people of color, immigrants and women. Access to business loans, training sessions in both English and Spanish, and affordable kitchen space for food businesses can greatly reduce their barriers to success.

Last year in the Sound Consumer, we noted challenges entrepreneurs face and provided a behind-the-scenes look at the Scaling for Success program. The second year of our commitment to the program saw classes shift to an entirely virtual platform, and included a success story we’re excited to highlight.

Entrepreneurship is often portrayed in the media as an overnight success. However, it can take years of dedicated work to bring a product to consumers. Herman Lanier launched Lanier’s Fine Candies in 2011, after retiring from the University of Washington, where he worked as a project manager in facilities services.

On the recommendation of an acquaintance, Lanier signed up for a Ventures class a week after his last day at UW. That class helped him write a business plan and hone his elevator pitch, but he says he made lots of mistakes right out of the gate, including running a market analysis on only two of his 15 flavors. He placed a substantial order for equal numbers of packages for all flavors and was caught by surprise when sales were tremendously uneven; he still has abundant unused boxes for the less popular flavors. An early advisor told him, “Thank goodness you don’t have a lot of money, you’d be making a lot more mistakes.”

He now urges new entrepreneurs to begin with thorough research and market analysis, and “talk to your competition or another expert.” His own questions to experts provide key advice in adapting his family recipe for commercial quantities, as well as help getting precise with critical temperatures. He has returned these early favors, showing his current operations to candymakers he’s met through Ventures, suggesting that competitors can also form a helpful community.

His first big success came through Festival Sundiata, the longest-running African-American festival in the Pacific Northwest. When he dropped off a few boxes for a barbecue kicking off the weeklong celebration, the organizers asked him to lower his wholesale price, but he stood firm — and they sold out so quickly he couldn’t believe it. Lanier defines success as something beyond sales targets and financial goals. One goal is more personal, “Working with my daughter and grandchildren, teaching them to make it as well as I do and leaving a legacy behind.” The other is more immediate and deeply practical, concerning equipment for increased batch size of his hand-cooked candy: “When you make 25 pounds at a time, you need a cooling table to spread it on, and I need to master that cooling table.”

PCC was particularly excited about Lanier’s recipes that are based on a mixture of cane syrup and honey, with no corn syrup, and added his classic peanut brittle and cashew brittle to shelves in late summer. Originally, his nut brittles—peanut, cashew, pecan, macadamia and pistachio—were made as gifts for his coworkers, using a family recipe passed down to him from an aunt, and did include corn syrup. (He says that today many commercial brittles rely on high-fructose corn syrup.) In his adjusted recipe, there’s no distinct honey flavor or heavy stickiness, just crisp sweetness holding together an abundance of crunchy, well-salted nuts. 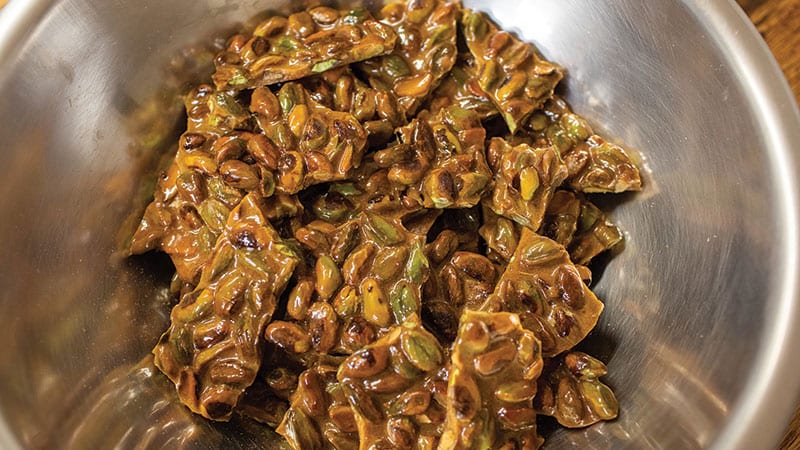 Christian Morales is the Food Business and Incubation specialist at Ventures and is clear about the need for a class like Scaling for Success, saying, “There are many barriers on the road to wholesale success. In the first place, many Ventures entrepreneurs do not have the family or community connections needed to access critical distribution channels. Once they do secure wholesale contracts, our entrepreneurs then have to understand and manage those contracts, learn labeling and barcodes, and address other aspects of their business that may not have been as important at a smaller scale. They also have to scale production to meet wholesalers’ orders, which can require business capital that might not be accessible via a traditional bank.”

After weeks of workshopping, Ventures’ clients pitched their products to PCC merchandisers. Merchandisers listened, asked questions, and provided further coaching via individual follow-up calls. Topics that needed in-depth discussion were packaging (covering everything from design concerns to legal word choices and cost expectations among various package types), common barriers for introducing a product to wholesale customers, and how a product makes the final leap from a grocery shelf to a home kitchen.

Morales says, “Wholesaling is really the next level for many Ventures entrepreneurs. It can be an important opportunity to increase the sustainability of their business model and develop a steady income stream, often for the first time. It is also a daunting process — but thankfully, PCC has helped our entrepreneurs access essential support through mentorship, relationship building and more.”

PCC also benefits from our work with this program. Holiday vendors we’ve featured in the past that we’ve found through the Scaling for Success program include OOliva, maker of bath melts, and Capuli Club, which creates fruit-forward teas; adding Lanier’s candy year-round adds new choices to our sweets. Scott Owen, PCC’s senior grocery merchandiser says, “There is a fair amount of local candy made but no real brittles, so he was a good choice.”

Jill Lightner has been writing about eating, drinking and farming for almost 20 years. Her latest book is “Scraps, Peels, and Stems: Recipes and Tips for Rethinking Food Waste at Home.”