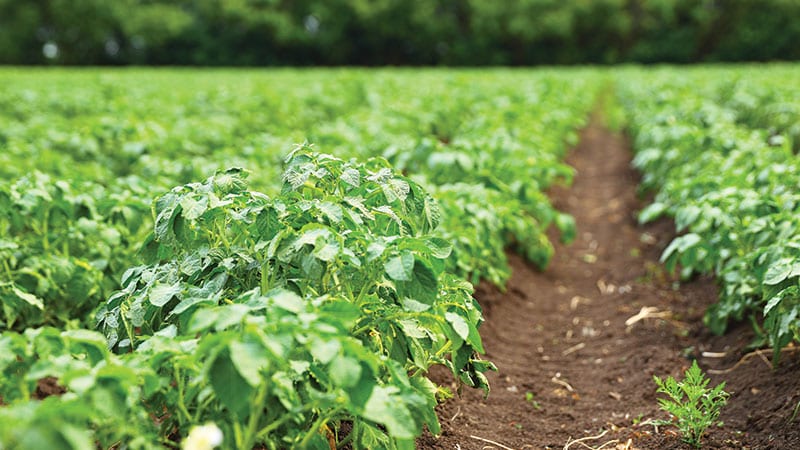 Dominating the headlines recently was a study out of the UK, which claims that organic farming is bad for the environment.

In the report, which assesses the potential changes to net greenhouse gas (GHG) emissions if England and Wales shifted to 100% organic food production, it clearly acknowledges that organic farming might contribute to a reduction in GHG emissions “through decreased use of farm inputs and increased soil carbon sequestration.”

Nonetheless, the authors contend that organic’s positive environmental impact “must be set against the need for increased production and associated land conversion elsewhere as a result of lower crop and livestock yields under organic methods.”

The crux of their argument is that organic will result in yields 40% lower when compared to conventional farming.

Even if you trust the data collected on agricultural yields, which many scientists admit is less than perfect, relying on it to make a case that modern conventional farming and animal husbandry are better for the planet than traditional organic is a mistake.

“If you look at the last 10 years, organic yields have been skyrocketing as research on organic crops has increased,” said Jessica Shade, director of science programs at The Organic Center. “In many crops, we’re getting to where the yield gap is small or doesn’t exist.”

Dr. Shade pointed out that while the amount of money spent on research into organic crops has climbed, it still is a fraction of the many millions of dollars invested by the government and private industry to improve conventional crop yields.

A critical factor, which the study fails to acknowledge, is how yields will change over time.

“The British study makes an assumption that yields in organic production will underperform conventional by 40% forever, but that’s not true,” said Dr. Yichao Rui, soil scientist at Rodale Institute. “If you keep depleting the soil and its microbiome, you won’t sustain those conventional yields over time, and the soil will be less and less resilient, which is not good for future climate change scenarios.”

Rodale Institute, which has decades of experience running its own test fields, has found no significant difference in yields of conventional and organic small grains, such as wheat. It also has found organic and conventional potato yields to be virtually the same.

The Berkeley study also dug deeper and concluded that on older organic farms, where organic practices like cover cropping and crop rotation have had time to work their magic, the yield gap shrank below 10%. After years of investment in the soil that encourages nutrient retention and nurtures the fungi, microbes and bacteria to interact with plant roots in beneficial ways, organic farm yields can easily rival those of conventional and with less water, less energy and the use of natural pesticides.

One final component that the study does not adequately consider is the impact that toxic pesticides have on soil health, which directly influences plant yields.

Farmers in Europe are so concerned about the weedkiller glyphosate and its impact on the soil’s microbiome that they believe it represents a serious threat to the continent’s long-term food security—something that would seem to single-handedly discredit this UK study.

Unfortunately, we have yet another misrepresentation of organic farming’s true role in the environment, including its ability to protect sustainability over the coming decades.

Too many of these studies—and the headlines they generate—are concentrated solely on short-term results and fail to take into account what tomorrow will look like.

Stephanie Strom is a former New York Times reporter specializing in the business of food. This piece originally appeared in OrganicInsider.com and is reprinted by permission.