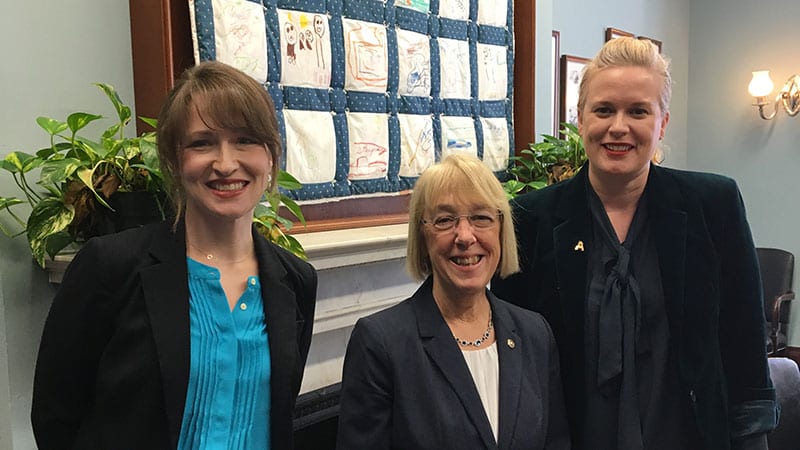 PCC believes that supporting the organic label and the food production standards it affirms requires going beyond the store shelves and shopping baskets. PCC’s voice — your voice — needs to be heard by lawmakers so they know we care about improving our food production system and support the farmers and producers doing their part to make that happen.

Working toward that goal, PCC became a full member of the National Organic Coalition — a national alliance of organizations working to provide a “Washington voice” for farmers, ranchers, environmentalists, consumers and industry members involved in organic agriculture.

On March 27, PCC participated in NOC’s annual “fly-in” (a day dedicated to speaking with senators and representatives about a set of focused issues) in Washington, D.C. During the fly-in, NOC members met with 60 Congressional offices to advocate on behalf of organic. Brenna Davis, PCC’s vice president of social and environmental responsibility, took the lead with me on engaging with Washington state senators and representatives. PCC met with six Congressional member offices from districts across the state, including in-person meetings with Sen. Patty Murray and Congresswoman Kim Schrier.

In addition to meetings with legislators, PCC participated in NOC’s annual meeting and met with U.S. Customs and Border Protection to learn more about efforts to address import fraud. PCC saw tremendous value in these national advocacy efforts and will continue to bring the voice of its producers, members and customers to the national stage to advocate for a strong organic program.