Organic roots: A brief history of organic agriculture and certification in WA state

This article was originally published in September 2018 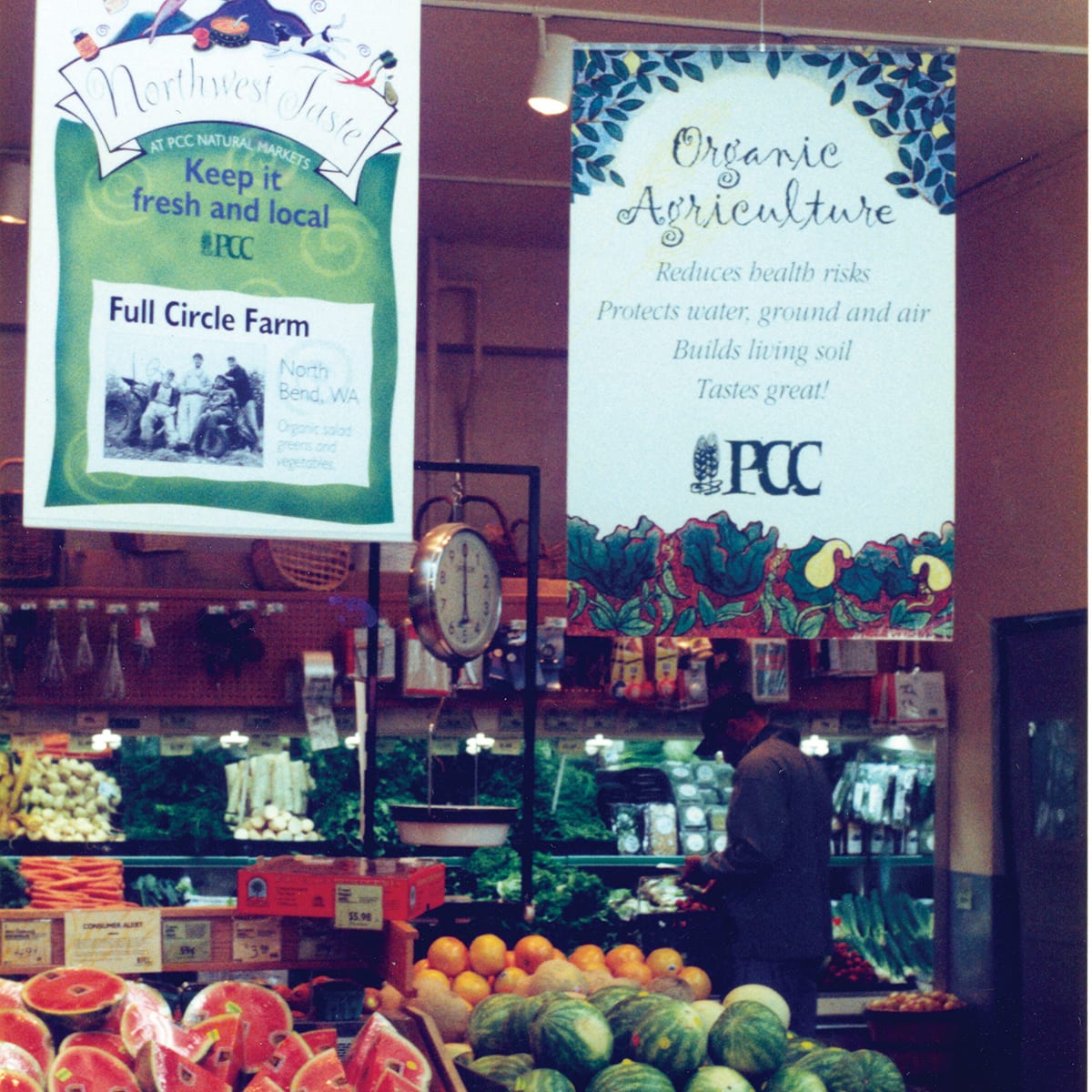 Reprinted with permission from the WSDA Organic Program

In the early 1970s, the organic farming movement was still in its infancy in Washington state. In the wake of Rachel Carson’s “Silent Spring,” and with the guidance of Rodale Institute and Acres, USA, individual farmers and gardeners were choosing alternative methods to the spray-heavy methods of the time, but alternatives were few and far between. Information on organic cultivation was scarce, and supporting organizations didn’t yet exist. Little research was available regarding organic methods and benefits.

That began to change in 1974. Wendell Berry, poet and farmer, traveled from his home in Kentucky to Spokane, Washington, to speak at the “Agriculture for a Small Planet” Symposium. His earnest, thoughtful and provocative speech drew like-minded people and inspired enthusiasm. After arriving home, Wendell sent a letter to two of those in attendance saying, “Your symposium… proves the existence of a thoughtful and even knowledgeable constituency for a better kind of agriculture. And this constituency is as yet powerless because it has no programs. It has no coherent vision of what is possible… Suppose you could get together representatives of farm workers unions, NFO [National Farmers Organization] and any other such groups, family farmers, urban consumer cooperatives, small farm co-ops, organic farming and gardening co-ops and organizations, the publications of dissident agriculture, and the conservation organizations, wilderness societies, etc. Could such a meeting be made to happen?”

With this encouragement, a group began to organize the Northwest Conference on Alternative Agriculture, to be held in Ellensburg later that same year. The group called themselves Tilth, after the Old English “tilian,” meaning “till” or “strive for, obtain by effort.” And much effort was invested — into the initial conference, and for subsequent years. The group began to meet regularly, continuing to gather members and partnering with groups interested in supporting alternative and organic agriculture. Tilth Producers Cooperative was born. In 1978, Mike Maki organized the first local chapter: Southwest Washington Tilth. That same month Carl Woestwin spearheaded the formation of Seattle Tilth and their Urban Agriculture Center.

Members worked cooperatively on production, marketing, and distribution, and began a peer-based organic certification program, traveling to one another’s farms and reviewing practices. They met every few months to create a framework for organic certification regulations, and to determine which of their practices and materials were acceptable.

By the mid-‘80s, however, the group was struggling to maintain multiple responsibilities while continuing to grow their own farms. Ken Jacobsen, a State Representative from Seattle (and PCC Board Trustee), began to work with Tilth Producers Co-op to develop state legislation for organic labeling. After countless meetings and several attempts, their work resulted in The Washington Organic Food Products Act, Chapter 15.86 RCW, enacted in 1985.

From there, the organic certification program shifted to the Washington State Department of Agriculture (WSDA), with growers funding the program. Miles McEvoy was hired on as the first organic inspector and staff person. WSDA began certifying farms in 1987. An Organic Advisory Board was formed to work with WSDA, allowing growers and stakeholders oversight and input on the development of organic standards. Miles also recognized the need for more technical assistance and resources for the organic community, and worked with Diane Dempster to create the Washington Tilth Journal.

Tilth members continued to work toward a certification framework, and several of the members — including Anne Schwartz, Lynn Coody, and others — along with California Certified Organic Farmers and Oregon Tilth, formed the Western Alliance of Organic Certifiers. Their objective was to establish consistent standards between states, ensuring that the organic label could be honored between states and helping to pave the way for the National Organic Program.

By 1988, WSDA had certified 68 organic farms and approximately 2,000 acres as organic. In the early ‘90s, WSDA began to offer processor and handler certification services, and began evaluating and registering brand name material inputs approved for use in organic production. 1990 saw the passage of the U.S. Farm Bill and with it, the Organic Foods Production Act (OFPA). This legislation called for the establishment of the U.S. Department of Agriculture (USDA) National Organic Program (NOP) and National Organic Standards Board, bringing organic certification to the federal level.

In 1997, USDA released the first draft of the NOP standards. This draft allowed for the use of irradiation, genetically modified organisms, and sewage sludge, and an overwhelming number of people responded: nearly 280,000 people across the nation sent in protests regarding these inclusions in organic practices. Ultimately, the protesters prevailed and the Final Rule in 2002 prohibited the “big three.” 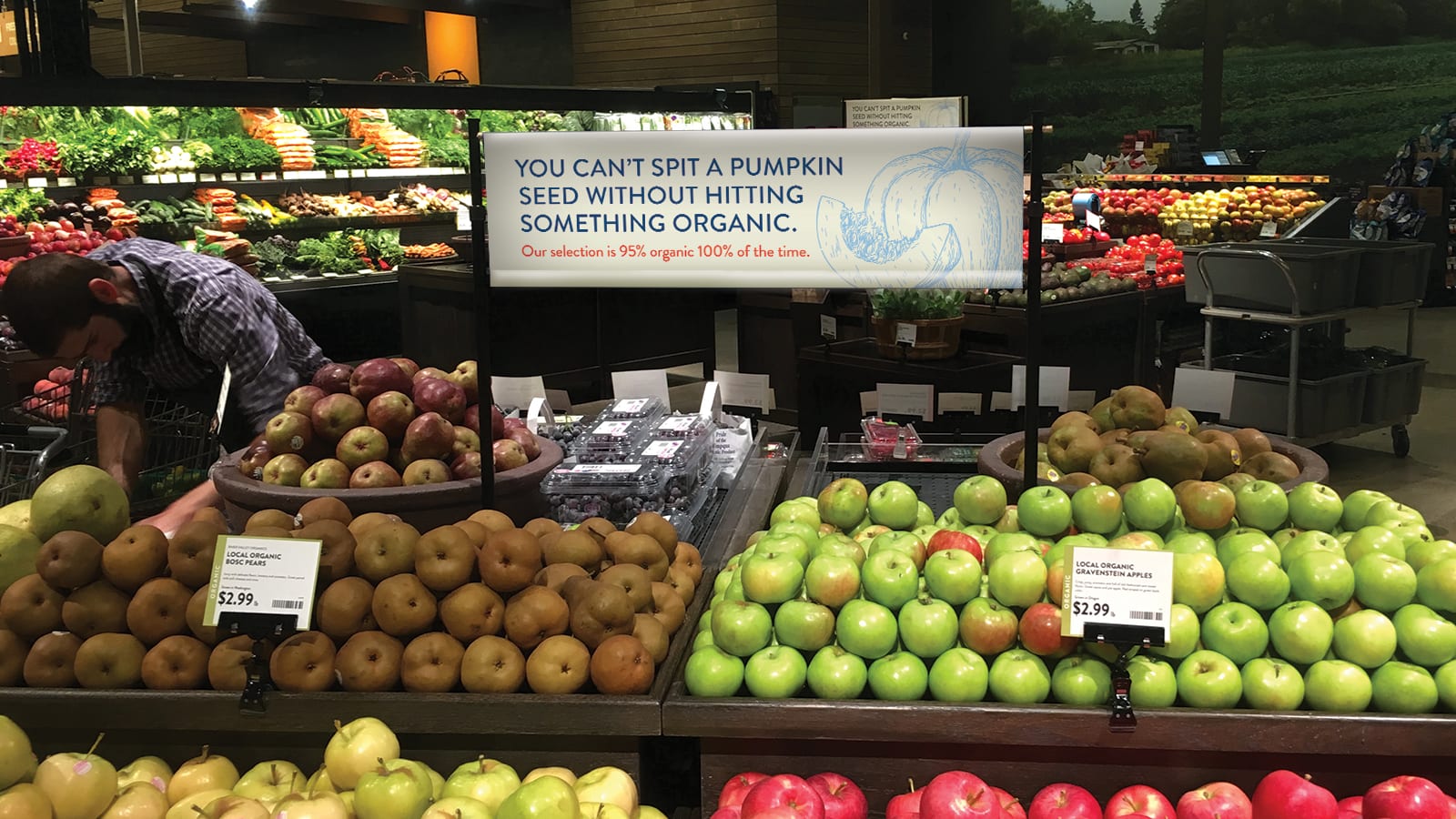 Today PCC is a certified organic retailer, with 95 percent of our produce organically certified.

Of the first 100 farms certified by WSDA over 25 years ago, 21 are still certified organic under their original farm name. Many others still farm but have changed organizations or roles. Each of their stories, struggles and successes helped create the path for the organic farmers and handlers of today. Tilth Producers continued to support the organic and sustainable agriculture community, with Farm Walks, annual conferences, partnerships with WSU, and outreach and education in the community. The merger in 2015 with Seattle Tilth and Cascade Harvest broadened the scope of outreach further, allowing for more education throughout the state of Washington.

Tilth Producers and so many others researched, recorded methods and statistics, and created the infrastructure and resources that organic farmers now have at the click of a mouse. Staff and researchers at WSU, Seattle Tilth and other Tilth Association chapters — and more organizations than can be named here — all contributed to make organic farming viable. WSDA’s Organic Program now certifies more than 1,000 farms, processors and handlers, and registers more than 800 materials for use in organic production. Today, the merged organization is thousands strong and serves producers and eaters across the state.

It is easy to overlook the decades of dedication that it took to make organic into a globally-recognized standard — to forget, as Diane Dempster put it, that “organic was once regarded as a four-letter word,” and treated as a passing fad. I am honored to acknowledge everyone who worked and continues to work to make organic and sustainable agriculture a success.

Heidi Peroni is outreach and education specialist for the Washington State Department of Agriculture Organic Program. She has been farming organically in Washington state for the past 18 years.

Special thanks to Anne Schwartz, Brenda Book, Diane Dempster and Mark Musick, who provided input for this article and without whose tireless efforts organic would not be what it is today.

CC's Board of Trustees is elected to represent the interests of co-op members. Hearing from members enhances the governance and ongoing betterment of the cooperative for members.

This September we are happy to celebrate our 65th anniversary as a cooperative grocery market. In honor of this anniversary, September’s Sound Consumer celebrates our producers here in the Pacific Northwest.

The most common customer request that we receive is to reduce our use of plastics. We couldn’t agree more and we have been constantly exploring new opportunities to transition to more compostable options.