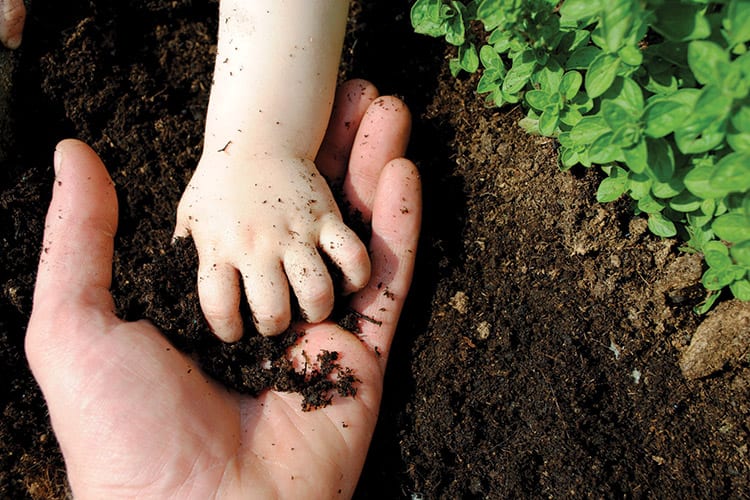 When I first started seeing children in my pediatric neurology practice, I regularly encountered 8- and 10-year-old children who were taking multiple medications. Never mind the steroid creams for eczema, the antihistamines for seasonal allergies, the inhaler for asthma exacerbations. Some also were taking an antidepressant for anxiety and a stimulant for ADHD.

These children were taking nearly as many medications as their grandparents. The strangest part was that no one even considered it strange. At some point, chronic illness became the new normal in children.

Conventional medicine doesn’t explore the complex connections between systems of the body (digestive, immune, nervous, endocrine). Most doctors aren’t looking at problems in a big-picture way and are trained to see things only within their area of specialty: asthma is a lung problem; eczema is a skin problem; constipation is a gut problem; ADHD is a brain problem.

But the body is one complete system. Nothing happens in isolation. Gut and immune system. Lungs and skin. The brain is connected to the rest of the body. Sounds obvious, I know, but then why are we treating patients as though they are bundles of disembodied symptoms?

A child with epilepsy may come to my office with severe constipation, eczema, asthma and poor growth, in addition to seizures. This child might be visiting a gastroenterologist, a dermatologist, a pulmonologist and a neurologist. But no one considers the whole child.

In treating my patients, however, I want to understand the root cause of their problems and how to prevent or reverse them.

What I have learned is that ultimately, it all begins with dirt. Dirt means exposure to microbes, eating fresh food from healthy soil and spending time in nature.

Instead of letting them get dirty, we have started sanitizing our children — we’ve sanitized their bodies with antibiotics and hand sanitizer, their homes and schools with bleach, their food with pesticides, and their very lives by living more indoors. This is a problem because the bio-terrain inside of our bodies is connected intricately to the eco-terrain outside our bodies.

We actually are part of a super-organism that includes microbes around and inside of us, the food we eat, and the elements of nature: sun, soil, water, air and plants. These elements are in constant conversation with our bodies — gut, immune system and brain — whether through their presence or their absence.

Most of us don’t think about soil, or think of it as irrelevant to modern life. But we couldn’t be more wrong.

Soil plays a profound role in our health and happiness. Indeed, the health of our inner terrain — the internal environment of our bodies — reflects the health of our outer terrain, the world around us. Here are several ways that good old dirt makes us happy, healthy and smart.

Good soil quality means more nutrients in food. We are what we eat. Plants are nourished by sun, water, air and … soil. The minerals from rich soil become part of plants, which become part of us.

We’ve known for some time about the Hygiene Hypothesis, which states that children who grow up on farms develop fewer allergies and less asthma because they’re dirtier and exposed to more environmental microbes. Researchers investigated and found that an urban apartment has roughly the same number of microbes as the farm. There is a difference, though — the microbes on the farms are more diverse.

Our immune systems like diversity because they are very social and want to meet and greet all sorts of things every day. When their interactions are limited, they begin to attack things they shouldn’t, such as food, pollen or even our own bodies.

Nature provides us with the biodiversity we need to be healthy. Consider that in one teaspoon of soil, there are as many organisms as there are people on the planet! Ultimately, this microbial diversity strengthens children’s digestive, immune and nervous systems, with a side benefit of discouraging any one organism from replicating out of control.

Studies have shown that vegetables grown organically are higher in phytonutrients and more resistant to drought than those grown with pesticides. These phytonutrients make cranberries red, lemons fragrant, and leafy greens bitter — and they also make food both delicious and healthful.

Receptors that bind bitter compounds in dark chocolate, leafy greens, or coffee line not just our mouths but our entire digestive and respiratory tracts, including nose, throat and lungs. They then improve gut motility (which reduces heartburn, bloating, gas and constipation), regulate blood sugar levels (which regulates appetite), and help us fight infections (staving off coughs, colds, strep throat and flu).

Children who spend time on natural terrain playgrounds — instead of blacktop or turf — perform better in school than those who don’t. In a study of more than 2,600 children, researchers found that children in schools surrounded with more greenery had significantly better working memory than those who didn’t, even when they corrected for socioeconomic status.

Soil reaches into our bodies and brains when we get dirty in nature. If you feel wonderful when you’re gardening or hiking, it may be in part because Mycobacterium vaccae, a soil microbe that enters your body through your nasal tract or small cuts in your skin, boosts serotonin to levels similar to those from antidepressant medications, such as Prozac. M. vaccae make us happier and also smarter for up to three weeks following each exposure.

Healthy soil prevents heavy metals from getting into food. A diverse soil microbiome helps bind and sequester heavy metals so they don’t end up in food.

Soil cleans toxins from our drinking water, too. As water moves through pore spaces in the soil, it captures toxic particles, binds them, and degrades them with the help of its microbiome.

“Forest bathing” — periodically immersing ourselves in the environment of the woods — has been studied extensively as a form of preventive medicine in Japan. The evidence shows that beyond the simple enjoyment and learning that occurs in a forest, people experience a reduction in stress hormones, boosted executive function and focus, better sleep, and increased production of anti-cancer proteins.

Being in contact with soil helps neutralize free radicals in our bodies. Grounding, or earthing — literally being in physical contact with the earth — has been shown to reduce inflammation and pain, improve wound healing, and boost mood.

The health of people around the world depends on a stable climate and healthy soil reduces climate change. Microscopic fungi that live in plants’ roots play a major role in storing greenhouse gases from the atmosphere into the soil. Some types of these fungi can sequester up to 70 percent more carbon in soil.

Maya Shetreat-Klein, M.D., is a pediatric neurologist, herbalist, urban farmer, and author of “The Dirt Cure: Growing Healthy Kids with Food Straight from Soil” (Simon and Schuster, 2016). She offers an integrative approach to neurological, behavioral and cognitive problems and chronic pediatric issues.

PCC Board of Trustees report, September 2017

Is your soap made with 70 percent organic ingredients? Made by a local company with more than 100 beehives? Is the company a B Corp? Is the palm oil from a traceable source approved by the Roundtable on Sustainable Palm Oil (RSPO)? Do you get all this and more for only $3? If you're using the PCC-brand bar soap, then the answer is a resounding yes!