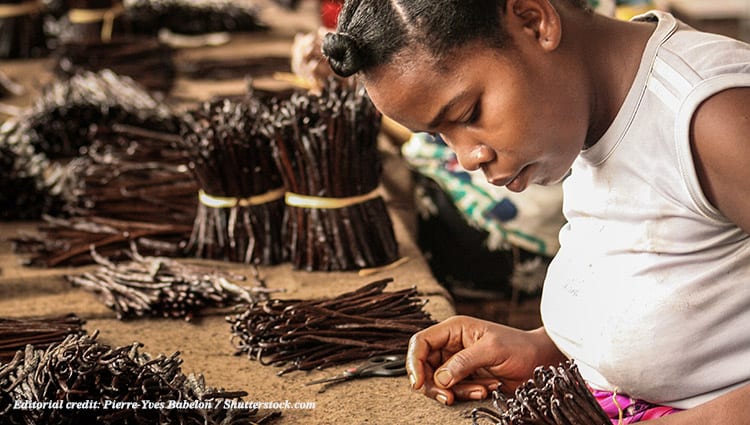 Beekeepers are feeling the sting of the biggest bee heist in California’s history. About a million dollars’ worth of bees were found earlier this year in a field in Fresno County. The alleged thief was a beekeeper from Sacramento who used the stolen bees for pollination. Billions of bees are needed to pollinate California’s crops.

Is the U.S. pine nut industry on the brink of extinction? Despite growing well in the American Southwest and fetching up to $40 per pound, most pine nuts consumed in America now come from China and Russia. That’s because pine nuts are notoriously difficult to harvest, so much of the forest land has been razed and opened up for cattle grazing.

General Mills has signed a 15-year wind power agreement with Renewable Energy Systems (RES) for its Cactus Flats wind project in Texas, which will produce renewable energy credits that will be applied toward greenhouse gas emission reduction goals.

Coconut, date and oil palms worldwide are under threat from a tiny pest. Over the last three decades, Red Palm weevils have spread to more than 60 countries, attacking 40 different types of palm and causing economic losses in the millions of dollars annually. In March, the United Nations Food and Agriculture Organization invited scientists, pest control experts, agricultural ministers and farmers from around the world to develop an international action plan against the weevil.

There’s a global shortage of natural vanilla beans. A few years ago, each 1-gallon bottle of organic, fair-trade vanilla cost about $64. Today, it’s $245. The reasons for the shortage are complex: vanilla bean is one of the most labor-intensive, time-consuming foods to harvest and process; consumers’ rejection of artificial flavors has made more food manufacturers seek the real bean, putting pressure on an already tight supply; and a cyclone in Madagascar in March destroyed much of that nation’s crop.

Vanilla pods are so precious, theft has become a major problem. Farmers are so worried about their crops being stolen directly from their fields that they are harvesting the beans much too early, so not only are vanilla beans scarce and expensive, the quality is generally poor, too.

Glorybee, a PCC honey producer, has released its 2016 sustainability report. Last year the company delivered 303,682 pounds of product by bike, made $300,000 in product and charitable donations, and decreased water use by 5.2 percent, among other achievements.

UW researcher David Montgomery traveled around the United States and abroad to see how large and small farmers and scientists are restoring soil fertility — and doing it much faster than he thought possible. His research bodes well for the future of food and agriculture.