PCC sets the bar for non-GMO and organic meat 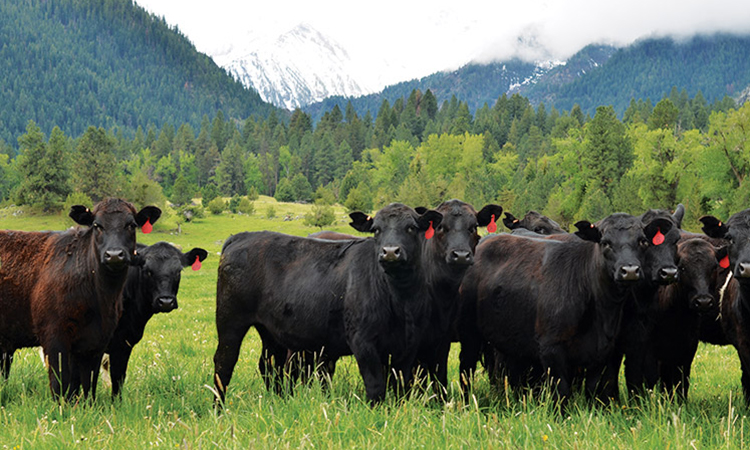 By the time you read this, all of PCC’s fresh chicken, turkey, beef and pork producers will be certified organic or Non-GMO Project Verified.

This upgrade in our meat offerings supports PCC’s commitment to organic and non-GMO choices and reflects growing consumer concern about the diet of livestock — that we are what they eat. More and more Americans simply don’t want foods from animals raised on a genetically engineered (GE) diet. Providing non-GMO meat also is very strategic for building a non-GMO and organic landscape.

“The Non-GMO Project has seen a dramatic increase in the number of meat producers seeking Non-GMO Project Verification,” says Non-GMO Project Executive Director Megan Westgate. “The majority of GMO acres in the U.S. are in production for livestock feed. From a mission and impact perspective, when it comes to preserving and building a non-GMO food supply, livestock feed is one of the most critically important areas of focus.”

Surveys consistently show that more than 90 percent of people in the United States and more than 85 percent of people in Canada want GE foods labeled, Westgate says. “There’s a massive trend toward supply chain transparency and that includes third-party verified reassurance that genetically engineered feed is not being used.”

The Non-GMO Project was the first and remains, in effect, the only third-party verifier in North America of non-GMO food and products that requires ongoing testing of animal feed.

Pure Country Farm’s pork, sold at PCC, was the first meat vendor in the United States to enroll in the Non-GMO Project. At their small family ranch in Ephrata, Wash., farmers Paul and Karrie Klingeman raise their pigs not on the typical diet of GE corn or soy used by most ranchers, but instead on locally grown peas, barley, wheat and triticale (a cross between wheat and rye). Choosing feedstocks that aren’t commercially engineered is intentional — to be sure the feed has no chance of GE contamination. Their pigs also enjoy roaming in fresh air and socializing.

“Consumers are concerned about where their food comes from and they appreciate that there are resources and farmers who care not only about what they eat but also about what the animals eat,” says Karrie Klingeman. She says the farm’s customers and PCC provided the impetus to transition to non-GMO.

Klingeman says the transition was challenging, as it took some research and development in feed formulas to meet the pigs’ growing needs. “Also,” she says, “it can be difficult to source non-GMO grains but thankfully we source from local farmers who take pride in how they raise their crops.”

In 1976 ranchers Doc and Connie Hatfield wanted to raise antibiotic-free, humanely raised beef in a way that was economically and environmentally sustainable. They began working with a group of their ranching neighbors and formed a cooperative, Oregon Country Beef. Originally comprised of 14 ranching families, the co-op has expanded to include nearly 100 family ranches across the American West.

“Giving customers quality beef with the key attributes they desire is an important part of who we are as a cooperative,” says Oregon Country Beef’s Norm Birch. “Our customers made it clear that non-GMO beef was a priority as long as our cooperative ranchers could produce it at a reasonable cost.”

To achieve Non-GMO Project Verification, each ranch and finishing facility follows rigorous standards to make sure their operation meets Non-GMO Project standards. The cattle are finished on a certified non-GMO feed of grain, alfalfa and potatoes.

Like Pure Country Farm’s Karrie Klingeman, Birch credits PCC with igniting the transition to non-GMO. “PCC was a critical cheerleader from the start,” he says. “PCC deserves credit for being an excellent and unfailing partner in gaining Non-GMO Project Verification.”

The chickens are raised on farms in Washington and Oregon in a reduced-stress environment, fed an all-vegetarian diet with no animal fats or animal proteins, and never receive any antibiotics.

Beeler’s fresh pork received Non-GMO Project Verification in June 2016. The Beeler’s multigenerational family farm, deep in the Loess Hills of Western Iowa, prioritizes humane treatment of pigs. Like Pure Country Pork, Beeler’s also is free of gestation crates and pigs are allowed to go outside and socialize in large, deep bedded pens and go outside.

“The transition of major meat and poultry vendors to non-GMO is a significant step for continual improvement in how foods are produced. Now all our fresh meat, except Umpqua Valley Lamb, is non-GMO verified,” says PCC’s Director of Public Affairs and Quality Standards, Trudy Bialic. “And even Umpqua is grass-fed and pastured.”

The Non-GMO Project’s Megan Westgate says PCC has helped shift the meat industry toward non-GMO. “PCC’s commitment to transparency through its organic and non-GMO offerings is inspiring and reflects consumer demand for products from animals raised on non-GMO feed, she says. “We commend PCC for working hard to build a safe, healthy food supply for future generations.”

On sale at PCC

Celebrate our meat vendors’ transition to non-GMO with a sale next month! From June 7 through June 27, select Non-GMO Project Verified meat at PCC will be on sale.

To be clear, when we talk about non-GMO meat, it means the animals themselves are neither genetically engineered, nor do they eat GE alfalfa, corn, soy or sugar beets. There have been reports for years that offspring from cloned animals are in the conventional food supply, but certainly not at PCC. We require signed affidavits and rely on third-party certifiers, such as organic or Non-GMO Project certifiers.

Hear about the state of the co-op, ask questions, and meet the 2017 election candidates! Light PCC dessert bites and beverages will be provided. The meeting will be held at The Swedish Club June 13.

PCC Board of Trustees report, May 2017

Board of Trustees, Next board meeting, 2017 board election, and more