This article was originally published in January 2017 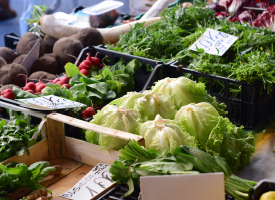 The National Organic Standards Board (NOSB) is a federal advisory board made up of 15 public volunteers from across the organic community. It considers and makes recommendations on a wide range of issues involving the production, handling and processing of organic products. The NOSB held its biannual meeting in November in St. Louis and made some key decisions about the future of organic.

During the three-day meeting, the NOSB voted or took action on 19 proposals and 15 materials up for “sunset” review. It received 2,789 written comments for consideration, including comments from PCC Natural Markets.

The most controversial topic was whether hydroponically grown crops are congruent with organic production principles.

The NOSB passed a resolution affirming a 2010 recommendation that hydroponic systems using water-based substrates should be prohibited from organic certification. Essentially, current NOSB members upheld a previous NOSB board’s action to disallow hydroponic foods as incompatible with organic principles. The vote was 12 yes, 2 no, 1 absent.

The NOSB affirmed that the foundation of organic agriculture is about producing food in a natural ecosystem, based on the belief that good stewardship goes beyond production of healthy food and includes protection of natural resources, biodiversity and the ecosystem as a whole.

The NOSB has argued that artificial light, no fresh air and no soil is not congruent with organic principles since hydroponics are not “an ecological production management system that promotes and enhances biodiversity, biological cycles, and soil biological activity based on … management practices that restore, maintain, and enhance ecological harmony.”

U.S. Department of Agriculture (USDA) deputy administrator Miles McEvoy, however, reminded NOSB members at the St. Louis meeting that their views and votes are only advisory — and that, in the meantime, USDA will allow hydroponics to be called organic — even though there are no criteria for a standard, and no rules defining practices or allowable materials.

NOSB did not make any decisions about aquaponic, bioponic or aeroponic production. A proposal on these methods of food production was sent back to the crops subcommittee for additional work.

A scheduled vote to decide whether “bioponic” methods meet organic principles was deferred. The NOSB sent this debate back to the crops subcommittee to clarify the definition of bioponics.

Bioponic systems are soil-less but may include some soil-like media in containers; they rely on plant-derived biomass teas for nutrient infusion, typically into flood and drain, or ebb and flow systems.

The NOSB will continue to develop a proposal on standards for container and greenhouse production.

The NOSB also voted to prohibit carrageenan as an ingredient in organic foods.

Assuming approval and completion of USDA rulemaking, carrageenan no longer will be allowed in organic food production after November 2018. PCC already has not allowed new organic foods with carrageenan for more than two years, based on guidance from PCC’s Quality Standards Committee.

Carrageenan is a synthetic additive used as a stabilizer and/or emulsifier to thicken foods and make them feel smooth in the mouth. It’s also used in ice cream to reduce the sensation of coldness. It’s most often found (at PCC) in vegan “cheese” and faux “meats,” nondairy milk alternatives and Odwalla shakes. Ten out of 15 NOSB members determined carrageenan does not meet criteria for “essential” and voted to disallow it, meeting the two-thirds supermajority vote needed for removal.

Xanthan gum currently is allowed in organic production as a nonagricultural synthetic material. The NOSB now is collecting information to decide whether it is properly designated as a synthetic or whether it may be considered nonsynthetic.

PCC’s understanding at this time is that xanthan gum may be either synthetic or nonsynthetic, depending on how it’s produced. The NOSB will continue work on this material for the spring agenda.

The NOSB unanimously passed a recommendation on “guidance” to help clarify new genetic engineering (GE) techniques that would be prohibited in organic. The proposal clarified definitions for methods used to genetically engineer organisms, or influence their growth and development by means not possible in natural conditions or processes.

The goal of the guidance is to have clear definitions on GE techniques as “excluded methods” for the National Organic Program, for organic certifying agencies, and for producers to ensure genetic engineering is kept out of organic food and farming. More work will be done on this at the next NOSB meeting April 19-21 in Denver.

Artificial beta carotene remains allowable in organic food production, per an 8 to 6 vote.

It would have been discontinued under the original Sunset rules that prevailed before a unilateral change by USDA a few years ago. More than 20 synthetics or other questionable materials have entered organic since the change to Sunset rules.

A discussion document on marine algaes was added to the spring 2017 work plan for developing a proposal. PCC public affairs submitted extensive comments on environmental concerns for the NOSB to consider.

PCC comments to the NOSB

PCC Natural Markets submits comments to the NOSB prior to its biannual meetings. This time we commented on carrageenan, hydroponics and marine algae. Read our comments throughout the years.

Go with the flow?

With news of poor water quality from Michigan to Texas, you may be wondering about the purity of water in the Seattle area. In general, our region enjoys high-quality water. Even so, problems can crop up from time to time, but there are simple steps we can take to ensure purity.

Tips for getting your child to love vegetables

PCC Cooks instructor and cookbook author Cynthia Lair says, "In almost every class that I've taught for parents, someone raises their hand to say, 'My husband/daughter/son hates vegetables. What should I do?'" Here are tips for getting your kids to like vegetables, from carrots to kale.