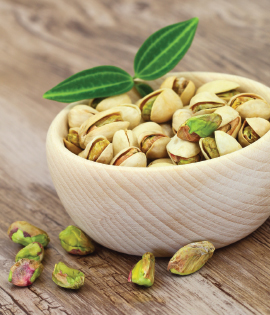 California pistachio growers are finding an unusually high instance of shells that haven’t filled out with nuts — what growers call “blanks.” Usually the blanking rate runs about 10 percent. This year, as much as 50 percent of the harvested nuts could be hollow. Behind the blanks are the same culprits as in many other ongoing agricultural crises: drought, heat and abnormal West Coast weather. Pistachios need plenty of cold during the winter — what farmers call chilling hours.

The giant poultry producer Perdue has purchased Niman Ranch, a purveyor of sustainable meats. Perdue recently announced it had succeeded in eliminating all antibiotics in raising more than half its chickens, an achievement made easier by its acquisition of Coleman Natural Foods in 2011.

California agriculture as a whole posted record revenues in the midst of drought, according to a new report. The industry maintained high revenues in part because of a shift to higher-value crops, such as nuts and fruits. Farmers also kept revenues up by pumping more groundwater.

Salmon and steelhead in Oregon, California and Washington are in danger of going away forever due to drought. It’s not just that the water is low. The shallower water warms sooner. Warm water carries more diseases that attack fish. An estimated quarter-million salmon, more than half of the spring spawning run up the Columbia River, perished, probably because of a disease that thrives in warm water and causes gill rot.

Established food companies have lost more than 5 percent of their share of revenue generated by frozen entrees, while smaller private label brands increased their share, according to a report from Jeffries, an investment bank. Established brands such as Lean Cuisine and Marie Callender are facing stiff competition from competitors Luvo, Amy’s Kitchen and Simple Truth.

PCC's public affairs team recently wrote comments to the National Organic Standards Board, took steps to make good on our pledge to label GMOs by 2018, and more.

PCC is delighted to offer a full range of turkeys to choose from for the holidays, all sustainably raised by family-owned Diestel ranch. We have fully cooked options, too!