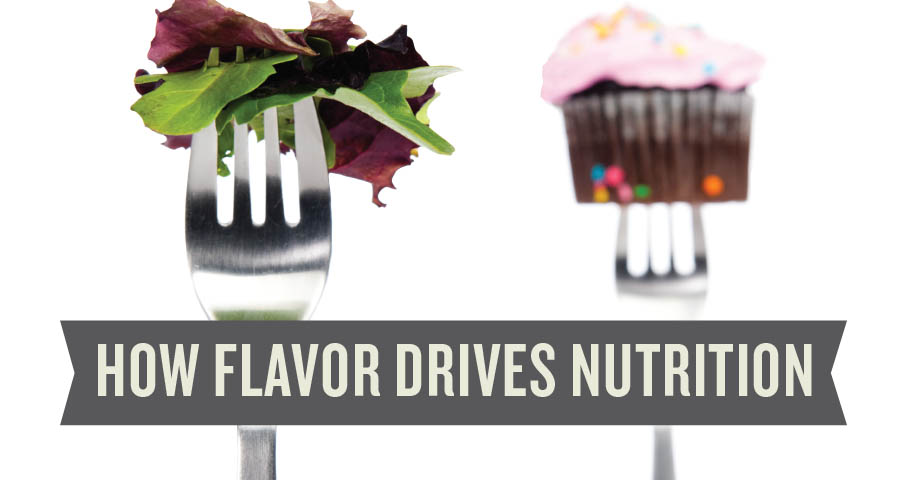 We’re programmed to seek deliciousness. For thousands of years, flavor gave our bodies crucial information about nutrients. Lately we’ve turned that system against itself — just as whole foods are getting blander, we’re simultaneously adding flavorings to foods we shouldn’t be eating. The result: We’ve short-circuited our bodies’ ability to choose good food.

If there’s one issue universally vexing to parents, it’s their children’s eating habits.

A 6-year-old sitting at the table — arms crossed, mouth resolutely shut — isn’t just a cliché, it’s a daily occurrence at dinner tables from Cape Cod to San Diego. The family dinner is trench warfare at its worst. On one side, the parents, who think broccoli, lettuce and cauliflower are healthy. On the other, the children, who think it’s gross.

This brings up a question: Why would something taste unpleasant if it’s healthy? How did we, as a species, survive if the food we are supposed to eat tastes bad? You don’t see baby goats gagging on the flavor of leaves, do you?

In 1926, a Chicago pediatrician named Clara Davis asked the very same question. At the time, the leading scientists of the day were discovering the wonders of vitamins. No sooner did we discover vitamins than we became very concerned that our children weren’t getting enough of them. Mothers were instructed to starve their children until they ate their vegetables. Their children refused. Sound familiar?

So Dr. Davis did the unthinkable. She took 15 babies and left the eating all up to them. Each child decided what he or she wanted to eat, based on a list of 34 foods that included potatoes, cornmeal, barley, beef, lamb, bone jelly, carrots, turnips, haddock, peaches and apples.

As you might expect, those kids ate meals that only a kid could dream up. One had eggs, bananas and milk for dinner. Another had liver and orange juice … for breakfast.

Did these kids hurl bone jelly at the wall? Did they binge eat into an acute state of scurvy? Nope. They ate superbly well. One child with a severe case of rickets drank cod liver oil of his own volition until his disease went away. By the end of the experiment, another doctor referred to them as “the finest group of specimens from the physical and behavior standpoint that I have ever seen in children that age.”

So how did these little master nutritionists figure it all out? The same way goats, monkeys and insects figure it all out. The answer, in fact, tells us everything we need to know about where our food went wrong. In short, it provides the missing piece of today’s food puzzle: flavor. These children, as strange as it might sound, were guided by their taste buds. The children ate the food that tasted the most delicious, and the nutrition took care of itself.

Delicious is not the enemy

It sounds ridiculous. Isn’t deliciousness precisely the problem? After all, if food weren’t so appetizing, we wouldn’t eat so much of it.

Not so fast. The human body, it turns out, takes flavor very seriously. Our flavor-sensing equipment occupies more DNA than any other bodily system. So perhaps it’s worth asking this question: If deliciousness is our enemy, why are we programmed to seek it out?

Every other animal depends on taste and smell to identify nutrients essential for life. Insects use flavor chemicals to distinguish between food and poison. Sheep deficient in essential minerals, such as calcium or phosphorus, will crave flavors associated with them. Monkeys infected with gut parasites will seek out and eat specific leaves that alleviate their condition.

According to Fred Provenza, a behavioral ecologist and professor emeritus at Utah State University, “Flavor is the body’s way of identifying important nutrients and remembering what foods they come from.”

We humans are exactly the same. In the 18th century, sailors ravaged by scurvy were gripped by intense longings for fruits and vegetables. Pregnant women are nauseated by foods their bodies perceive as toxic.

A 2006 paper in the prestigious journal Science shed light on the chemistry underlying those flavor cravings. Scientists Stephen Goff and Harry Klee discovered that the 20 most important flavor compounds in tomatoes all are synthesized from important nutrients, such as omega-3 fats and essential amino acids. What makes a tomato nutritious, very simply, also makes it delicious. Flavor compounds, the scientists wrote, “provide important information about the nutritional makeup of foods.” 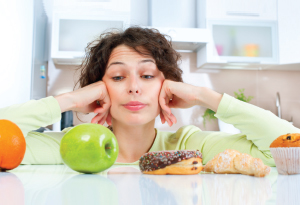 Our flavor-sensing equipment occupies more DNA than any other bodily system.

All of which raises an important and obvious question: What happened? If toddlers in the 1930s were so good at meeting their own nutritional needs, how is it that children today now grapple with obesity and metabolic disease?

The answer is that flavor changed. Food does not taste the way it used to. And it’s affecting the way all of us, our children included, eat.

For more than half a century, the whole foods in the modern American food system have been getting blander. As crops and livestock are bred to be more productive, affordable and have a longer shelf life, they keep losing flavor. Tomatoes, strawberries, chicken — it can all taste like cardboard these days, as you have probably heard your grandmother say. And as flavor diminishes, so does nutrition. An average non-organic tomato today has half as much calcium and vitamin A as a tomato had in the 1950s.

But that’s only one side of the flavor problem. Because just as whole foods are being bleached of flavor, we’re simultaneously adding flavorings to the foods we shouldn’t be eating. We add chemical flavorings to soft drinks, potato chips and frozen pizzas. We’re even adding them to yogurt and soy milk — and herbal tea. When you walk into a mainstream supermarket today in the mood for blueberries or strawberries, you’ll find a better version in the sugary drinks aisle than in the produce aisle. All told, Americans are consuming more than 600 million pounds of synthetic flavorings a year.

If you consider flavor the incentive to eat, we have utterly perverted that incentive. All that flavoring is telling us a thrilling but ultimately deceptive nutritional lie. And it’s getting us to eat food — a lot more food — than we ordinarily would. Consider that a berry-flavored yogurt tube tastes wonderful to a two-year-old, but it doesn’t carry the same payload of vitamins, minerals and antioxidants as a real strawberry.

We still have the same genes and the same amazing flavor sensing system as our ancestors. But we’ve short-circuited it. For thousands of years, flavor gave our bodies crucial information about nutrients. In the last few decades, we’ve turned that system against itself.

As grim as it all might look, the solution is actually quite simple. Stop worrying about fat, carbs and other nutrients and start caring about flavor. When you shop for food, ask yourself a simple question: Where did the flavor come from? If you see “artificial flavors” or “natural flavors” on the ingredients, you know it was designed by someone with a PhD to be ultra-delicious.

Instead, buy whole foods whose flavor tells the thrilling story of their nutrition. Look for the best tomatoes, the sweetest strawberries and chicken that tastes like chicken. You’ll be healthier, and a whole lot happier.

Natural and artificial flavors aren’t that different. Flavors are complex mixtures that sometimes comprise more than 100 chemicals. In addition to flavors themselves, these mixtures contain chemicals that have other functions. Solvents, emulsifiers, flavor modifiers and preservatives often make up 80 to 90 percent of the mixture.

The Food and Drug Administration (FDA) defines natural flavors as substances derived from animals or plants and artificial flavors are those that are not. The actual chemicals in these two kinds of flavors may be exactly the same. The chemical structures of the individual molecules may be indistinguishable.

An artificial flavor must be comprised of one of the nearly 700 FDA-allowed flavoring chemicals or food additives categorized as “generally recognized as safe,” (GRAS) or any of 2,000 other chemicals not directly regulated by the FDA but sanctioned for use by an industry group, the Flavor and Extract Manufacturers Association of the United States. Most of these chemicals exist as natural flavors or can be extracted from them.

For certified organic foods, the natural flavor must have been produced without synthetic solvents, carriers and artificial preservatives. The additives not allowed in natural flavor in organic foods include propylene glycol, polyglycerol esters of fatty acids, mono- and di-glycerides, benzoic acid, polysorbate 80, medium chain triglycerides, BHT, BHA and triacetin.

— From the Environmental Working Group

Mark Schatzker is the author of “The Dorito Effect: The surprising new truth about food and flavor” (Simon & Schuster). Available for sale at PCC.

With 49.1 million Americans going hungry at some point in the last year, there's little question our wealthy nation has a moral and social obligation to help those in need.

PCC's public affairs team recently wrote comments to the National Organic Standards Board, took steps to make good on our pledge to label GMOs by 2018, and more.