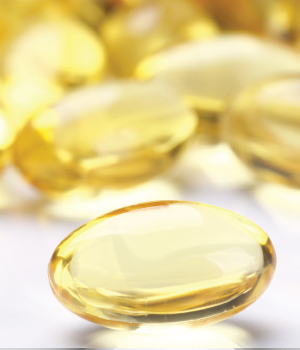 It has long been known vitamin D is essential for building strong bones, but recent studies reveal it plays a critical role throughout our bodies, affecting everything from movement and weight to mental health and cognition. Most importantly, new research indicates that those with low levels of vitamin D are more likely to die from cancer or heart disease.

How can vitamin D be important in so many different functions? Vitamin D receptors live on cells throughout the body, waiting for vitamin D to attach to receptor sites and initiate the activities of the cell. These receptors are found in organs and tissues such as the brain, heart, muscles and immune system. Vitamin D receptors are found in the reproductive system, particularly in the testes, prostate and human sperm.

From stroke to stress

The role vitamin D plays throughout the body has been examined in recent studies.

In the immune system, vitamin D fights infection by helping to destroy the cell walls of viruses and bacteria. The high occurrence of D deficiency in hospitalized patients often leads to increased risk of infection and longer hospital stays. In a study at Emory University, very high doses of vitamin D were administered to critically ill patients deficient in D. Hospital stays were halved compared to the placebo group.

D aids in the production of neurotransmitters, so it has a role in regulating mood, stress and energy. For reducing depression via increased vitamin D, however, research indicates healthy young people, not the elderly, benefit most. One study found that for the elderly, higher D levels were linked to more hours of sleep per night.

Vitamin D levels also have been associated with obesity. One study found weight loss was improved for participants deficient in D with supplementation of 100,000 IU per month along with a reduced-calorie diet.

Studies on varied cognitive issues from seasonal affective disorder to Alzheimer’s disease have found improvement with increased vitamin D. One study following adults for 13 years found those with higher D levels had better short-term memory later in life. Another study found vitamin D may reduce the plaques associated with Alzheimer’s disease and slow progression to the more severe stages. A severe deficiency in D was associated with a 125 percent increased risk of dementia.

The Centers for Disease Control reminds women that breast milk alone does not provide infants with an adequate intake of vitamin D, while the American Academy of Pediatrics recommends 400 IU per day for infants, beginning in the first few days of life. For infants, higher levels of vitamin D reduced the risk of allergies during immune development by limiting the inflammatory response. It also lowers the risk of eczema, milk sensitivities and the severity of bronchitis.

Studies continue to establish that results are “dose dependent,” which means lower measures of vitamin D offered no improvement, while larger doses did make a difference. In a study of vitamin D and inflammation, the highest levels of vitamin D were required for maximum immune response.

Almost anyone can be deficient in vitamin D, even in the Northwest after such a sunny summer. Deterrents to synthesizing D from sun include higher latitudes, air quality conditions, sunscreen, age, weight and darker skin pigmentation.

The best answer to the question of how much to take is with a 25-hydroxy vitamin D blood test. People often are surprised when this lab work indicates a vitamin D deficiency. With that evaluation a medical practitioner can advise the daily dosage needed to attain adequate levels for optimal health.

For a list of foods with vitamin D, see “Vitamin D, in depth: Where to find it, why it matters.”

The sweet truth about maple syrup

Learn why California's strawberry acreage has declined, how the giant toxic algae bloom in the Pacific is choking fisheries, what's threatening the olive oil industry, and more reports from the field.

Pink Lady, Opal, Braeburn, Cameo … learn about the many varieties of organic apples at PCC. Plus: the health benefits and best way to store these fabulous fall fruits.