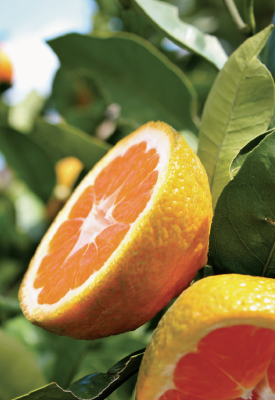 California’s citrus growers averted frost damage this winter. Nighttime lows during the week of New Year’s didn’t get as cold as expected and growers were well-prepared in deploying irrigation and wind machines. Growers in the San Joaquin Valley spent about $5 million to run the machines and water pumps.

New tiny tags are making it easier to track salmon as they move past Columbia River dams. Scientists are using a new tag so small that researchers can inject it with a syringe into the fishes’ bellies. Researchers hope that the information they collect can help make dams more fish-friendly. The tag batteries now can last from the Lower Granite to Bonneville dams — a 300-mile journey that typically takes a salmon weeks to complete. Before, researchers had to send out several groups of tagged fish to get that much information.

A pine tree genetically engineered for greater wood density can be grown without restrictions after the USDA decided it lacks authority to regulate the variety. The tree seedling producer ArborGen altered the Loblolly pine variety with a “gene gun,” which inserted genetic material from the Monterey pine, the American sweetgum tree, mouse ear cress and E. coli bacteria. Critics fear the new cultivar will cross-pollinate with trees in the wild, resulting in unknown consequences for forests.

Restoring habitat is the best way to help honeybees in Washington, according to a new WSU report. The Washington Legislature set up a panel amid concerns that pests, chemicals and development are wiping out honeybees and making them weaker. The panel recommended policies including promoting bee-friendly practices among farmers.

West Coast fishery managers have adopted a rule that protects many species of forage fish at the bottom of the ocean food chain. It prohibits commercial fishing of herring, smelt, squid and other small fish that aren’t currently targeted by fishermen.

PCC doesn't shy from taking on complicated and often uncomfortable but necessary product issues and consumer concerns. It has become part of our co-operative culture to embrace the challenges as a gatekeeper for food standards.