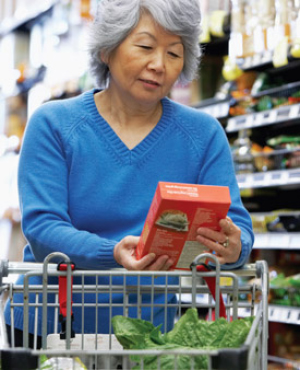 The report is titled “Generally Recognized as Secret: Chemicals Added to Food in the United States,” and lambasts the feds for looking the other way as food technologists add almost anything they please to food.

The title is a play on the FDA’s “Generally Recognized as Safe” (GRAS) designation that allows manufacturers and packagers to report voluntarily the ingredients that preserve, flavor, sweeten, soften, congeal, and otherwise coax a potentially dull food into something more palatable, if not a culinary performance.

The title is as funny as the study gets. It’s otherwise a grim critique of an industry practice the authors claim “may be undermining public health.”

The report concludes that GRAS is a dangerous loophole — one exploited by the food and additives industries at the public’s expense. The loophole arises from a conflict between the FDA’s nebulous food safety regulations and how the agency oversees compliance with those rules.

The FDA requires all food additives “to meet pre-market approval” and “to be safe under the conditions of their intended use.” But since 1977, the FDA also has allowed manufacturers themselves to make a safety determination for foods containing additives that aren’t even studied for safety.

The NRDC report says that in a survey of companies using additives, researchers “identified 398 chemicals marketed by 163 companies … in the U.S. based on GRAS determinations not reviewed by the FDA.” Fifty-six of those companies were found to have used 275 chemicals whose name hadn’t even been disclosed to the agency.

Report author Tom Neltner says he believes it’s likely there are 1,000 or more chemicals in the U.S. food supply that are categorized as “safe” but have no data to support that categorization.

Neltner, who’s trained as a chemical engineer, notes that as a chemist, he manufactured pesticides, plastics and food additives. “The irony is that if I made a chemical and had to decide whether it’s going into a tennis racket or into food, if I picked ‘tennis racket,’ I’d have to give the Environmental Protection Agency 90 days notice, so they could reject it if they say it’s unsafe. But if I’m putting it into food — if you’re going to eat it — I don’t have to tell the FDA.”

Neltner and co-author Maricel Maffini filed a Freedom of Information Act request with the FDA, to examine the agency’s correspondence with companies marketing food additives. They note that the FDA “often has had serious concerns about the safety of certain chemicals,” but then undermines its own authority.

“We’ve got quotes that basically say, from the FDA, ‘You can still market this, even though it’s withdrawn,'” Neltner adds. “That’s a really clear example of how broken the system is.”

At the heart of the issue is a catch-22 over whether to identify publicly what ingredients are used in making and packaging a given food.

Manufacturers are reluctant to divulge “trade secrets,” opting to claim their unnamed ingredients qualify as “safe” under the GRAS rule. But unless the entire list of ingredients is made available to the public, consumers, scientists, and the FDA cannot reasonably know or conclude the mystery food is harmless.

The NRDC report notes that 24 companies outright declined requests from the FDA to name the ingredients in their products.

Four more companies responded with a demand that ingredients be kept confidential. Eleven others initially agreed to disclose their ingredients, but then fell silent.

Theresa Eisenman, with the FDA’s Office of Media Affairs, says, “While certain consultation processes are voluntary, compliance with the law is not; it is the manufacturer’s responsibility to ensure that the food products it offers for sale are safe and otherwise comply with applicable requirements.”

To force the FDA to stop what it terms a “rubber stamp” process, the Center for Food Safety filed a lawsuit against the FDA in February. It asks a federal court to vacate the GRAS rule proposed by the FDA in 1977, and force the FDA to implement a more restrictive approval process.

“All substances should be reviewed by the FDA before entering the food system,” says Paige Tomaselli, senior attorney for the Center for Food Safety. She says companies currently “… are being allowed to do their own studies, or contract them out. That means they can operate without delays or procedural hurdles … But that doesn’t have the consumer in mind.”

To be fair, the GRAS process shouldn’t be interpreted as some kind of willful negligence on the part of the FDA. The NRDC report notes the agency simply doesn’t have the resources or funding to police the food additives industry.

“I wouldn’t say the [FDA] has given [the food additives industry] carte blanche,” Neltner says. “I’d say the industry has taken it.”

PCC opened its 10th store, Greenlake Village, on June 4, with a ribbon-cutting and a celebration that lasted for days. Shoppers enjoyed lots of free samples of PCC's signature deli salads, and of course, cake! There was so much energy in the store that one delighted shopper said, "this is so exciting, it feels like a concert!"

A new service for a better-informed shopping experience at PCC is coming soon. We've created a brochure to help you decide what food companies and brands you may choose to avoid or support.

PCC has sent a letter of protest to the Secretary of Agriculture about significant changes to the voting process for the "sunset" of synthetics in the National Organic Program (NOP).