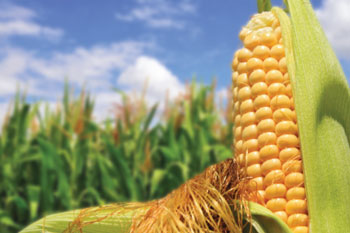 The easiest way to give? Visit Yeson522.com/pcc.

With genetically engineered (GE) salmon, apples and wheat in the pipeline for approval, without labeling, the potential hit to our state economy is serious.

Agriculture is Washington state’s number one employer, and the backbone of our agricultural economy is wheat, apples and wild salmon.

Sixty-four nations around the world already have laws to label genetically engineered foods, including most of Washington’s key trading partners. Without separation and labeling in the U.S. supply chain, losses could be devastating. (See 64 countries around the world label GE food, Sound Consumer, May 2013.)

These impacts are being seen in the United States, Brazil, India, the Philippines, South Africa and Europe.

Economists say that when four companies control 40 percent of a market, it’s no longer competitive. That’s apparently the situation now with U.S. corn and soybean seed markets. According to AgWeb, the “big four” biotech seed companies — Monsanto, DuPont/Pioneer, Syngenta and Dow AgroSciences — own 80 percent of the U.S. corn market and 70 percent of the soybean business. They also control more than half the world’s seed supply.

Factors that have led to industry domination by a few players include the purchase of smaller seed companies by larger companies and weak antitrust law enforcement. Supreme Court decisions have allowed GE crops and other plant materials to be patented, while prohibiting seed saving by farmers.

The U.S. Department of Justice (DOJ)investigated Monsanto’s dominance of the seed market after holding public meetings in 2010 where farmers described the company’s practices. But at the end of 2012, DOJ announced it had “closed its investigation into possible anticompetitive practices in the seed industry.”

Diana Moss, vice president of the American Antitrust Institute, told Mother Jones food blogger Tom Philpott, “To have a two-year investigation and close it without a peep, in our view, does a disservice.”

Another indication the seed market has become monopolized is the escalating prices for GE seed. Moss points out that in competitive markets, technologies that enjoy widespread and rapid adoption — such as GE crops — typically experience steep declines in prices.

The opposite has occurred with GE crops. Charles Benbrook, research professor at Washington State University’s Center for Sustaining Agriculture and Natural Resources, writes that from 2000 to 2010 as GE soybeans came to dominate the market, the price for seed increased 230 percent. The cost for Monsanto’s Roundup Ready 2 soybeans in 2010 was $70 per bag, a 143 percent increase in the price of GE seed since 2001.

According to the U.S. Department of Agriculture’s Economic Research Service, the average per-acre cost of soybean and corn seed increased 325 percent and 259 percent, respectively, between 1995 and 2011. This is roughly the time period when acreage of GE corn and soy grew from less than 20 percent to more than 80-90 percent.

Proponents point to the high adoption rates of GE corn and soybeans by U.S. farmers as evidence of strong demand for GE seeds. But a big reason for this is that large seed companies are phasing out non-GE varieties. As a result, farmers have little choice but to buy GE seeds.

“Farmers are facing fewer choices and significantly higher prices in seed,” said Kristina Hubbard, author of the Farmer to Farmer Campaign report. “Seed options narrow when a handful of companies dominate the marketplace.”

“In terms of non-GE in general, there is less breeding,” said Jim Orf, professor of agronomy and plant genetics at the University of Minnesota, who breeds non-GE soybeans for food use.

Farmers are facing fewer choices and significantly higher prices in seed. Seed options narrow when a handful of companies dominate the marketplace.

The problem is similar with corn. In 2009 University of Illinois entomologist Michael Gray surveyed farmers in five areas of the state to ask if they had access to high-yielding, non-GE corn seed. He found nearly 40 percent said “no.” Nearly half (46.6 percent) in Malta, Ill., said they did not have access to elite non-GE corn hybrids.

The situation is even worse with sugar beets where there is no farmer choice. When GE Roundup Ready sugar beets were introduced in 2005, 95 percent of the sugar beet growers converted to GE seed starts.

“This was a coordinated effort to genetically modify an entire sector of the processed food industry simultaneously and without holdouts that might otherwise have provided a source of conventional beet sugar to fulfill non-GE consumer demand,” said Frank Morton, owner of Wild Garden Seeds and a plaintiff in a lawsuit to stop production of GE sugar beets in Oregon’s Willamette Valley.

Farmers are seeing less seed choice in other parts of the world, too, where genetically engineered crops have been introduced. Hilbeck and several other researchers analyzed seed catalogs in Spain, Germany, Austria and Switzerland, and found that in Spain — the largest European country to adopt GE corn — farmers’ seed choices declined overall and increasingly became a choice among GE varieties.

But, in three EU countries that ban plantings of GE corn — Germany, Austria and Switzerland — farmers have either many more corn seed varieties available to them now than in the 1990s (Germany and Austria) or at least the same number (Switzerland). The findings were published in Environmental Sciences Europe.

“We could not find any evidence to the contrary, which is what developers and proponents of GE technology in agriculture claim: increased choice,” Hilbeck said. “All evidence points to a decline rather than an increase.”

Brazil’s acreage of non-GE soybeans has decreased steadily since the commercialization of GE soy in 2005. Tatesuzi de Sousa estimates that about 20 percent of Brazil’s soy production is non-GE. He says large companies, such as Monsanto, Pioneer Hi-Bred, BASF and others dictate what seed growers produce and what seed distributors sell to farmers.

“If the seed growers want access to good (genetic) material, they have to submit to what the companies want,” Tatesuzi de Sousa said. “They can tell farmers not to plant non-GE.”

Meanwhile, seed distributors withhold non-GE soybean seeds from farmers. “They keep (non-GE) seeds unavailable and when farmers buy all the seed, they say ‘we had all this non-GE seed available.’ But they aren’t putting it into the market,” Tatesuzi de Sousa said.

He refers to a commonly used term — the 85/15 rule, which means that distributors will sell 85 percent GE seeds and just 15 percent non-GE.

“This is control of the market,” Tatesuzi de Sousa said.

A similar situation is occurring in South Africa. Willem Visser, marketing manager for Delta Seed, an independent seed company, says it is “virtually impossible to get non-GE soy seed in South Africa.”

There, the soybean market essentially is dominated by three companies: Pioneer and a subsidiary, Pannar, and Link Seed. A glance at the companies’ websites showed that all soybean seed varieties offered are Roundup Ready.

In India, genetically modified Bt cotton accounts for 85 percent of the country’s cotton production. Non-GE cotton seed varieties are being phased out by private and public seed breeders.

“Farmers buy Bt seeds because they have little choice — it is very hard to find non-GE seeds anymore,” said Glenn Davis Stone, a professor of anthropology and environmental studies at Washington University in St. Louis, whose research has focused on India’s cotton production.

In response to increasing dominance of GE seed, non-GE seed initiatives have been launched in several countries. Some small U.S. seed companies — such as eMerge Genetics for soybeans and Spectrum Premium Genetics for corn — are breeding non-GE seed varieties as farmers face increasing weed and insect resistance problems with GE seeds.

In Brazil, the Soja Livre or “Soy Free” program was launched by Embrapa, Brazil’s leading agricultural research organization, along with several other groups. The program aims to breed non-GE soybean varieties and “provide greater competitiveness to the production chain.”

Tatesuzi de Sousa says Soja Livre is succeeding. “We now have 13 seed companies selling non-GE seed, when before there was only one.”

In India, the University of Agricultural Sciences Dharwad, bioRe India, Ltd., and the Swiss-based Research Institute of Organic Agriculture launched a joint effort in 2011 “to re-establish the seed value chain for non-GE cotton.”

In South Africa, Visser also sees farmers returning to non-GE seed because of insect resistance problems. “There seems to be a spark of interest from more and more farmers about non-GE corn and soy seed,” he said. “We’ve been yielding better in trials than most GEs, and our products are more consistent. Our pricing is also much better than the GE hybrids.”

Ken Roseboro is editor and publisher of The Organic & Non-GMO Report, a monthly news magazine that focuses on GE food issues and the growing non-GE food trend.

Northwest blueberry supply outstrips demand, and Wash. apple farmers may have a hard time finding export markets for millions of boxes of apples. Also: the farm worker shortage continues on Wash. farms, and strong demand from overseas has bumped the value of Northwest pink shrimp.

Letters to the editor, September 2013

Donating to I-522, Biodynamic wines, Sustainable shrimp, and more