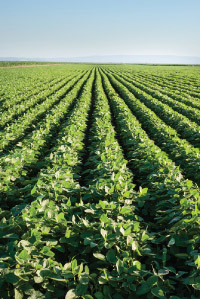 Washington farmers are optimistic that a U.S. senate plan addressing immigration reform may ease the severe labor shortage they’ve experienced in recent years. Many farmers think the current guestworker program is too complex and have relied on undocumented immigrants. The bipartisan plan released in January would give agricultural workers a path to citizenship.

The U.N. Food and Agriculture Organization has declared 2013 the International Year of Quinoa. Cultivating the tiny, high-protein seed around the world reportedly could feed millions of low-income people and assure a good income for thousands of small farmers. A relative of spinach and beets, quinoa can grow in harsh environments and needs little water.

There were good harvests of California organic almonds and walnuts in 2012 but prices are soaring as demand is far outpacing supply. Organic peanuts are another story — almost no organic peanuts were harvested domestically this year as the high cost and added labor of growing organic peanuts has driven most U.S. growers to grow non-organically.

The Idaho legislature has given the state’s honey commission the power to enforce a rule that prevents the sale of so-called “funny honey” — adulterated honey that’s sold below the cost of the real stuff.

Oyster growers on the West Coast continue to address the production problems caused by ocean acidification. There is little doubt that it is a critical issue, but production remains relatively consistent at about 10 million pounds of meats a year. About 75 percent of U.S. oysters are produced in Washington state.

Due to overfishing in the Atlantic, mackerel recently were knocked off the U.K.’s Marine Conservation Society (MCS) list of most sustainable fish to eat. Small forage fish, mackerel are incredibly important to maintaining a diverse ocean ecosystem. They don’t rebound resiliently.

Some call them bacteria or bugs but the nice name for this lively population is "flora." More than 500 different species make up the flora in our bodies, weighing in at between 2 and 5 pounds.

PCC Board of Trustees report, March 2013

Notice of annual membership meeting, 2013 election, Meet the board candidates, and more

The organic dairy sector provides more economic opportunity and generates more jobs in rural communities than conventional dairies, according to a report released in November by the Union of Concerned Scientists (UCS).