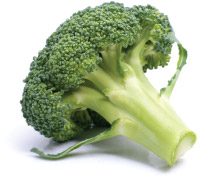 When foods are described as “healthy,” they often are perceived as the opposite of delicious.

Researchers have found that if the exact same food is given to a taste panel with two different names, the panel almost always prefers the plate of “homemade cookies” over the plate of “whole-grain cookies” — even when the only difference is the name.

Here are three reasons to explain why you may equate “nutritious” to “not delicious,” and some tips to help reverse this trend.

Our first experiences with food as a child impact our taste preferences throughout life. Strong flavors from spices (garlic, cumin, vanilla) are detectable in the mother’s womb and even in her breast milk, and researchers have confirmed early exposures make kids more likely to enjoy these flavors when they’re young. This process even could be a major way cultural food habits are passed down from generation to generation.

Early flavor experiences are so important in developing healthy eating habits throughout life that parents often are advised to keep offering vegetables to children, even if kids say they don’t like it. The more repeated exposures kids have to broccoli, for instance, the more likely they are to start liking it.

Speaking of broccoli, have you ever wondered why some adults can’t stand the taste of bitter green veggies, such as kale and collards, while others love them?

Non-tasters still can taste food, but they have fewer taste buds and therefore don’t fully taste the intense flavors in certain foods in the same way the supertasters do. Hot spices such as cayenne can have a similar effect. Too much and a food becomes unbearable for the supertasters, while many non-tasters can’t seem to get enough.

Supertasters generally avoid bitter tastes (coffee, tea, broccoli, kale, pomegranate, tonic water) as well as super spicy (chilies, mustard, curries, garlic) or salty foods, while the non-tasters enjoy each of these. Some think that supertasting evolved as a trait to help our ancestors avoid toxic plants, which often have a strong bitter taste. Today the trait makes it harder for some of us to consume healthy (but strong-tasting) foods.

The good thing about being a non-taster is that it makes it easier to incorporate a wider range of healthy foods into your diet because you are more likely to enjoy broccoli, cabbage, garlic, spices, tea and coffee. The downside is that you may have a harder time telling people what a unique heirloom variety of produce tastes like, and describing the taste of a glass of wine is almost impossible without reading the bottle first.

3. Innate preference for fat and sugar

The third explanation for why some of us prefer unhealthy foods is because of an evolutionary instinct that “teaches” us to crave foods high in fat, sugar and salt.

The theory is that craving fats and sugars ensures greater caloric intake, ensuring greater survival during scarce times. In today’s world, this instinct is pushing us to eat more pizza, French fries and burgers.

This concept also explains why we don’t usually crave low-calorie foods such as broccoli, quinoa or lentils and many health-conscious shoppers end up forcing themselves to eat these superfoods.

Since launching our online searchable database of PCC deli dishes earlier this year, many shoppers have been busy using it to look up nutrition information about their favorites, from salads and soups to our hot bar offerings. Now, we're pleased to announce this information is available for PCC Bakery items, too.

It's the International Year of Quinoa! Also: immigration reform, "funny" honey and the impacts of ocean acidification are a few things on the minds of farmers and fisherman.

Probiotics are good bacteria found in fermented and cultured foods that find a home in our digestive system. These beneficial microorganisms assist with normal digestion and benefit our immune system, even warding off colds.