This article was originally published in May 2005 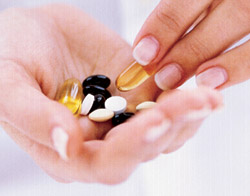 (May 2005) — One question people are asking PCC these days is whether recent events in Europe will affect the ability of consumers to buy supplements here in the United States. At this point, we don’t expect the U.S. government to restrict access to supplements. But we’re keeping an eye on the situation and will keep you posted as events warrant.

Why are some shoppers concerned? Because of several events on both the international level and here at home. There are rumors circulating on the Internet that over-the-counter vitamins, minerals and herbs will have greatly reduced potency and that thousands of supplements will not be available at all. Those rumors don’t appear likely to come true at this point.

“It’s not a clear and present danger right now. We do need to be concerned about what’s happening in Europe, but what’s going on over there isn’t necessarily going to affect us in the United States,” says Craig Winters, founding president of Citizens for Health. Winters’ non-profit was instrumental in the landmark battle 10 years ago to convince Congress to pass laws, such as the Dietary Supplement Health and Education Act (DSHEA), protecting consumer access to supplements. Here’s a brief look at the issues.

If you’d like to learn more about these issues, visit:

International Natural Products Regulations Q&A: What affect do they really have on the U.S.?, NNFA Today, November/December 2004.

Europeans working in the natural food industry consider the judge’s ruling a victory but are remaining cautious. The decision will be reviewed by the European Court of Justice, and it reverses decisions from lower courts 20 percent of the time, according to newspaper reports. A final decision is expected in June.

John McKee, manager of Hanover Health Foods in Edinburgh, Scotland, calls the directive a “dead duck” but warns: “People still should be wary because anything could happen, especially if political pressure is brought to bear on the European Court of Justice. But this is more hope than we have had for five years.”

The directive would prevent some 200 vitamins and minerals from being sold in Europe, according to Suzan Walter, president of the American Holistic Health Association. Some of the items not approved are pro-vitamin A carotenoids, chromium picolinate, and selenium yeast.

“While a supplement normally would need to be proved dangerous to be removed from public consumption, the directive works in the opposite way,” Walter says. “The supplement must be proved safe to get onto the ‘positive list’” in order to become available for EU consumers. It’s also very expensive, she says, to prove that vitamins or minerals are safe.

Europeans are concerned about these new rules, but how will we be affected here? U.S. supplement manufacturers may have to alter their formulas to sell to Europe. It’s also possible, though some say unlikely, that the EU directive will influence the World Trade Organization to rule against the United States should trading conflicts arise over supplements.

Codex guidelines for vitamin and mineral supplements
The EU’s actions have a strong influence on the decisions of the Codex Alimentarius Commission (CAC), created in 1962 by the United Nations. The CAC is charged with establishing international guidelines on food law, including supplements, and it has drawn up new, non-binding guidelines expected to be finalized in July that may have an impact on supplements.

Walter says one of the biggest concerns about the proposed guidelines is the vague manner in which maximum amounts of vitamins and minerals allowable in supplement products will be determined. Some consumers are worried that the upper limits will be set too low. The upshot is that consumers might need to take a handful of low-dosage capsules instead of one convenient high-dosage capsule.

Winters says the Codex guidelines are not mandatory and will not trump U.S. laws designed to protect our access to supplements. Attorneys for the National Nutritional Foods Association say “the guidelines will not have any practical impact on sales of dietary supplements in the United States, either by suppliers or retailers.”

Status of DSHEA legislation
The Dietary Supplement Health and Education Act of 1994 (DSHEA) was a key piece of legislation that protects our access to supplements. According to Walter, there were several bills introduced last year that could have reversed some of the DSHEA protections. None of the measures were enacted into law last year, but they could be reintroduced this spring.

One of the more controversial measures was the Dietary Supplement Access and Awareness Act, which would grant the Food and Drug Administration the same authority to regulate supplements that it has to regulate over-the-counter drugs. “Opponents are concerned,” says Walter, “that this is working toward the day when you need a doctor’s prescription to get vitamin and mineral supplements.”

But Winters says that key Sens. Orrin Hatch and Tom Harkin are working on measures that would support and strengthen the DSHEA.

The NNFA will continue to lobby for DSHEA-type protections in the international arena and Winters says we should do what we can to support European activists in efforts to improve their access to supplements. He adds that the “very active and educated consumer base” in the United States will help us maintain our access to supplements here.

Are you sensitive to certain foods?