Celebrating 30 Years in the Ravenna Neighborhood

This article was originally published in February 2001 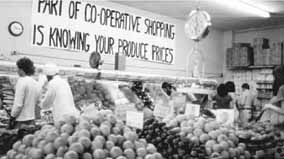 Early image of the Ravenna store.

Working with the community

PCC management and the board of trustees are working with the Ravenna community on the future of the Ravenna store site. The store closed January 13.

On January 10, PCC representatives attended a meeting of the Ravenna Bryant Community Association (RBCA). PCC management is taking input from the community to get a sense of what the community wants at the Ravenna site.

Since PCC announced the closing of the Ravenna store, management and the board of trustees have received quite a bit of thoughtful feedback from members on the decision, the decision-making process and the way in which the decision was reported to members. We’ve received 27 phone calls and 64 letters and emails. A petition to keep Ravenna open another year was received the day the Ravenna store closed. More than 600 shoppers signed it.

Here’s a sample of the feedback. 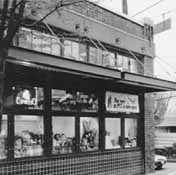 “I’ve been a PCC member since 1991, when I moved to Seattle What I’ve enjoyed about shopping at the Ravenna store is its size… I wish all the stores didn’t have to be the same and I miss the days when I could run into a small grocery and get a few fresh items without having it be a ‘shopping event.'”

“Sorry to hear about the Ravenna store closing. I can understand the need, but it feels like a psychological loss. I have shopped there for 23 years. I now work near the View Ridge store so you will definitely still have my business.”

“I feel that PCC provided Ravenna with a community anchor. I would like to commend the employees at this market that helped define the community in the Ravenna area over the years. It is not unusual for businesses to close less profitable sites, but it does seem that community-owned businesses like PCC should make an effort to examine the impact these decisions have on the community.”

“I’m certain that making a decision like this is complicated. I know it must have been a hard and difficult decision. Thank you for doing it on behalf of the membership. I trust the business sense behind it.”

A word from Kathy Blackman, Board Administrator, PCC Board of Trustees

I was on the PCC Board in the 1970s when that store opened and I have lived in the neighborhood since that time. We purchased our home in order to be able to walk to the store. We loved the intimate feel of the Ravenna store. Closing it impacts my family very much, the same as many of our members. Unfortunately, there are not enough of us to keep the store going.

The Ravenna store closed because it was losing a great deal of money due to low sales. Sales were low because more and more of our potential sales dollars were being spent at other stores in the area.

One big reason is that by and large our members and potential members prefer larger format stores in order to have more product selection. While closing the Ravenna store does not better serve the needs of those of us in its immediate vicinity, it does better serve the needs of the entire membership. If PCC could have continued to operate the Ravenna store without losing so much money, it would have. 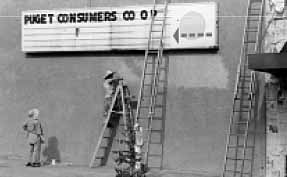 The issue of how the decision was made, and how to involve members in it, is a very difficult one. Having served on the board, and now working with the board as a staff member, I can tell you that no real estate decisions — whether opening or closing a store — have ever been made by the board in a public forum, meaning outside of a closed session board meeting.

That does not mean that the board ignores member input on the topic. It does mean that the input is gathered not through open membership meetings, interaction on the website or in the newsletter, but rather through such vehicles as surveys, the sustainable store team of members that served at the Ravenna store over the last few months, as well as their own perspective as consumer members. The board represents the membership in this fashion.

In the end, the responsibility of the board has to be to the entire membership, not to a single neighborhood, as painful as it’s been.

We appreciate that our members took time to write. All comments on the Ravenna store process are being read by the board members.

Food Security, Farmland and Your Heart

Letters to the editor, February 2001