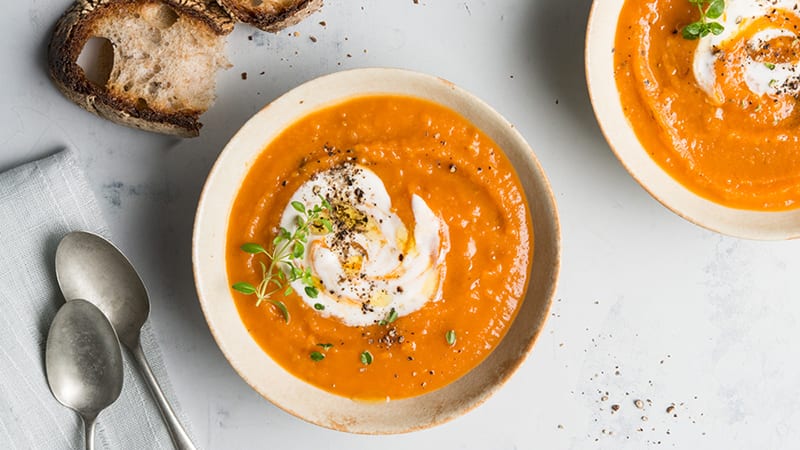 January 2016 marks the 10th anniversary of the National Soup Swap. If you’ve ever attended a cookie exchange, you get the basic idea — everyone comes with several batches of one recipe, and goes home with one batch each of several recipes. If you’d like to host a swap, the check list is pretty simple.

Since the goal is everyone ending up with a variety of soups, it’s even more fun with a bigger group. It’s an easy way to introduce different groups of friends to each other – as long as they enjoy a bit of cooking, they’ll have something to chat about! Facebook or email can work well since they give you space to explain the swap.

Have all your attendees make at least four quarts of soup, packed into four separate one-quart freezer containers. Each of the quarts should be labeled and either frozen or refrigerated. A separate container of soup to sample doesn’t have to be big, but generous enough that everyone can have a sip or two.

Settle on a swap method

The organized way is that every guest gets a number, and everyone goes around the room choosing a soup to take home in the order of their number. This is calm and orderly, but might result in someone going home with the soup they brought, or the least popular soup being very obvious. Of course, if you have a different auction method you prefer, go for it.

Add some punch or wine and put out some bread, cheese and a big salad. You’ve got just the right amount of extra treats to round off a simple menu of soup-sampling sips.

10 super soup recipes for the freezer

Not all ingredients freeze well. Pasta will turn to mush, although you can make the rest of the soup and add noodles once it’s reheated. Avoid shellfish (flavors can be off), too much milk or cream (it can separate) and anything thickened with egg (it will be watery).

All of these soups will freeze well, and include some of our most popular recipes, like Tiger Mountain Chili and Breathtaking Black Bean and Avocado Soup. Get recipes.

Locally roasted just for us