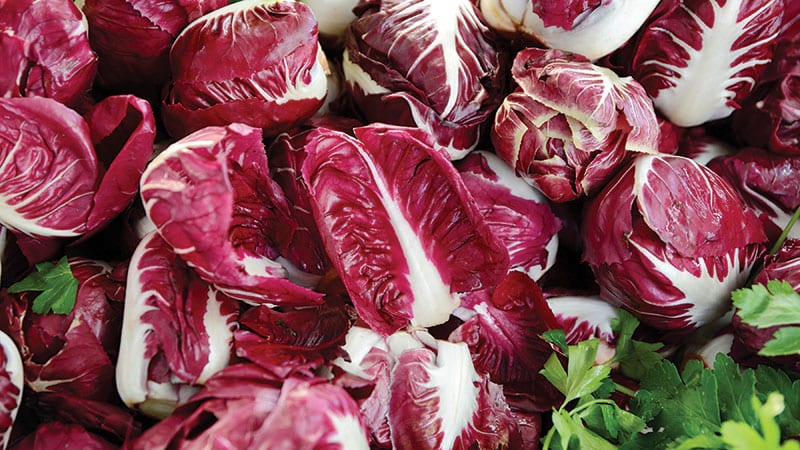 Farmers Siri Erickson-Brown and Jason Salvo of Duvall-based Local Roots Farm are leading a regional effort to raise the profile of radicchio by establishing the Pacific Northwest Radicchio Association. Radicchio is widely grown in northeastern Italy, whose latitude and climate are comparable to those of the Pacific Northwest. The new organization will bring together growers, processors, wholesalers, distributors, retailers and restaurants in Oregon and Washington. (CapitalPress.com)

Nearly four years after traces of chemicals believed to cause health problems in children and reproductive issues in adults were found in mass-market macaroni and cheese packets, Annie’s Homegrown has begun working with its suppliers to eliminate the offending material from their food processing equipment. The presence of the chemicals, called ortho-phthalates, rattled consumers who rely on the food staple, especially parents. Phthalates make rigid plastic more flexible material and are commonly used in tubing and conveyor belts found at food manufacturing plants and in food packaging. (NYTimes.com)

For more than a decade, Washington State University geneticist Amit Dhingra has been trying to figure out the underlying genetics of pear ripening in order to design postharvest products that could deliver consistent fruit quality. A series of research projects that began with trying to understand the seemingly unpredictable impacts of 1-MCP (1-methylcyclopropene, which blocks ethylene receptors) on pears and finding postharvest products that would deliver consistent fruit quality are now starting to fit together like the pieces of a puzzle, Dhingra said, with new tools to spur ripening and a genetic understanding of how and why they work. A new Specialty Crop Block Grant from the Washington State Department of Agriculture will help Dhingra and a commercial partner, Crunch Pak of Cashmere, to commercialize the use of the ripening tools on 1-MCP-treated fruit in a sliced pear application that Dhingra believes could create a new pear market. (GoodFruit.com)

The U.S. Department of Agriculture (USDA) National Organic Program (NOP) has published an “enforcement dashboard” with information about enforcement activities from January 1, 2020 through December 31, 2020. This report indicates that the NOP closed 448 cases during that 12-month period. Of these cases, 1% were referred for criminal investigation and 3% resulted in civil penalties, settlements or appeals. Of 390 open cases in progress at the NOP, 8% are allegations or complaints related to prohibited practices, 2% relate to prohibited substances, 8% relate to pesticide residues, and 15% relate to fraud. The vast majority, 63%, relate to uncertified operations making organic claims.
(NationalOrganicCoalition.org)

Melody Morrell, former operations director for The Cornucopia Institute, is the nonprofit organization’s new executive director. Prior to joining Cornucopia in 2012, Morrell spent 15 years in nonprofit event planning, communications, operations and direct programs. Her history includes a formative five years helping to shape and share the messages of Echo Valley Hope, an educational nonprofit “raising the voice of peace and sustainable living.” (Cornucopia.org) 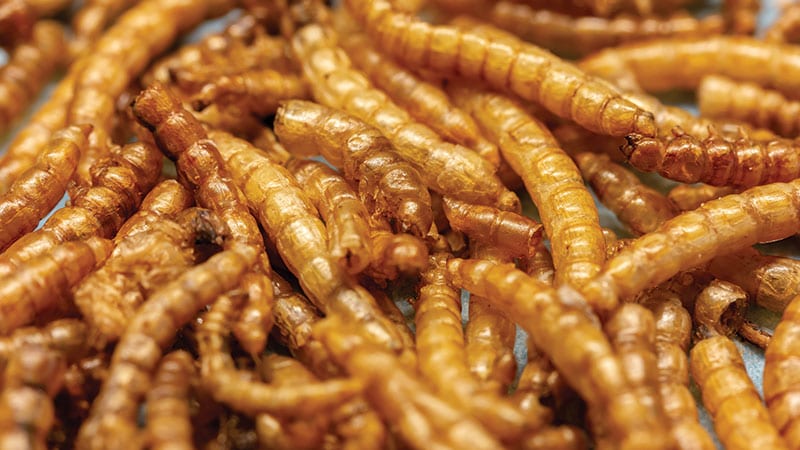 Yellow mealworms have become the first insects cleared for human consumption by scientists at the European Union’s food safety agency. The use of the “whole, dried insect in the form of snacks” and its use as an ingredient in other products “is safe under the proposed uses and use levels,” a panel established by the European Food Safety Authority (EFSA) concluded. However, the panel also noted that the insects—which are “high in protein”—could provoke an allergic reaction in some consumers, suggesting mealworm products would have to come with a warning label. (IrishLegal.com)

A coalition of sustainable farming groups is calling on the Federal Trade Commission (FTC) to regulate use of the term “independent family farms,” which it calls deceptive to customers and harmful to “truly independent farmers.” This isn’t the first time FTC has been asked to step in and regulate marketing terms in the food industry. Most recently, consumer interest groups have called on both FTC and the Food and Drug Administration, which oversees labeling of processed foods, to define what exactly “natural” means. (TheCounter.org)

When U.S. cities self-report emissions, they reportedly miss nearly 20% of the greenhouse gases spewed into the air on average, according to a new study. In a study published in the journal Nature Communications, researchers compared 48 cities’ self-reported emission inventories to their own projections. The researchers’ projections compile emissions from sources such as factories, power plants and roadways as well as census block groups using publicly available data. (TheHill.com)

You’ve got mail…from your spinach

The superfood spinach might now be capable of sending emails warning humans about climate change, pollution and explosive materials. According to a study published in Nature Materials, a scientific journal that focuses on science and engineering, engineers at MIT developed a method to transform spinach sensors that are capable of detecting explosive materials: When the roots of the plant detect compounds found in explosives in groundwater, carbon nanotubes within the plant leaves send a signal to an infrared camera. That camera then sends an email alert to scientists monitoring the area. (Today.com) 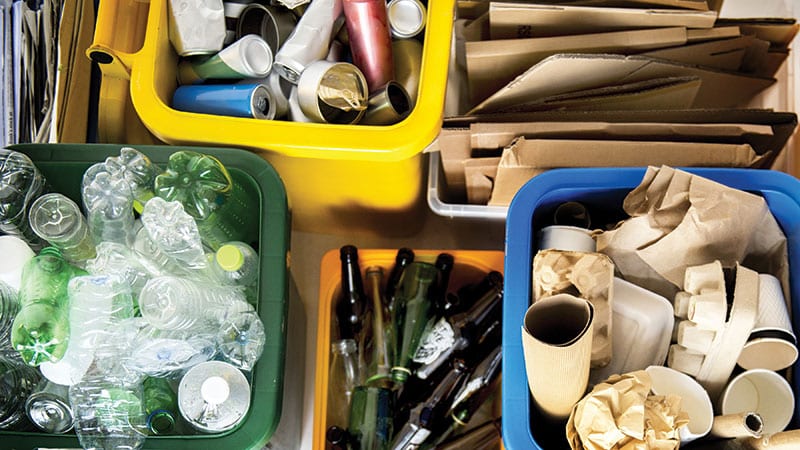 Oregon lawmakers are considering two bills that aim to overhaul the state’s recycling system by requiring packaging companies to take responsibility for their products. Both bills would create a statewide list of what is recyclable in curbside bins, and both would ban the use of the chasing arrows recycling symbol on packaging that isn’t actually recyclable. Gov. Kate Brown is backing a bill that calls for packaging companies to share the cost of recycling with governments and consumers, requiring companies that produce packaging, paper and disposable food service ware to form a producer responsibility organization that would develop a plan for recycling all of the items on the statewide collection list and meeting a yet-to-be-determined goal for plastic recycling. (OPB.org)

Ann Cooper, known as the “Renegade Lunch Lady” for her support for quality school foods, has retired from her job as food service director for the Boulder Valley School District (BVSD) in Boulder, Colo. Cooper helped set up the district’s farm-to-school program and was responsible for the creation of the district’s Culinary Center, a 13,000-square-foot centralized kitchen that helps provide 14,000 scratch-cooked meals a day for students. Outside of BVSD, Cooper set up the Chef Ann Foundation, a nonprofit organization that helps schools across the country prepare scratch-made, locally sourced food. (FoodServiceDirector.com) 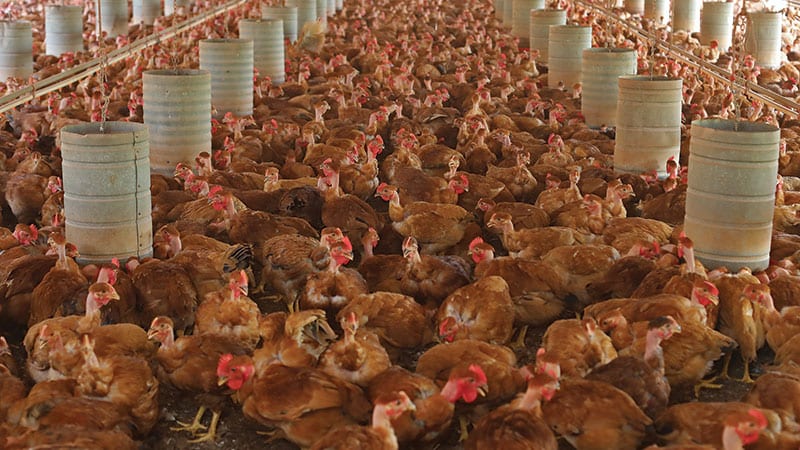 The Biden administration has withdrawn a proposed rule that would have allowed poultry plants to increase line speeds to 175 birds per minute from 140 birds per minute, an increase of 25%. During the Trump Administration, USDA’s Food Safety and Inspection Service approved temporary waivers for more than 50 poultry plants to increase slaughter speeds, including 15 during the pandemic, The Washington Post noted. The withdrawn rule would have made those permanent and allowed other plants to adopt the 175-birds-per-minute line speed without the need to apply for a waiver. (FoodDive.com)

Washington’s salmon are “teetering on the brink of extinction,” according to a new report. The Washington State of Salmon in Watersheds report shows a trend of warming waters and habitat degradation is causing trouble for its salmon runs. Ten of the 14 threatened or endangered salmon and steelhead runs in the state are not getting any better; of those, five are “in crisis.” (Crosscut.com)

Recent research in aquaculture, the farming of fish and other marine organisms, reveals a growing concern: farmed fish contaminated with microplastic particles by way of their feed. These studies are troubling because they show that farmed fish are directly being fed plastics, which can impact their health and nutritional value. In one new study published in the journal Aquaculture, scientists sampled 26 fishmeal products from 11 countries on four continents plus Antarctica and found plastics in every sample except the one from Antarctica. (EHN.org)

The global food system is the biggest driver of destruction of the natural world, and a shift to predominantly plant-based diets is crucial in halting the damage, according to a report by think tank Chatham House. Agriculture is the main threat to 86% of the 28,000 species known to be at risk of extinction, the report said. The root cause is a vicious circle of cheap food, where low costs drive bigger demand for food and more waste with more competition, then driving costs even lower through more clearing of natural land and use of polluting fertilizers and pesticides. (TheGuardian.com)